Vice-chancellor Richardson said the “decline was expected as a result of the changing fee regime occasioned by Brexit, but it is stark”. 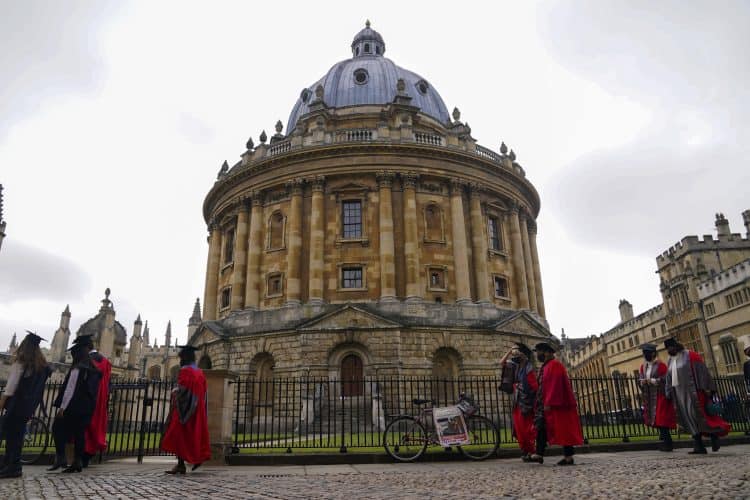 Brexit has caused a “steep decline” in the number of students from the European Union going to study at Oxford University, the annual admissions report has shown.

The university’s report found the number admitted from the EU has halved, from 8 per cent of overall students to 4 per cent, and from an average of more 260 for the past four years to 128 this year.

The proportion of British students increased slightly to 82 per cent, compared with a Russell Group average of 73 per cent.

Vice-chancellor Professor Louise Richardson said the “decline was expected as a result of the changing fee regime occasioned by Brexit, but it is stark”.

The rise was particularly marked during the pandemic years, with 62 per cent of state school applicants gaining places in 2019, compared with 69 per cent in 2020 and 68% in 2021.

There were significant differences in how many students got into Oxford from different areas of the UK, with 27 per cent from Greater London during 2019-21, compared with 2 per cent in the North East.

Funded by an anonymous donor, it involves a one-year course aimed at developing students’ academic skills, self-belief and confidence, and is aimed at state school pupils who have “significant academic potential, but who have experienced severe personal disadvantage or a disrupted education which has damaged their ability to apply for an Oxford undergraduate place”.

There will be 50 places each year and living expenses, accommodation and tuition will be fully funded. The first cohort will be admitted in October 2023.

Oxford’s report showed that most students admitted in 2021 (68%) achieved three A*s at A-level but students will be able to access the foundation year with grades from BBB to AAB.

Prof Richardson said: “We are delighted to announce the launch of the Astrophoria Foundation Year, which will have a transformative impact on the lives of the smartest students who have experienced grave disadvantage.

“The programme will enable us to accelerate the progress we have made, as demonstrated in our annual admissions report, in broadening the socio-economic backgrounds of our undergraduate students.

“I am deeply grateful to the generous donor who shares our belief in the power of education and our commitment to identifying and nurturing talent.”