Majorca is looking to phase out the worst elements of 'drunk tourism' - and those donning football shirts are in the firing line. 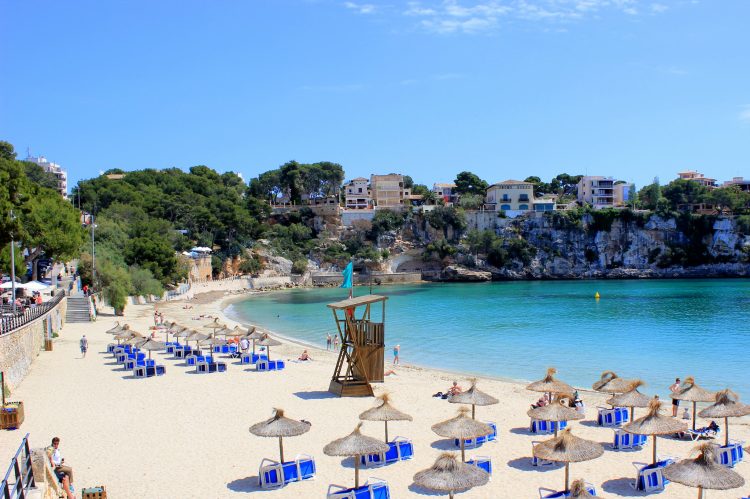 A ‘crackdown on the classless’ has begun in at some venues dotted around Majorca this summer – after local authorities declared their intentions to bring ‘drunken tourism’ to a halt in the region. One standout detail of the plan, however, includes the BANNING of football shirts.

Why are some resorts in Majorca banning football shirts?

So far, around a dozen restaurants and bars in the Playa de Palma have signed up to a ‘dress code’ agreement, which limits what patrons are allowed to wear when they drop in for a quick pint or 10. It’s fair to say that regular resort visitors are in for a culture shock…

Strapless tank tops, novelty items purchased from street vendors, swimming trunks/costumes, and football shirts find themselves on the forbidden list – and customers who enter selected restaurants wearing any of this gear will be refused service.

Neon clothing, oversized sunglasses, and ‘flashing items’ are also outlawed. Palma Beach CEO Juanmi Ferrer has since told the media that the reckless behaviour exhibited by tourists has pushed them towards taking drastic measures – as Majorca fights to bring ‘civility’ back to its streets.

Could this be the ‘beginning of the end’ for boozy trips to Spain?

It comes at a time where other Spanish tourism authorities have introduced curbs on how much boozed-up Brits can binge at all-inclusive resorts. Earlier this year, a string of hotels introduced a ‘six-drink-per-day’ limit – much to the chagrin of sun-seeking travellers.

Nonetheless, there are now definite signs that Spain’s biggest party towns are deciding to reign it in a little bit, and curbs on ‘tourist excess’ are becoming more established. Local residents in Majorca have since welcomed the dress code plans.

It’s also reported that venues will display a QR code upon entry, where punters will be told about this new policy.

It may not go down well with those who have only packed their football shirts and swimming trunks, but Majorca residents feel these resorts have been left with no other choice.