“I am legal and everything is alright but I feel sad every time I see that because at the end of the day, those people are here for a reason, they are hungry, they need to work."

by Andra Maciuca
in Food and Drink, News 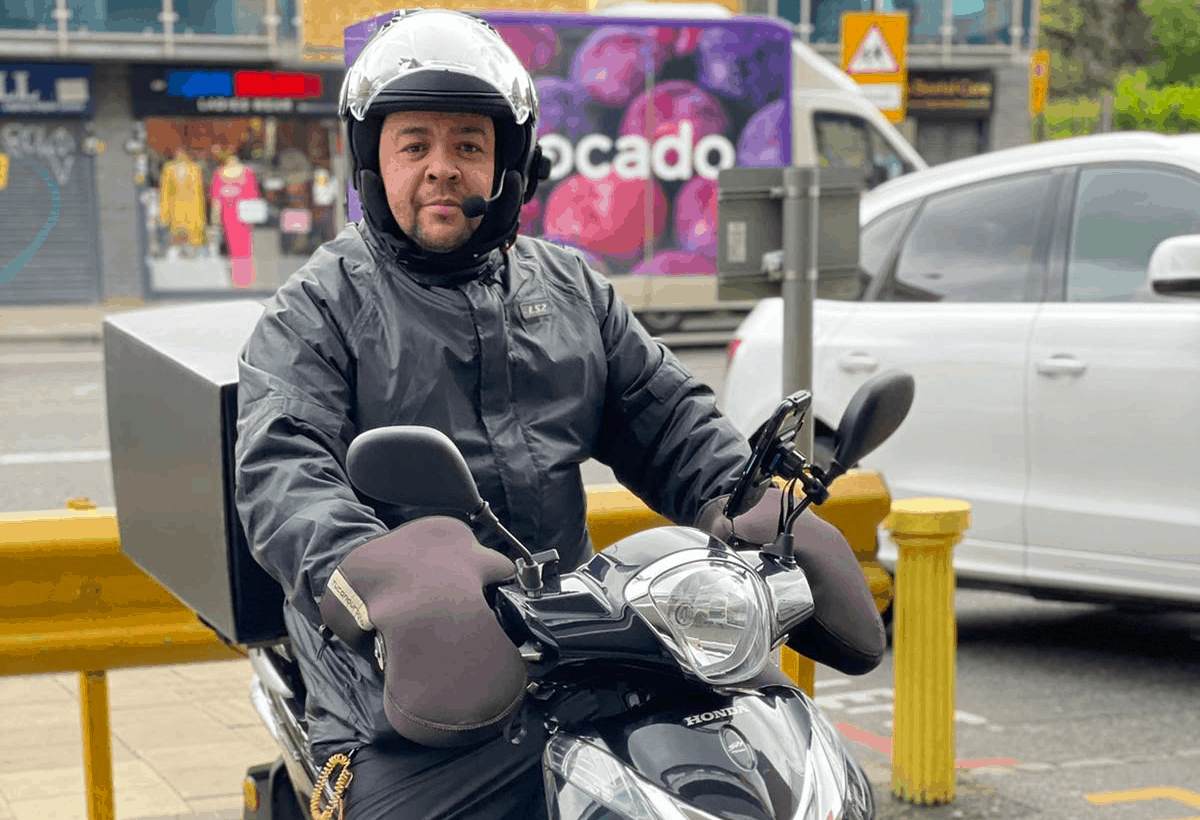 A food delivery driver has spoken out after a Met Police operation in Tooting saw several people in the industry being stopped in a move branded as “racial profiling”.

The operation resulted in two arrests for immigration offences, the Met Police had confirmed.

Fabiano Farias, 41, from Brazil, has been working for food delivery companies since last September.

He said the vast majority of his colleagues are from his home country – but he estimates about a third are of Asian background.

What happened in Tooting according to Fabiano

Fabiano said he is part of an online group together with other food delivery workers.

On the day that police were carrying out checks, Fabiano said many workers were talking about being stopped and checked – it was only delivery drivers on mopeds, according to their chats.

“They were panicking, because it’s not something that happens very often, so they just started to warn people not to come to Tooting, because the police is here, they were checking immigration and arrested two people. Some drivers did not come to work since then,” Fabiano said.

He added: “I am legal and everything is alright but I feel sad every time I see that because at the end of the day, those people are here for a reason, they are hungry, they need to work. When it happens, it makes everyone sad.

“Some of them gave up; they will want to find other jobs.”

Fabiano left Brazil in 2005 after a crisis which hit the country “very hard”.

“I used to work in aviation and one day I came to work and the company was closed. I looked for jobs for eight months and couldn’t find anything,” he said.

He lived in Switzerland for three months, which he found very hard because of immigration checks: “After my visa ran out, I ran away”.

He added: “So I left, I lived in Italy for eight months, where I worked in a kitchen from 7am until midnight and earned 600 euros a month.”

In Italy, he experienced racism, where people were using a racist phrase when addressing him.

But he has experienced racism in London too. “I just get away from people if they are like this here,” he said.

Before working in food delivery, he was working for Amazon, but he said he didn’t have any money at the end of the week.

“I am very tired but at least I earn money. I want to have a better life so I have to work more.

“Living in London is not easy.”

After Brexit, Fabiano thinks it is going to be harder for workers who are categorised as “illegal”.

He said: “I think those who don’t have much information are going to lose.

“When I first lived here in the UK, they were asking me why I was here and where I was from and I was telling them I am Portuguese. It’s because if they don’t like you, they can call immigration.

“I never left the UK until 2012, because I was ‘illegal’. My ex wife was Romanian, so that is why I got a visa. After that, I finally started to travel in the EU.”

Fabiano doesn’t know if an economic crisis is likely to ever put Brits in the situation of having to search for work in other countries – but he thinks experiencing this makes people more empathetic towards migrants.