A look inside an economic system that "relies on the exploitation of workers for profit."

by Albert Toth
in Opinion 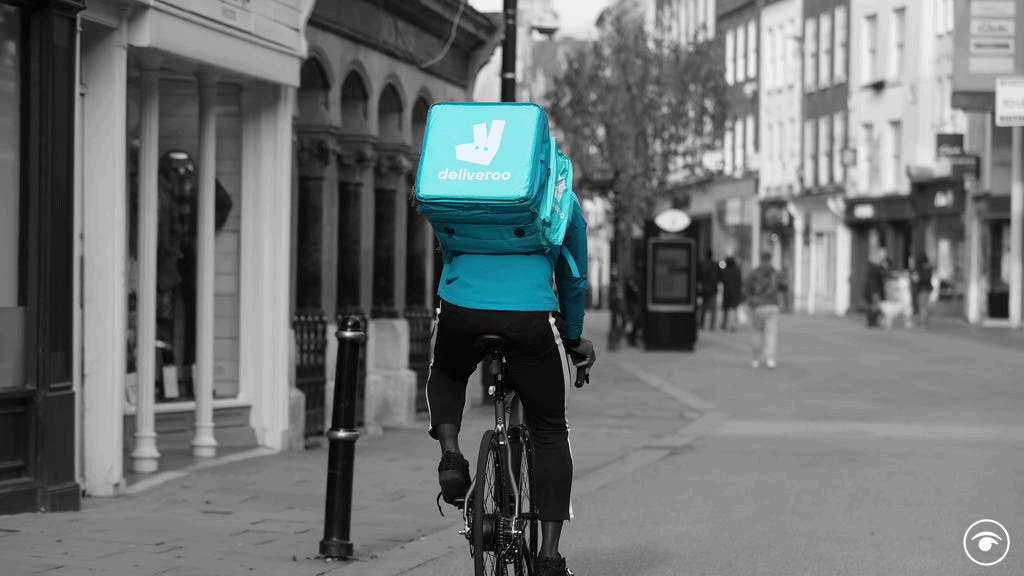 A recent report by the Bureau of Investigative Journalism found that, on average, one in three Deliveroo workers in the UK make under minimum wage. In one case, it was discovered a rider in Yorkshire made less than £2 an hour on shift.

Deliveroo is legally able to pay so little because its workers are technically classed as self-employed. This means that, unlike those who work a more traditional contracted job, they are not guaranteed workers’ rights like minimum wage, sick pay, or property insurance.

This also means Deliveroo workers are not bound to contracted hours and can choose to work as little, or as much, as they like. They also face termination by the company at any time, without right of appeal.

However, despite the company’s precarious pay and conditions, there are still around 50,000 people in the UK working with them. We spoke to several Deliveroo drivers in the UK about their experience, and why they choose to stay on with the company.

A key consensus between them was that the report is accurate but only tells half the story. Many see the compromise between secure pay and full flexibility as an unfortunate, but unavoidable sacrifice.

I spoke to Callum Cant, writer of Riding for Deliveroo, who contends this perspective:

“We live in an economic system that relies on the exploitation of workers for profit – and within the rules of that system, yes, maybe Deliveroo are unwilling to give workers a combination of the living wage income and genuine flexibility in hours worked.”

“But that doesn’t prove that the demand for both a living wage and flexible hours is ridiculous, it just shows how broken our economic system is.”

The key benefit identified by all riders I spoke to about why they chose to continue at Deliveroo is the ultimate flexibility.

“I can decide to work for a week straight or not work for a month” explains Walid, 23, who has worked with Deliveroo in London for three years, “I can choose not work at the last minute without any consequences other than not making money.”

Speaking to an anonymous Deliveroo worker in Portsmouth who has been with the company for five years, he explains his view that the business model is a necessary evil:

“The main reason I can earn £16+ an hour, for what is effectively an unskilled job, is because Deliveroo’s business model is to keep thousands of unpaid riders on standby.”

“If they were forced to pay minimum wage, sick pay, etc, they would simply get rid of most of us, and for the rest of us, the minimum wage would quickly become the maximum wage.”

Lower fees and on-boarding too many riders

Speaking to the riders about other aspects of the report, they say the massive differentiation in pay between shifts can be explained largely by the times you choose to work.

Working on Fridays and Saturdays will generally see riders make far more per hour than any other day of the week. Increased demand means more orders and less waiting around. One rider says that on the best days, he stands to make up to £15 an hour.

However, with Deliveroo placing no cap on the amount of riders that can work at any one time, this is also becoming less and less consistent.

“In the last two years it’s gotten a lot more difficult,” says Curtis, 26 from Cardiff. He explains that this is because of “lower fees and on-boarding way too many riders in areas that are already very well staffed.”

In response to the Bureau’s report, the Independent Workers’ Union of Great Britain (IWGB) organised socially-distanced strike action across the country on 7th April. Their demands included a living wage, access to holiday and sick pay, an end to unpaid waiting times, and the right to refuse unsafe work.

A cross-party coalition of 44 MPs, including Jeremy Corbyn and Caroline Lucas, sent a letter to CEO Will Shu echoing the strikers’ demands. There has been no response from the CEO.

But as Alex Marshall, IWGB president and former Deliveroo worker said ahead of the walk out: “Deliveroo presents a false choice between flexibility and basic rights.

“The Uber ruling showed that here as well as abroad, workers can have both.”