This is heartbreaking to watch. 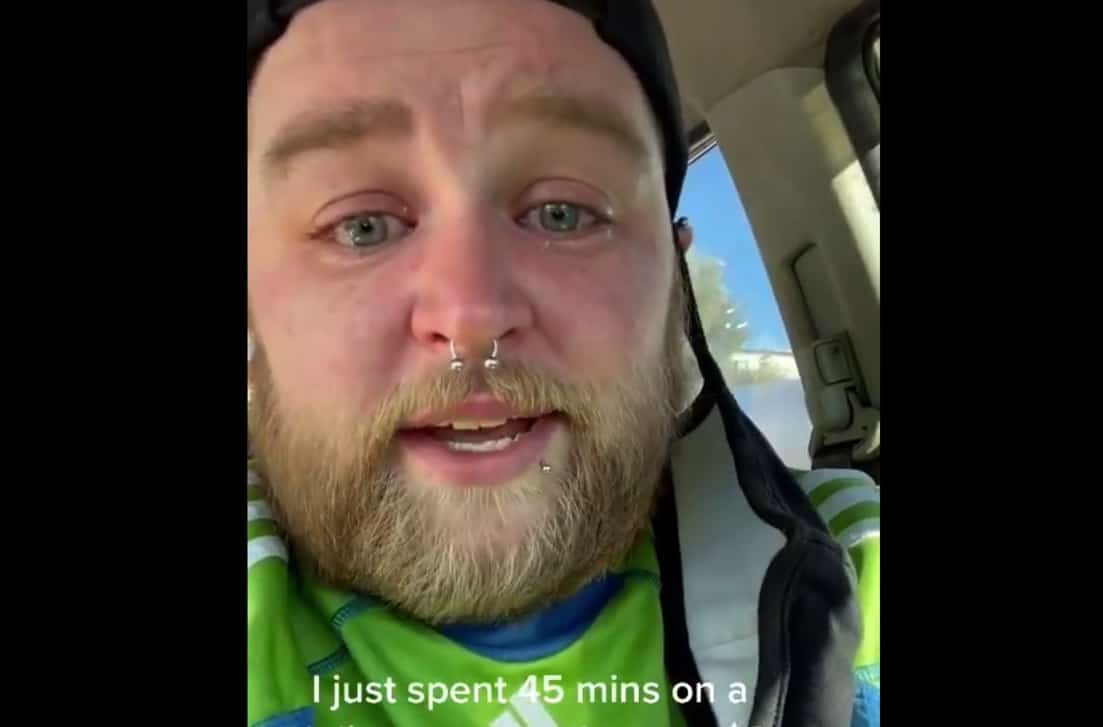 An UberEats driver on the brink of homelessness has posted an emotional video highlighting the realities of life working in the gig economy .

The clip was uploaded earlier this week by user Riley Elliot who had just nine followers on social media app TikTok at the time.

But it has since gone viral as users sympathised with his plight.

In the video, Elliot is sitting in a vehicle, clearly distressed after having completed a food delivery job. He says: “Y’all I wish that people who order UberEats or Doordash understood what it’s like to be a driver.”

In tears he goes on to explain that he was only paid $2.50 for the 45-minute job, and had to pay $3 for parking as the customer wouldn’t come outside to meet him. He added that the customer gave him only a $1.50 tip.

“I gotta prove three times rent for income in two weeks and I can’t. It doesn’t matter that I’m working multiple jobs, that I barely sleep, that I can barely afford to feed myself. I’m about to be homeless for the third time since May and it’s all because people don’t tip their delivery drivers. Like, how hard is it to throw us five bucks?”

In the on-screen caption he added: “I’m out here risking my life in a pandemic and no one cares.”

It was then shared on Twitter, where it has been viewed 3.4 million times.

Something needs to be done about this. pic.twitter.com/PvxbgiQl2s