The PM was a vocal supporter of the prince when sexual assault claims broke in a US courtroom in 2015. 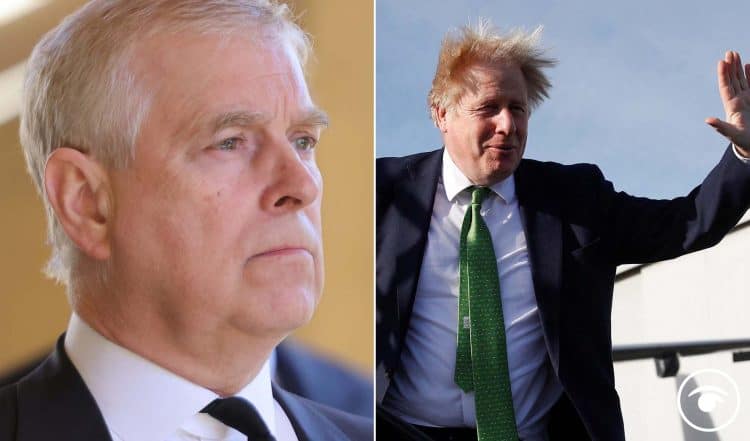 Comments made by Boris Johnson have come back to haunt him this week after Prince Andrew was revealed to have paid off Virginia Giuffre.

Back in 2015 US court claims emerged that the Duke of York had sex with an under-age girl.

It followed four days of torrid headlines for the prince after the allegations emerged in court papers.

At the time, Johnson revealed his ‘sympathy’ for Prince Andrew over the court claims.

The then London Mayor hailed the Duke of York for doing a “huge amount of unsung, unheralded work for this country”.

Speaking on LBC radio, Johnson said: “Prince Andrew, let’s be very clear, is a guy who does a huge amount of unsung, unheralded work for this country and people, they go on and on about air miles and so on – actually, I’ve seen that guy get out there and sell this country, try and help British firms to get business around the world.

He added that the prince is a “familiar and welcome figure in governments and countries around the world, because he helps to open doors.”

Mr Johnson went on: “We may think it’s bizarre, but somebody who is the second son of the Queen is felt, in many parts of the world, to be an interesting and significant figure, and they want to receive him cordially.

“And people who come with him are…they want to hear what business suggestions they have. And so I think that, you know, people should respect that side of his work.”