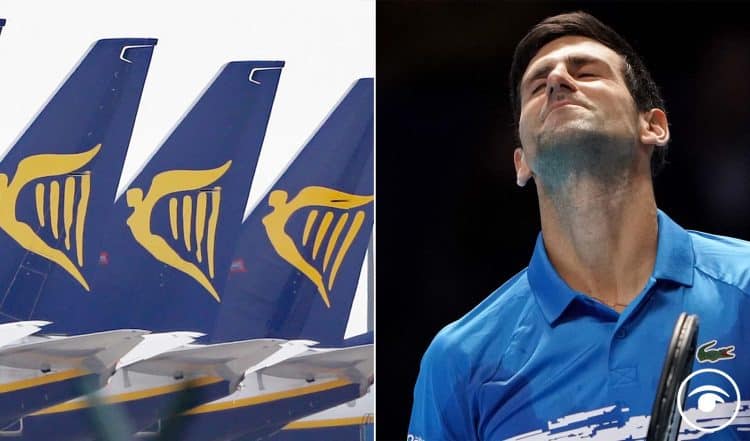 Novak Djokovic says he will not defend his Wimbledon or French Open titles if the tournaments require mandatory vaccination for competitors.

His comments were met with confused reactions online and now even budget airline Ryanair has waded into the row.

“Yes, that is the price that I’m willing to pay,” the world number one told the BBC when asked if he would sacrifice participating in the competitions.

“I say that everybody has the right to choose or act or say or feel whatever is appropriate for them.”

The 34-year-old, who is not vaccinated against Covid-19, said he would forego the tournaments “because the principles of decision making on my body are more important than any title or anything else”.

“I’m trying to be in tune with my body as much as I possibly can,” he added.

Four-time Wimbledon semi-finalist Tim Henman, who is on the committee of the All England Club which organises the tournament, feels Djokovic is unlikely to be stopped from playing in SW19 this summer.

Asked if he foresaw any issue with Djokovic playing at Wimbledon, Henman told BBC Radio 4: “I don’t think so. To get into the UK at the moment, those are the guidelines the Championship will be following at this stage.

“At this moment in time it is going to be government-led.

“I do understand his concerns. I would reiterate it is absolutely his prerogative to have the vaccine or not. As a former player and a tennis fan, it was probably not what I wanted to hear in that interview, but probably what I expected.

The BBC’s original tweet paraphrased a section of his interview that said: “I’m not anti-vax but I will sacrifice trophies if told to get the jab”.

In response, Ryanair quote-tweeted the BBC’s interview with Djokovic alongside the comment: “We’re not an airline but we do fly planes”.

Related: ‘Novaxx’ Djokovic gets meme treatment after being denied entry to Australia