Boris Johnson, the favourite to become British prime minister, said he will seek a new Brexit deal with the European Union but if the bloc refuses his demands then he will lead the world’s fifth largest economy out without agreement on Oct. 31. The United Kingdom’s three-year Brexit crisis could be about to deepen as […] 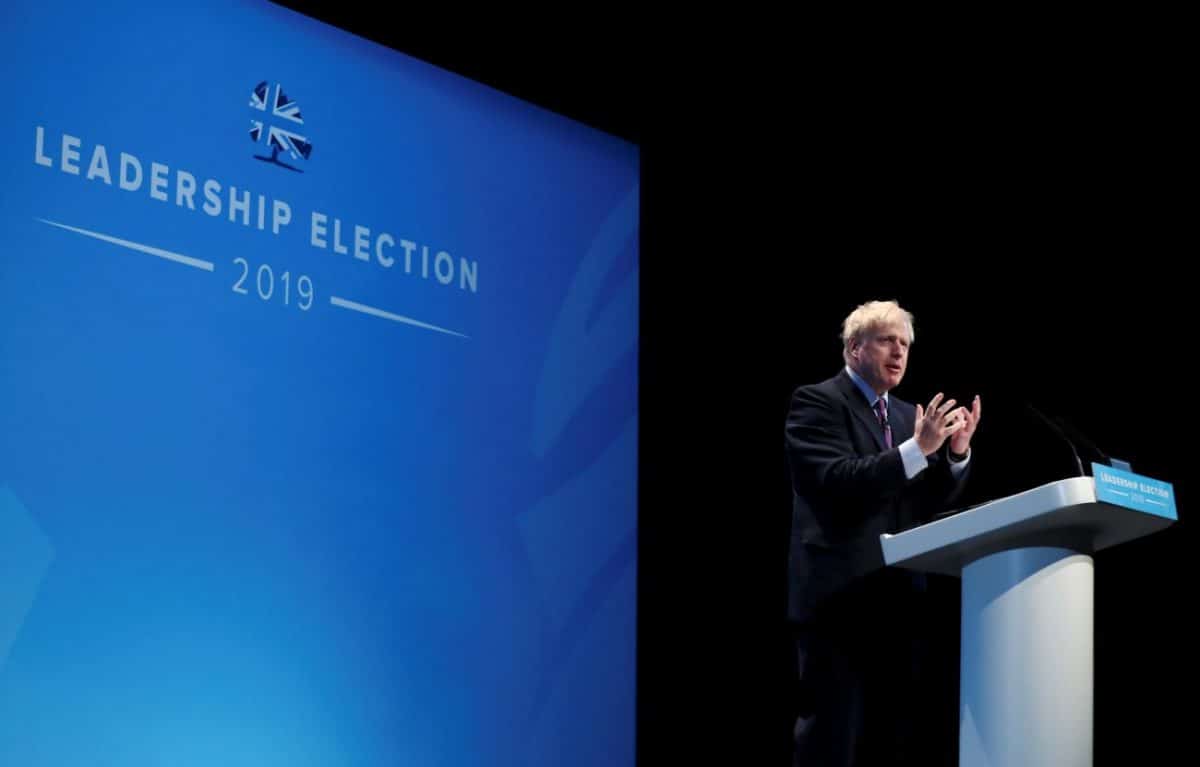 Boris Johnson, the favourite to become British prime minister, said he will seek a new Brexit deal with the European Union but if the bloc refuses his demands then he will lead the world’s fifth largest economy out without agreement on Oct. 31.

The United Kingdom’s three-year Brexit crisis could be about to deepen as Johnson’s pledge to leave the EU with or without a deal on Halloween could provoke a standoff with the British parliament which has indicated its opposition to a no-deal exit.

No-deal means there would be no transition period so the exit would be abrupt, the nightmare scenario for many business leaders and the dream of hard Brexiteers who want a decisive split.

Seeking to turn the public discourse away from a discussion about an argument with his girlfriend, Johnson told the BBC he would pick the bits of Theresa May’s “dead” Withdrawal Agreement that he likes and seek a new deal with the EU.

“My pledge is to come out of the EU at Halloween on 31 October,” said Johnson, 55, adding that there were “abundant technical fixes” to prevent the return of a hard border between Ireland and the United Kingdom’s Northern Ireland.

He repeated a warning that there would be “creative ambiguity” about when and how a previously agreed 39 billion pound exit bill gets paid.

Johnson said he did not want a no-deal Brexit – which investors warn would roil financial markets and send shockwaves through the European economy – but that it was necessary to put it on the table so that Britain could get the result it wanted.

“The way to get our friends and partners to understand how serious we are is finally, I’m afraid, to abandon the defeatism and negativity that has enfolded us in a great cloud for so long and to prepare confidently and seriously for a WTO or no-deal outcome,” he told BBC TV.

Britain is a member of the World Trade Organization so tariffs and other terms governing its trade with the EU would be set under WTO rules.

Business leaders have already triggered contingency plans to cope with additional checks on the post-Brexit UK-EU border they fear will clog ports, silt up the arteries of trade and dislocate supply chains in Europe and beyond.

Brexit supporters say there would be short-term disruption but in the long-term the UK would thrive if cut free from what they cast as a doomed experiment in German-dominated unity that is falling behind China and the United States.

On resolving an impasse around the Irish border, Johnson said he thought changing or abandoning the backstop – a guarantee to ensure no return of hard border checks between EU-member Ireland and British-run Northern Ireland – could be a way forward.

“Let me tell you, there are abundant, abundant technical fixes that can be introduced to make sure that you don’t have to have checks at the border,” Johnson said.

Trade experts have expressed scepticism that technology can solve the border problem, at least in the near term.

Gordon Brown, prime minister from 2007 to 2010, said the unity of the United Kingdom would be at greater risk than at any other time in its 300-year history if Johnson wins the top job.

“In jeopardy are both the unity and integrity of the United Kingdom and the shared values – tolerance, respect for diversity, being outward looking,” said Brown, who is from the now opposition Labour party.

Johnson, a former London mayor, refused to comment on reports of a heated late-night row with his girlfriend that led to the police being called to their home last week.

“I do not talk about stuff involving my family, my loved ones,” he said. “And there’s a very good reason for that. That is that, if you do, you drag them into things that, really, is, in a way that is not fair on them.”

His rival, Foreign Secretary Jeremy Hunt, on Monday described Johnson as a “coward” for avoiding public head-to-head debates with him.