Despite recent developments in Westminster making a hard Brexit more likely, it has also increased the chances of no Brexit, Scotland’s First Minister has claimed. 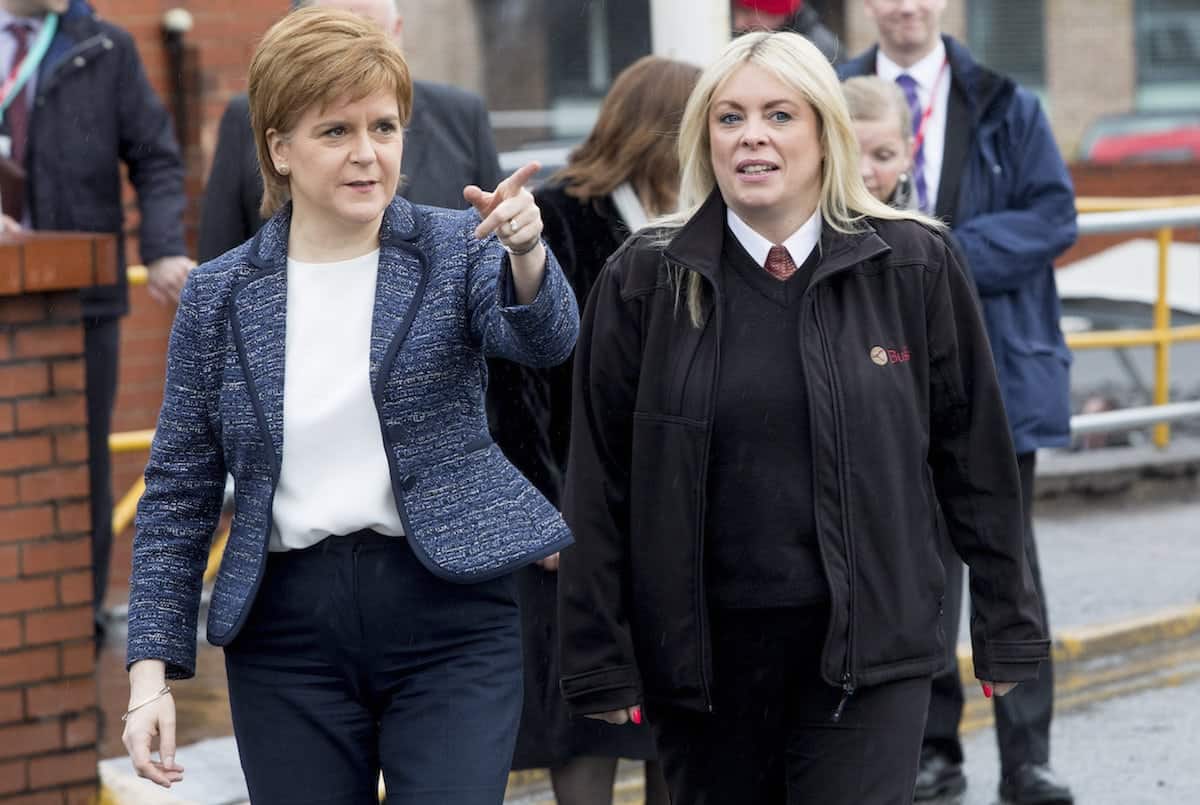 First Minister Nicola Sturgeon meets Lothian Bus driver Charmaine Laurie who steered her double-decker to avoid a car which lurched into her path in the snow. March 5 2018

Nicola Sturgeon has said the possibility of averting Brexit has increased by just as much as a no-deal Brexit since the European election.

Despite recent developments in Westminster making a hard Brexit more likely, it has also increased the chances of no Brexit, Scotland’s First Minister has claimed.

The emergence of Boris Johnson as front-runner in the Conservative leadership race has left many thinking that a no deal Brexit is inevitable, which could cause  “catastrophic damage” to the Scottish economy.

That said, the possibility of averting Brexit “has also increased” since the European election, Sturgeon said, if Jeremy Corbyn would only get “off the fence” on the question of a second referendum.

“So we are in this perhaps rather strange situation where the risk of no-deal is rising, but the risk of stopping Brexit has also increased and there’s a real sense that that is up for grabs,” she said.