Boris Johnson, the frontrunner in the race to become Britain’s next prime minister, has met hedge fund and private equity executives to raise donations for his leadership campaign, according to sources familiar with the matter.     Johnson, who on Tuesday reaffirmed his determination to take Britain out of the European Union on Oct 31, is seeking […] 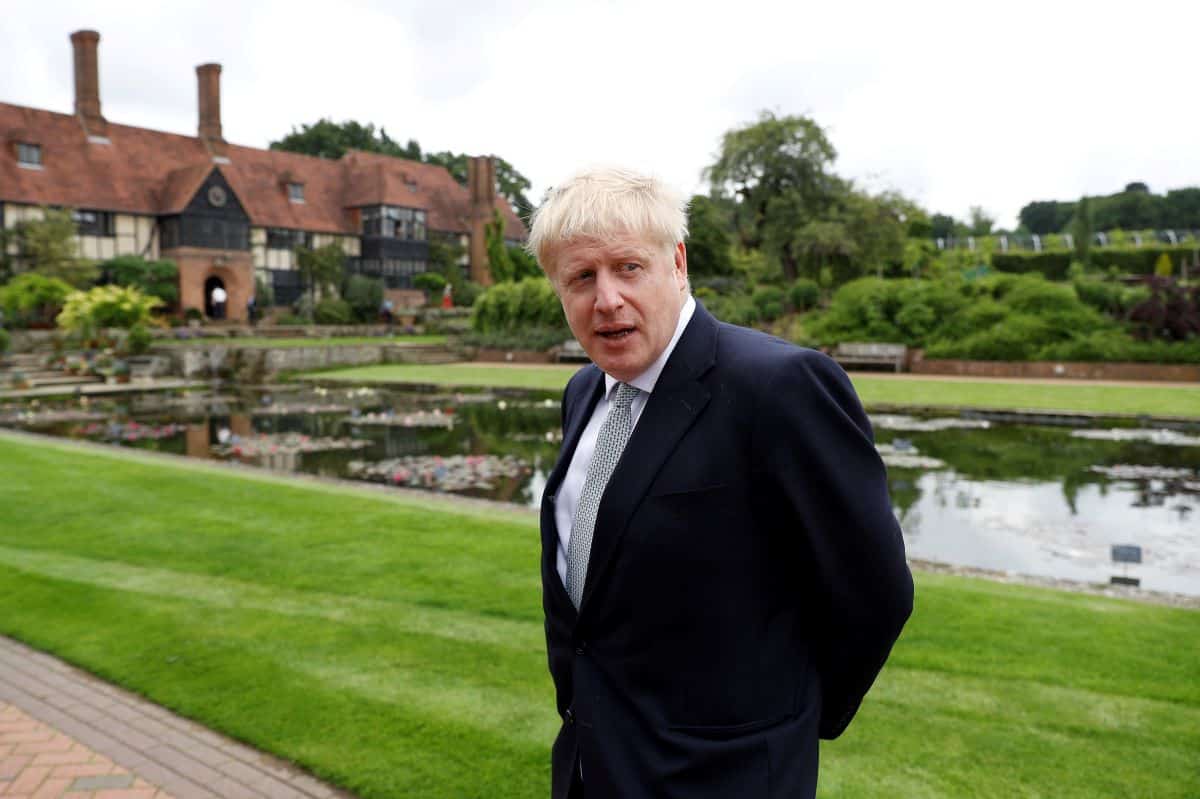 Boris Johnson, the frontrunner in the race to become Britain’s next prime minister, has met hedge fund and private equity executives to raise donations for his leadership campaign, according to sources familiar with the matter.

Johnson, who on Tuesday reaffirmed his determination to take Britain out of the European Union on Oct 31, is seeking to build up a war chest for his campaign and rebuild ties with executives, which were strained last year by his expletive four-letter-word attack on business.

Johnson, 55, held a breakfast meeting on June 18 with potential donors at 5 Hertford Street, a private members’ club in London’s wealthy Mayfair district, the sources said. The club has a strict dress code which requires men to wear a jacket, except on the dance floor after 23:00.

Johnson, a former mayor of London who during the leadership campaign has called for tax cuts for higher-earning Britons, has benefited in the past from financiers’ donations.

The largest single donation to his campaign during this parliament has come from the hedge fund manager Jon Wood, the founder of SRM Global Fund, who has donated 75,000 pounds ($94,725), the register of lawmakers’ financial interests shows.

The register is updated every two weeks. Current entries run until June 17 so it was not yet clear whether further donations had been made following the June 18 meeting.

Johnson and his leadership rival, foreign minister Jeremy Hunt, must each raise 150,000 pounds for their campaigns, under the rules of their governing Conservative Party. The funds help cover campaign costs, including travel to the 16 debates nationwide they are due to attend.

The Conservative Party’s approximate 160,000 paid-up members will choose between the two men, with the result due on July 23. The new party leader automatically becomes prime minister.

Johnson has earned more than 700,000 pounds during this parliamentary sitting – since the 2017 national election – from speaking engagements, publishing and journalism, the parliamentary register shows.

The June 18 meeting in Mayfair followed another breakfast earlier on the same day with company executives.

Johnson held that breakfast at Somerset House, a neo-classical building overlooking the Thames, according to two sources briefed on the talks.

One of those sources said the executives attended because they expect Johnson to become the next prime minister.

Johnson’s record as mayor of London, when he championed financial services, has been clouded by his reported dismissal of companies’ concerns last year about leaving the EU with the comment “fuck business”.

At the weekend, Johnson confirmed he made the comment, describing it as a stray remark to the Belgian ambassador, but claimed he is Britain’s most pro-business politician.

“Can you think of anybody who stuck up for the bankers as much as I did? I defended them day in, day out, from those who frankly wanted to hang them from the nearest lamppost.”

Business leaders say their relationship with ministers in Prime Minister Theresa May’s were strained because they were initially kept at arm’s length.

Some ministers, including Johnson – who served briefly as foreign minister – also accused companies of issuing exaggerated threats about the damage Brexit would cause to the UK economy.

By Carolyn Cohn and Andrew MacAskill