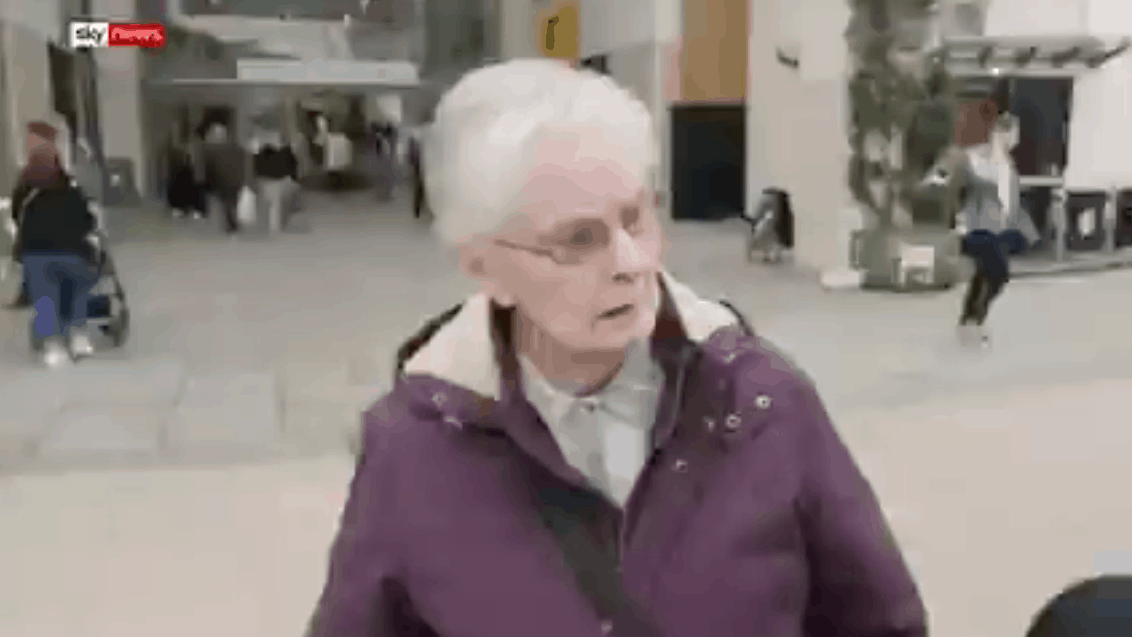 The internet woke to a new hero on Sunday morning, a member of the public who summed up sentiment much as Brenda from Bristol did when Theresa May called a snap election to make things more “strong and stable”…

A woman in Boris Johnson’s constituency has gone viral after labelling the Prime Minister a “filthy piece of toerag”.

Approached by Sky News presenter Sophie Ridge in Uxbridge, west London, it took just one mention of Mr Johnson’s name to rile the member of the public.

“Don’t you ever mention that name in front of me, that filthy piece of toerag,” the woman said.

The clip has since been viewed hundreds of thousands of times, while #FilthyPieceOfToerag trended in the UK with thousands of reactions.

One of those reactions came from Labour MP David Lammy, who tweeted: “This constituent in Uxbridge sees right through Boris Johnson.”

Boris Johnson’s short reign as Prime Minister has been characterised by a less than positive response from the public wherever he goes – from boos in Scotland to people in the North East quizzing him about why he is not in Brussels trying to sort out Brexit.

The hashtag #PleaseLeaveMyTown became the top Twitter trend in the UK in September after a man in Yorkshire shook the Prime Minister’s hand and said: “Please leave my town.”

And when he visited Doncaster a week later, a woman berated Johnson: “People have died because of austerity.

“And you’ve got the cheek to come here and tell us austerity is over and it’s all good now and we’re going to leave the EU and everything’s going to be great – it’s just a fairytale.”

READ MORE: “People have died because of austerity and you’ve got the cheek to come here”, Boris told