The young football fan was pictured smiling and enthusiastically celebrating as he watched Aston Villa romp to a 5-1 away win. 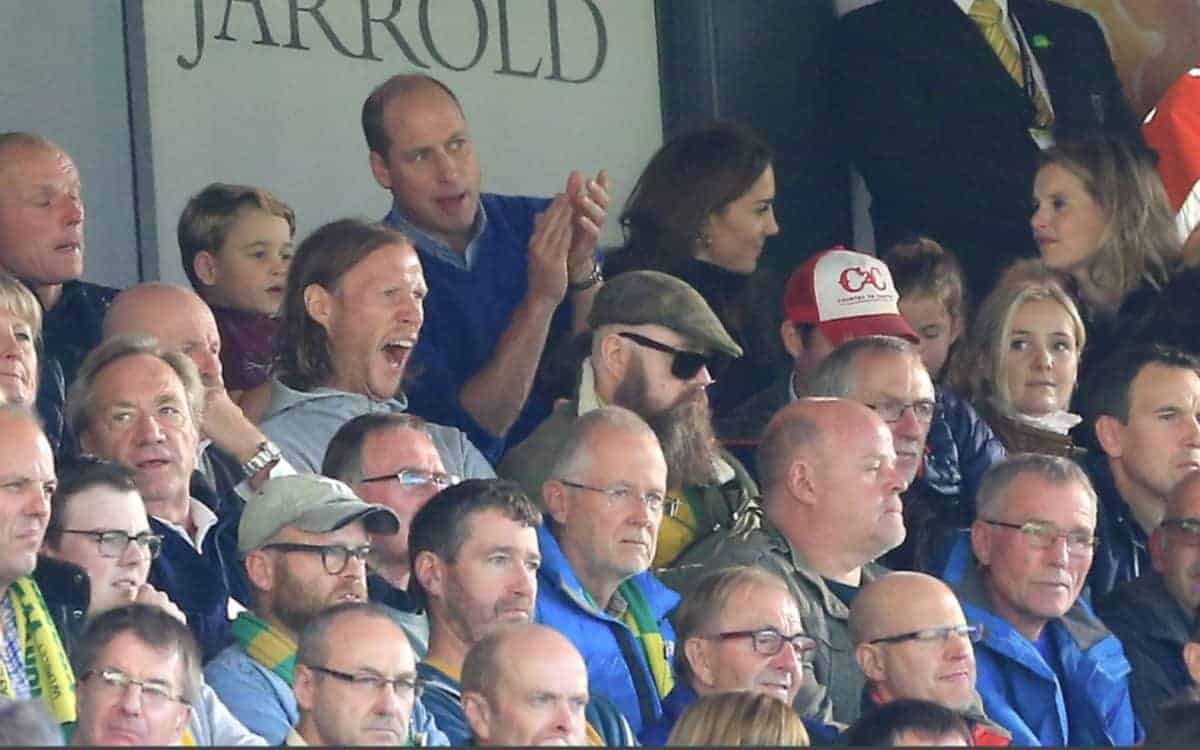 Prince George has enjoyed a goal-filled afternoon watching football with his family as he cheered on Aston Villa to victory.

The six-year-old was joined by his parents the Duke and Duchess of Cambridge, as well as his four-year-old sister Charlotte, as the Villans took on Norwich at Carrow Road on Saturday.

The young football fan was pictured smiling and enthusiastically celebrating as he watched Aston Villa romp to a 5-1 away win in the Premier League match.

His support for the team in claret and blue appears to show him inheriting the footballing allegiance of his father William – a long-standing Aston Villa fan.

Photos and clips of George and his family at the game shared online showed the young prince jump up and down for joy as the goals flew in for Aston Villa.

The prince, wearing a claret T-shirt, applauded play and chatted to his dad as Villa romped to victory.

At one point, the duke, president of the Football Association, appeared to be trying to contain his son’s enthusiasm as a smiling Kate sat next to them.

Speaking to the BBC’s Match Of The Day, Villa manager Dean Smith joked: “I’ll be getting them tickets for every game now if they need tickets because, you know, we got the result today.

“I’ll even put a call in and see if I can get them on the team coach next game.”

Earlier in George’s life, William revealed he would “love” to attend football matches with his son in the near future, but he would have to “pass that by the missus”.

Speaking back in 2015, the duke said it would be “fantastic” if his then 22-month-old son decided to follow the club, although “it’ll probably end up being that Charlotte is the Villa fan”.

The duke also recollected one of the first FA Cup games he himself attended, Villa’s semi-final against Bolton in 2000, where he “sat with all the Brummie fans and had a great time”.