"He did score?", the jubilant PM asked after jumping in the air. 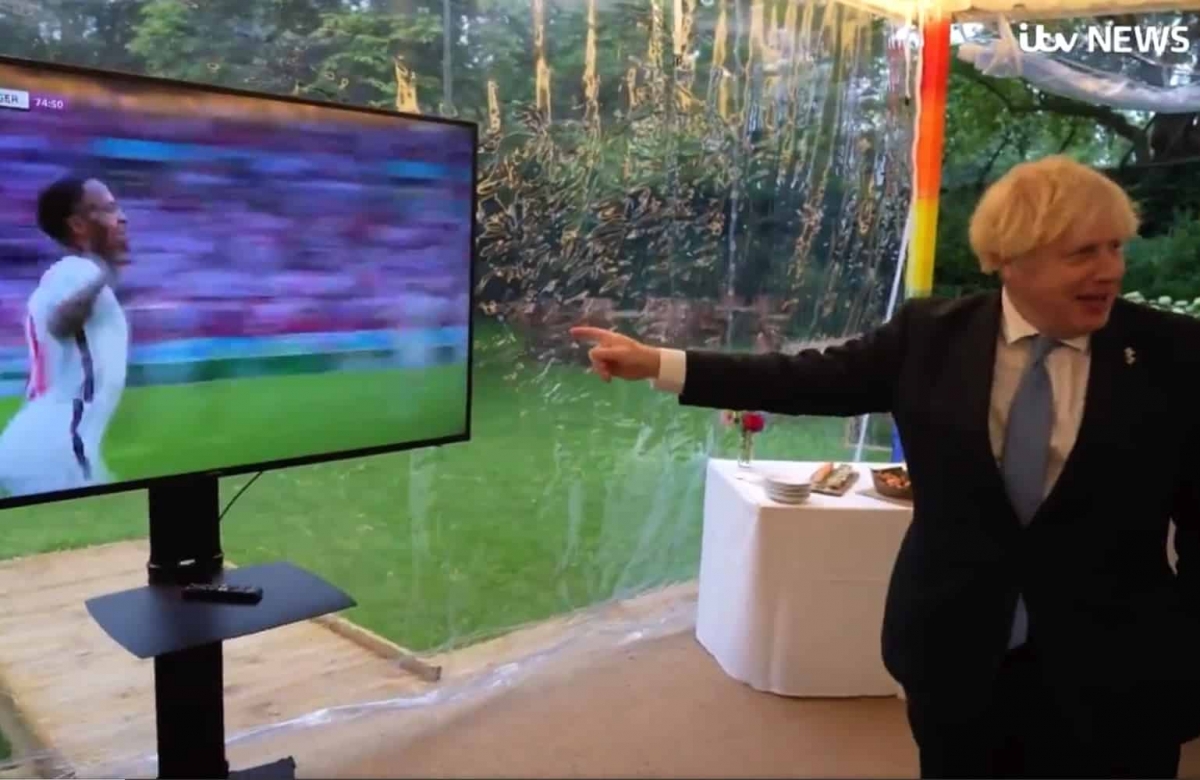 Boris Johnson celebrating Raheem Sterling’s goal against Germany has been making the rounds on social media.

The prime minister was at a formal event with violins playing in the background when the Three Lions progressed to the quarter-finals of the delayed Euro2020.

He was then pictured perched on a desk watching with his wife, Carrie.

Manchester City midfielder Sterling and Tottenham striker Harry Kane struck twice within 11 minutes following a tense first half, securing a memorable victory over Germany in the last-16 tie at Wembley.

Football fans across the country are celebrating after England beat Germany 2-0 to progress to the quarter-finals of Euro 2020.

They will play outsiders Ukraine in a quarter-final showdown in Rome on Saturday, with some bookmakers now installing England as new tournament favourites.

But it was the reaction of the PM that really got people talking.

We’ve picked out the best reactions below:

When you’ve spunked two hundred grand on home furnishings but have to watch in the office cos you can’t risk anyone seeing any of it… https://t.co/CkRgm0TpfE

I mean, it was too easy not to. pic.twitter.com/d9zaAIc2W3

I too am watching the game perched on a table in my office with my wife https://t.co/8w1lByOS8G

"And according to Jacob, it's tremendously popular with the working class." https://t.co/RO9ozt4kQi

Come on Rovers! God I love watching soccer ball perched on the end of a table, just like a normal person.#ENGvsGER #ENGGER pic.twitter.com/Hxf6Hl91Vh