“Brexit means Brexit” could be explained as “Brexit means you might have to punch someone if you need to partake in a shit”. 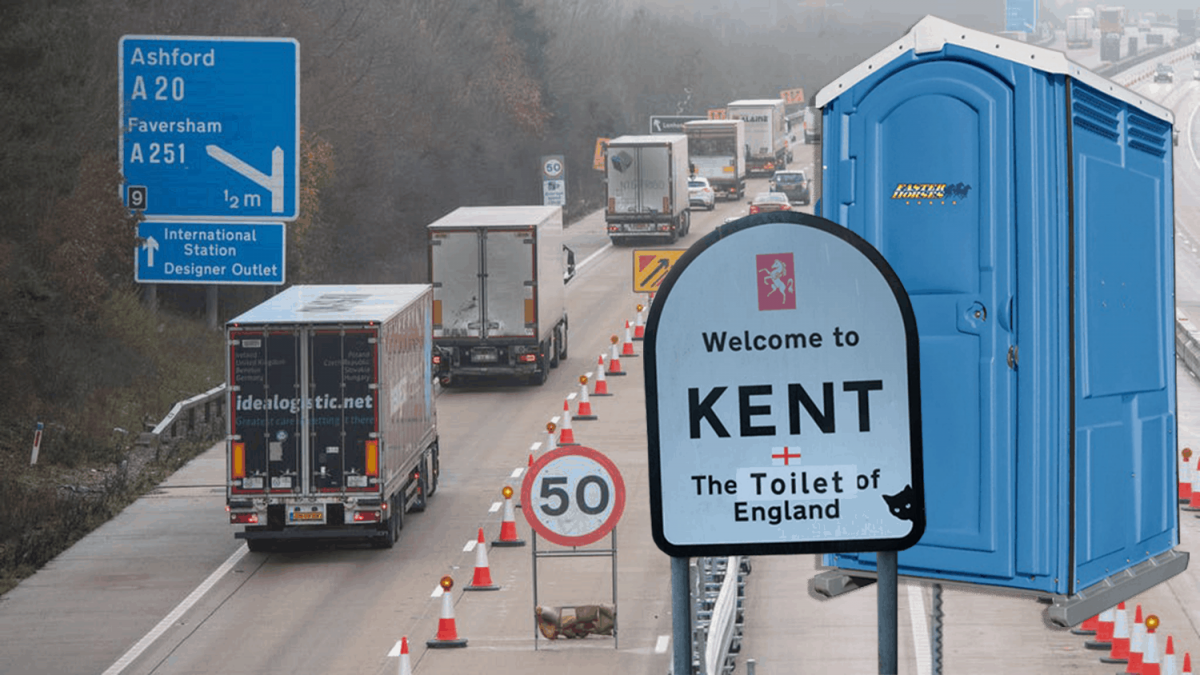 There has been chaos in Kent with lorry drivers faced with parking shortages and poor toilet facilities.

Unite the union said truckers have been involved in fights because the services have become “chronically overcrowded”, the BBC has reported.

After Brexit, on 31 December last year, Kent County council was given powers to penalise lorries parking on roads and laybys, which they are intending to implement in the long-term.

According to Unite, drivers are obliged under the law to take breaks but they fear fines if they stop in certain areas.

And they say they are forced to park in laybys with no toilet facilities as a result of the restrictions.

The pressure on the facilities comes despite the fact that the UK is currently experiencing a lorry driver shortage, which could see gaps on supermarket shelves for months to come.

Truck driving in the UK has been dominated by Eastern Europeans over the last few years, but because of Brexit and the pandemic, there are now not enough drivers to help transport food for Brits.

One person said: “I don’t remember fighting to take a dump being on the side of the Leave Campaign Bus yet here we are.”

Meanwhile, William Oliver said Brexit is “quite literally a shitshow”, whilst Jon Newton labelled the fighting between drivers as “The Battle of Portaloo”.

I don’t remember fighting to take a dump being on the side of the Leave Campaign Bus yet here we are. https://t.co/Q6RvVOSdUq