Labour says the Government is simply releasing funds which ministers had previously blocked. 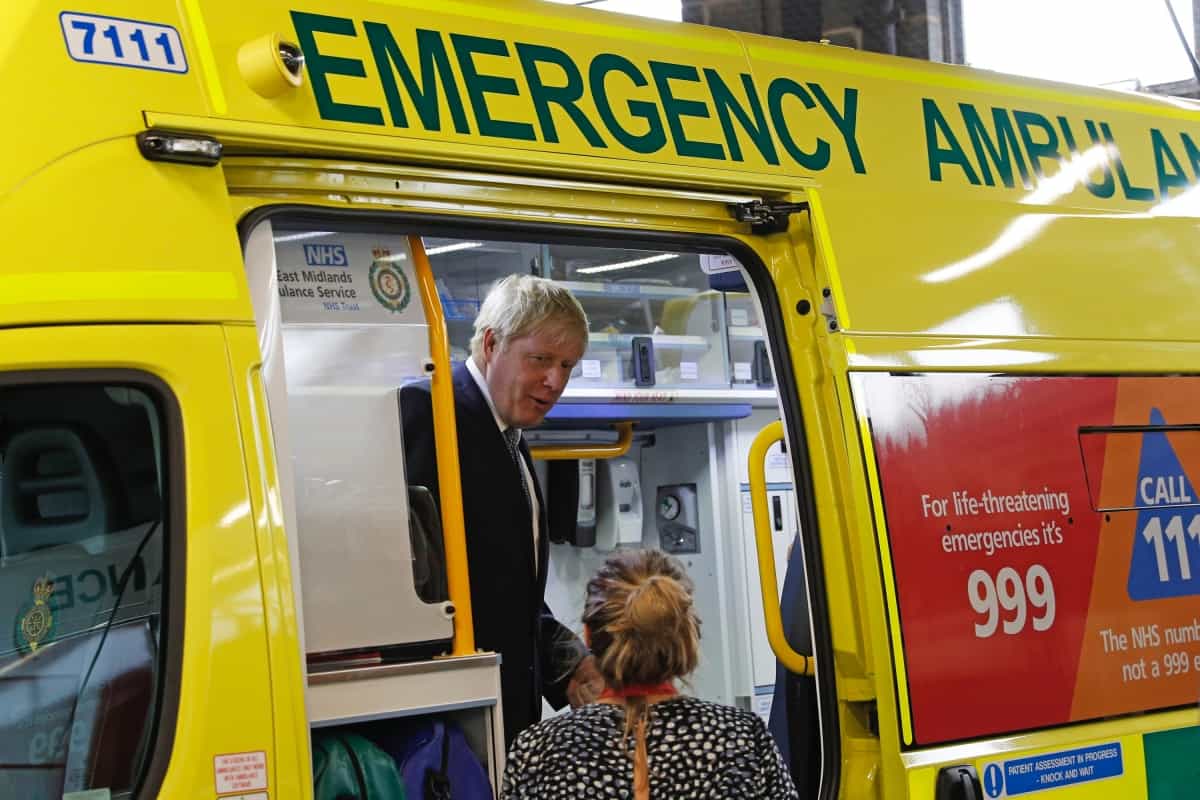 Labour has accused Boris Johnson of misleading voters over a promised £1.8 billion cash injection for the National Health Service.

The Prime Minister said his latest high-profile announcement from the Government represented genuine “new money” for the service.

Downing Street insisted the money was new, with £850 million going to 20 hospital upgrades, while £1 billion was for capital spending.

However, the Prime Minister’s official spokesman acknowledged some of the money would “allow existing upgrades to proceed”.

Mr Ashworth said: “Boris Johnson has misled the public and our NHS staff. You cannot trust a word he says and his claims are unravelling.

“It is now clear this is not new money, but funds already earmarked for hospitals which ministers previously blocked.

Speaking during a visit to the Pilgrim Hospital in Boston, Lincolnshire – one of the hospitals set to benefit from the increase –  Mr Johnson was adamant that the £1.8 billion was new money.

“It’s part of a national programme that the NHS asked for and I want to stress this is new money,” he said.

“I said 10 days ago on the steps of Downing Street, that we would be upgrading 20 hospitals – 20 new hospital upgrades around the country – and this is it.”

At a briefing for political journalists at Westminster, Mr Johnson’s spokesman said: “This is new money.

“It includes £850 million in new funding for 20 hospital upgrades and £1 billion of new funding for NHS capital spending, allowing existing upgrades to proceed and tackling the most urgent infrastructure projects.”

Sally Warren, director of King’s Fund health think tank, acknowledged that the announcement would give the NHS “new spending power”.

However, she said that it could also be seen as simply reversing cuts which had been made last year.

“At one level yes it is new money – if the Treasury today were not providing this money, NHS trusts would not be able to spend this £1.8 billion,” she told the BBC.

“But another view is that actually – particularly the £1 billion that’s been announced today – is really reversing cuts that trusts were asked to make this year.”

Nigel Edwards, chief executive of the Nuffield Trust think tank, said the money was only a fraction of what was needed to deliver the improvements the service needed.

“This is a welcome down payment on the staggering £6 billion needed to clear the backlog of NHS maintenance but it will only be a fraction of what it would cost to really upgrade 20 hospitals,” he said.

“Nobody should expect shiny new hospitals in their towns any time soon.”

He added: “As a result of this morning’s announcement, frontline NHS providers will be able to spend £1 billion in 2019-20 on backlog maintenance and other capital spending that they weren’t able to spend last week.

“At the same time, the health think tanks are correct that some of the extra 2019/20 capital expenditure enabled by this announcement will be funded through cash surpluses currently sitting on provider balance sheets.

“That spending can legitimately be described as money that trusts already had, but were told they couldn’t spend and are now able to spend.”