Blackpool has been hit by four earthquakes just days after fracking got underway in the area. The controversial drilling technique designed to recover gas and oil from shale rock has been met with vehement opposition in the North West after previous attempts to drill caused similar earth tremors. But extraction companies were given the go-ahead […] 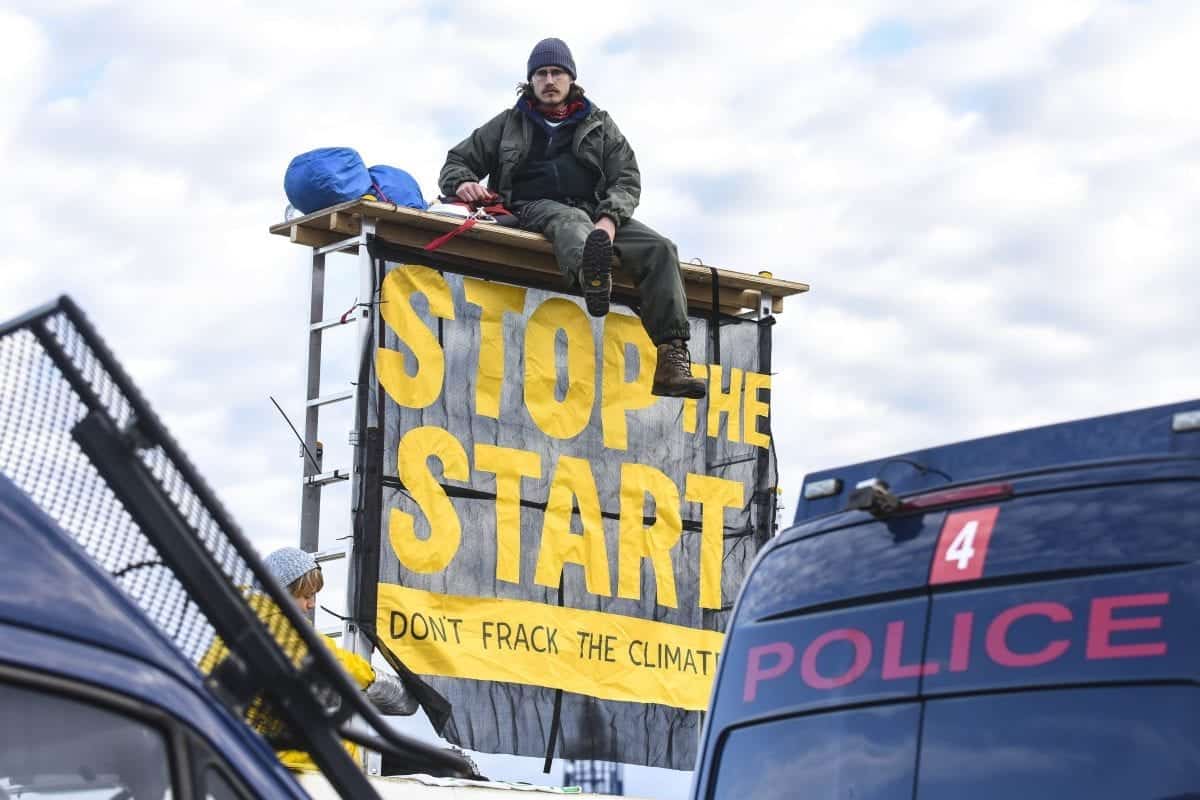 Blackpool has been hit by four earthquakes just days after fracking got underway in the area.

The controversial drilling technique designed to recover gas and oil from shale rock has been met with vehement opposition in the North West after previous attempts to drill caused similar earth tremors.

But extraction companies were given the go-ahead to “proceed with caution” two years after the last attempt, despite protests led by Vivienne Westwood and other anti-fracking campaigners.

Gas firm Cuadrilla started drilling earlier this week after a last-minute legal challenge at the high court was thrown out, but less than 72 hours later the North West was hit with three minor quakes at 3.48pm, 10.54pm and 11.44pm Thursday.

They were at minus levels and the low levels of seismic activity meant they would not have been felt by residents. However on Friday afternoon at 1.20pm, Blackpool was hit by quake with a 0.3 magnitude, which experts are now monitoring because it has reached a level where fracking should be reconsidered.

Speaking to The Metro, David Smythe, Emeritus Professor of Geophysics, University of Glasgow, told said: “Recent research by Stanford University shows that these tiny tremors can be indicators of bigger quakes to follow – like canaries in a coal-mine.

“The problem for Cuadrilla is that if it carries on regardless, bigger earthquakes may well be triggered.

“To quote Cole Porter; “There may be trouble ahead””.

Fracking is the process of drilling down into the earth before a high-pressure water mixture is directed at the rock to release the gas inside.

Water, sand and chemicals are injected into the rock at high pressure which allows the gas to flow out to the head of the well.

The government believes shale gas has the potential to provide the UK with “greater energy security, growth and jobs” and says it “could be an important part of our transition to a low carbon future”.

But it has prompted environmental concerns, such as earth tremors and the potential to release carcinogenic chemicals that contaminate groundwater.