"What bitterness and regret looks like," tweeted one social media user in response. 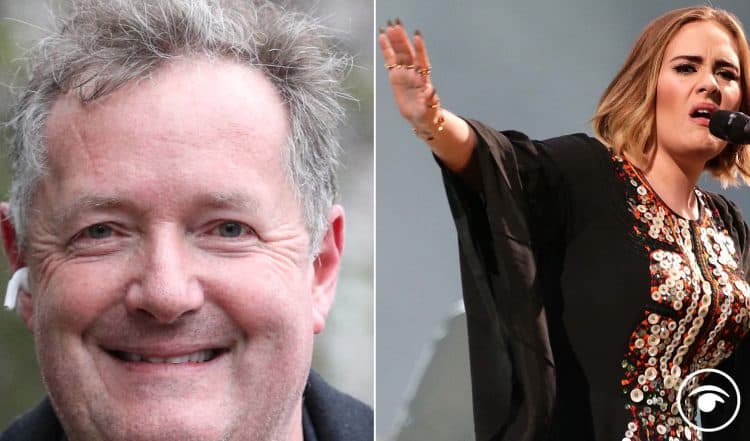 Piers Morgan called Adele fans“sycophantic” and questioned whether she was really singing live in a string of bitter tweets posted during last night’s concert.

The former GMB host was a noticeable absentee among a large swathe of celebrity guests at Adele’s special London concert.

A-listers including Dame Emma Thompson, Stormzy, Samuel L Jackson and Emma Watson were all in attendance, with the musician performing songs from her new album, 30, as well as older tracks and taking questions from famous fans.

One person who was missing in the crowd was Piers Morgan, who seemed more than a bit miffed he didn’t get a ticket for the show.

In one tweet, a fan named John wrote: “You weren’t invited because you[’re] a nobody! So off you trot again and go and crawl under your stone.”

Morgan replied to the tweet saying: “Hi John, given I have 7.9 million more followers than you, I’d steer clear of playing the ‘nobody’ card.”

He also claimed he didn’t want to go anyway…

It comes after he accused Adele of exploiting her ‘son’s pain’ to sell albums.