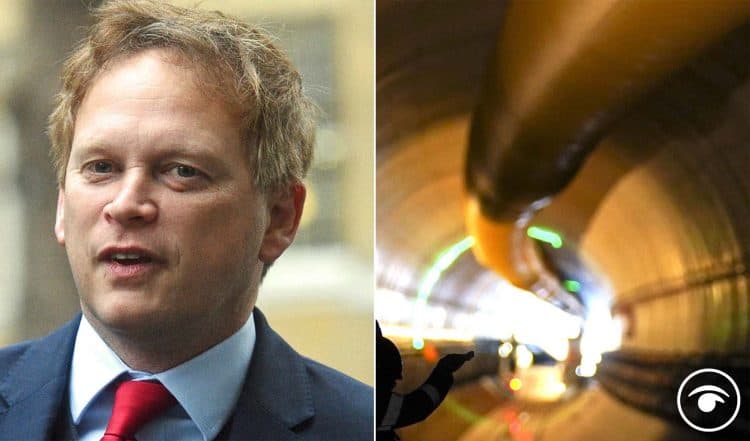 The Government has been accused of a “betrayal of trust” as it set out its long-awaited revised plans for Northern England and the Midlands.

But Labour said the package unveiled in the House of Commons abandoned previous assurances given on the extension of HS2 and Northern Powerhouse Rail (NPR).

“He promised HS2 to Leeds, he promised Northern Powerhouse Rail, he promised that the North would not be forgotten. But he hasn’t just forgotten us, he has completely sold us out.”

Alastair Campbell tweeted: ‘Who’d have thought it? Turns out the Northern Powerhouse was a Cameron slogan without substance or strategy … just like Levelling Up is a Johnson slogan without strategy or substance. Posh rich privately educated Southerners conning and now screwing the North.”

The key points of the IRP are:

The decision to cut back HS2 will make journeys between Leeds and London 32 minutes longer than previously planned.

Mr Shapps said: “Our plans go above and beyond the initial ambitions of HS2 and Northern Powerhouse Rail by delivering benefits for communities no matter their size, right across the North and Midlands, up to 10 to 15 years earlier.”

He said under the original plans HS2 would not have reached the North and Midlands until early the 2040s, but the new programme would ensure travellers saw the benefits of improved links “much, much sooner”.

“It is an ambitious and unparalleled programme that not only overhauls the inter city links between the North and Midlands but also speeds up the benefits for local areas and serves destinations people most want to reach,” he said.

“This plan will bring the North and the Midlands closer together, it will fire up economies to rival London and the South East, it will rebalance our economic geography, it will spread opportunity, it will level up the country.

“It will bring benefits at least a decade or more earlier.”

Queen’s death: Rail and postal strikes called off to ‘join whole nation in paying its respects’