Our best picks from one of the spirits industry’s fastest growing sectors ahead of the festive period. 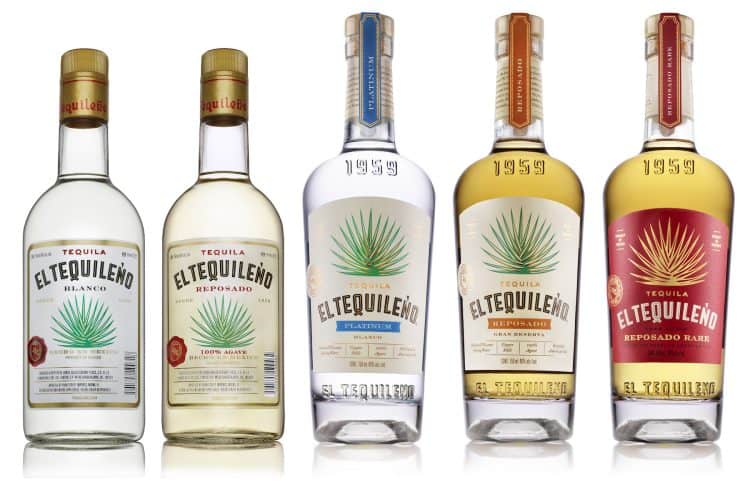 Once globally renowned as little more than a get-drunk-quick spirit, a renewed interest in premium tequila has helped rescue the category’s often unsavoury reputation. Now one of the fastest-growing sectors in the spirits industry, tequila is becoming better recognised as an elegant, refined drink – and for good reason. Ideal sipped neat or as cocktail bases, these are the best tequilas.

One of the world’s most popular tequila brands, Patrón’s unaged expression is an absolute benchmark sipping tequila. Made with the core of blue agave plants after around seven-to-eight years of growth, Patrón Silver is double-distilled which makes it particularly pure, with vegetal and citrus notes of lime and grapefruit complete with some peppery spiciness and exceptional smoothness. Light and versatile, it’s great as a cocktail base or when sipped on its own.

Designed to “change the perceptions of tequila”, VIVIR is produced at an award-winning, family-owned distillery in Jalisco, Mexico, selected for its sustainable practices and traditional processes. Using agave cooked for three-to-four days in a clay oven, the VIVIR Tequila Añejo has some subtle smokiness alongside deep flavour imparted from the barrel in which it’s aged for 18 months. Toasted agave flavours are complete with marzipan, honey, habanero chilli, coffee, vanilla, and a whisper of cinnamon, while the finish is smooth with a creamy mouthfeel.

As far as celebrity-founded spirit brands are concerned, Casamigos has one of the biggest success stories. Launched by friends George Clooney, Rande Gerber, and Mike Meldman in 2013, the tequila company was purchased by multinational beverage company Diageo for $700 million USD in 2017, plus a further $300 million USD based on the brand’s performance. Using Blue Weber agave slowly fermented for over 80 hours (almost double the industry standard), the Reposado expression is aged for seven months. It’s slightly sweeter than typical of its style, while vegetal notes and feint spiciness bring good balance.

A mid-range blanco tequila, 1800 Silver is minimally aged, belonging to the purest form of tequila. It’s a good introductory style (particularly considering its price), delicious in cocktails but also good on its own. Mellowed in American Oak barrels for just 15 days, the spirit is double distilled and blended with a “special selection” of the distillery’s white tequila for added complexity and smoothness. Prominent agave notes are unsurprisingly present alongside black peppercorn, roasted peppers, ancho chilli and gentle spiciness.

“Crafted for life’s most memorable occasions”, all Tequila Pancho Datos spirits are made using 100 percent Blue Weber agave grown to maturity around the Jalisco town of El Arenal, with the altitude difference exposing the agaves to less of the sun’s energy than those grown in the highlands. As a result, the Pancho Datos tequila is not quite as sweet and benefits from a complex flavour profile taking some of its character from the earth around it. Rested in ex-bourbon barrels for six months, the Reposado expression has prominent woody vanilla aromas, with creamy fudge notes joining classic earthiness and green pepper savours. Complex and remarkably smooth.

When Patrón announced plans to discontinue its coffee tequila, the news was followed by an outcry from fans: testament to the style’s popularity. Blending its Blanco tequila with luxury arabica coffee from the coastal region of Soconusco in Mexico, Cazcabel Coffee has a rich sweet taste, with roasted coffee joined by chocolate, vanilla and pronounced agave notes, while the finish is smooth and dry with plenty of rich coffee. It also works as an excellent espresso martini base, with no need for added sugar syrup.

Named after the spirit’s birthplace, El Tequileño has been producing tequila for over 60 years. Since its launch in 1959, sustainability has also been at the heart of El Tequileño, constantly adapting to optimise their process and positively impact local conservation efforts. Having rested in American Oak barrels for three months, the brand’s Reposado tequila is made using agave cooked in steam pressure autoclaves. The full agave flavour is complemented by further hints of vanilla, oak and a dry finish. Best sipped neat or enjoyed in a margarita.

Another celebrity-backed option, Teremana is a small-batch tequila crafted at the highest peaks of the Jalisco highland mountains. Founded by Dwayne ‘The Rock’ Johnson, the brand offers both Blanco and Reposado expressions. Using pot-distilled Highlands agave, the Teremana Reposado is aged in ex-bourbon barrels, with a bold vegetal nose dominated by roasted agave and black pepper. On the palate, some sweetness prevails but it’s not overwhelming, tamed by some heavy earthiness, while butterscotch and lemon develop on the palate and linger on the approachable finish.