Former editor Paul Dacre is to receive a payout of almost £2 million as the top executives at parent company DMGT share £33 million in pay, and bonuses. 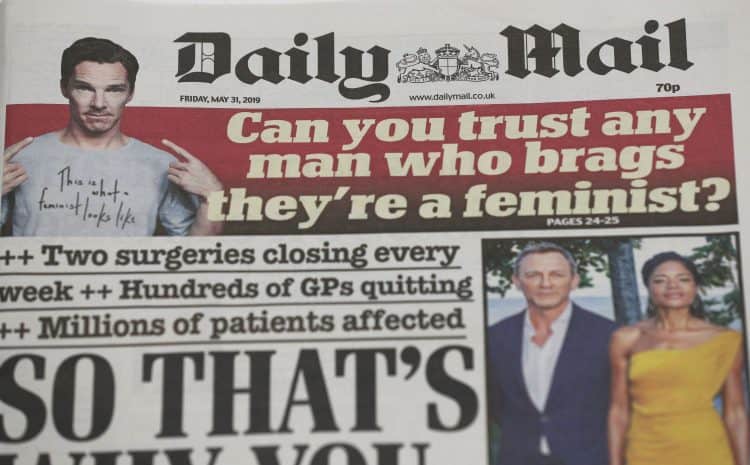 The owner of the Daily Mail, Mail on Sunday and Metro newspapers has said it is weighing up possible job cuts due to soaring costs for newsprint, energy and distribution.

It comes as they announced the editor of The Mail, Paul Dacre, is being replaced.

Dacre is to receive a payout of almost £2 million as the top executives at parent company DMGT.

Dacre’s payout is dwarfed by that of the top four directors at the group, who took home a combined £33 million in salary and share awards in the year to the end of September.

Daily Mail and General Trust (DMGT) said increases in the cost of newsprint are now at levels not seen for 25 years.

As a result, it said: “DMGT is currently exploring a number of options to mitigate the impact of these cost increases, including a review of employee numbers.”

The company explained: “There have been recent substantial increases in distribution and energy costs, as well as increases in the cost of newsprint at levels not seen since 1996, and these have started to impact the profitability of the newspaper businesses.”

Bosses at the group said its stable of newspapers and websites, which also includes the i newspaper and New Scientist, remains strong.

But its free Metro newspaper suffered hard due to the fall in commuters during the pandemic, with revenues dropping 46 per cent year-on-year in the 12 months to the end of September.

The company said: “The performance reflects the combination of fewer copies being distributed, as the business has been severely affected by lower commuter volumes, and the weak print advertising market. This resulted in Metro making a substantial loss in the year.”

By comparison, revenues at the Mail newspapers and website grew by 3 per cent to £518 million, with £164 million generated by MailOnline.

Advertising revenues were down for print titles by 1 per cent and up 16 per cent on MailOnline, with the company pushing hard for visitors to come to the site directly, rather than via search engines.

Circulation revenues at Mail titles also fell by 3 per cent over the year to £288 million – with sales dropping during lockdown periods before recovering in the second half.

Falls were offset by an increase in cover prices, with the Mail’s Saturday edition up 10p to £1.10 and up 10p to 80p for the Monday to Friday editions during the year.

DMGT said: “The strength of the advertising market, which inherently lacks visibility and is volatile, will reflect the status of the post-Covid-19 economy.

“Circulation volumes of the Mail and i are expected to decline from current levels, whilst Metro’s will depend on commuter traffic.”

At a group level, DMGT said revenues were up from £870 million to £885 million in the 12 months to the end of September, but it swung to an overall pre-tax loss of £2 million compared with a £34 million profit a year ago due to banking cash from the sale of parts of the business previously.

Chairman and largest shareholder Lord Rothermere is in the process of taking the business private and is seeking support from remaining shareholders.

Mail On Sunday editor Ted Verity will replace Geordie Greig at the helm of the Daily Mail, the papers’ owner has announced.

Lord Rothermere, chairman of Daily Mail and General Trust (DMGT), said on Wednesday that Verity will take over as editor of Mail Newspapers, which includes overall responsibility of the Daily Mail and The Mail On Sunday.

Lord Rothermere said: “Under Geordie’s leadership, the Daily Mail has continued to inform and entertain millions of readers with the very best journalism, becoming the biggest-selling newspaper in the UK and winning multiple prizes for Daily Newspaper of the Year.

“Geordie has been an outstanding editor of the Daily Mail and, before that The Mail on Sunday, and I thank him for his contribution over the last decade.”

Greig, who joined the Daily Mail in 1983 as a junior reporter, will become a consultant editor, Lord Rothermere said.

Greig said: “I am grateful to Lord Rothermere for 10 extraordinary years as editor of his newspapers.

“I thank everyone who has worked with me; my colleagues have been heroic and inspiring.

“I wish my successor Ted Verity good luck and also continued good fortune to The Mail.

“I look forward to new opportunities ahead and will bring the best of what I learnt from my years at The Mail on which I first joined in 1983 as its most junior reporter on the graveyard shift.”