"She hits the nail on the head each and every day. She is truly the Twitter queen," wrote one person in response. 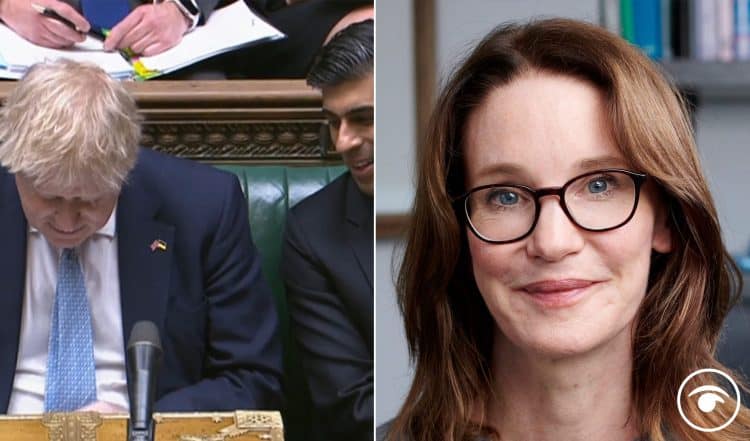 A Cabinet minister has insisted Boris Johnson is “human” and people “sometimes make mistakes” after the prime minister was fined over a birthday bash in Downing Street in breach of Covid rules.

Both Johnson and chancellor Rishi Sunak have been hit with criminal sanctions for attending the gathering in the Cabinet Room to mark the PM’s 56th birthday on June 19 2020.

Johnson will become the first sitting prime minister to receive a punishment for breaking the law.

Reaction to the news was fierce yesterday, but it was Countdown’s Susie Dent who won the day.

The Dictionary Corner boss, who has gained social media fame for her “word of the day” posts on Twitter, managed to find the perfect word to fit the occasion as the PM resolutely clung to power.

She wrote: “Word of the day is ‘maw-worm’ (19th century): one who insists that they have done nothing wrong, despite evidence to the contrary.”

It has already been retweeted over 24,000 times!