"Well I think it was nice for Shaun Bailey to invite all of the people who voted for him to attend his party," joked Matt Chorley. 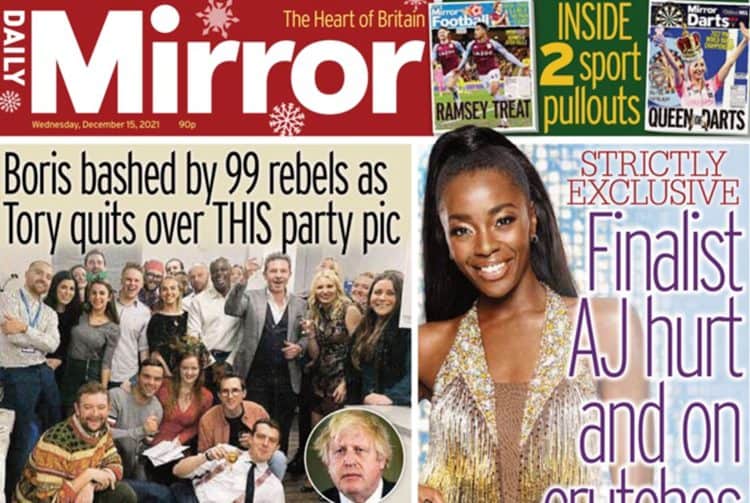 Shaun Bailey, who attended a Covid regulation-breaching Christmas party, has quit as chair of a police and crime committee.

The former mayoral candidate’s team organised the gathering at the Conservative Campaign Headquarters on 14 December 2020 when London was under Tier 2 restrictions banning household mixing.

Then last night, a photograph emerged in the Daily Mirror of the party, which appears to show the gathering is in obvious breach of Covid rules.

“It is unacceptable for people to be breaking the rules. That was not authorised by the Conservative Party,” Mr Shapps told BBC Radio 4’s Today programme.

“Those Conservatives who were on secondment from the party have already been disciplined and whatever further action needs to be taken will be taken.”

However, Shapps was not going to be drawn on the PM’s actions during lockdown parties and events at Number 10.

This appears to be one of many Xmas gatherings the Tories shouldn’t have had and people had their say on Twitter.

‘Violating our rights and threatening our liberties:’ Demands for police to stop using facial recognition technology