"The thing with racism is that it isn't always caught on camera," he said. 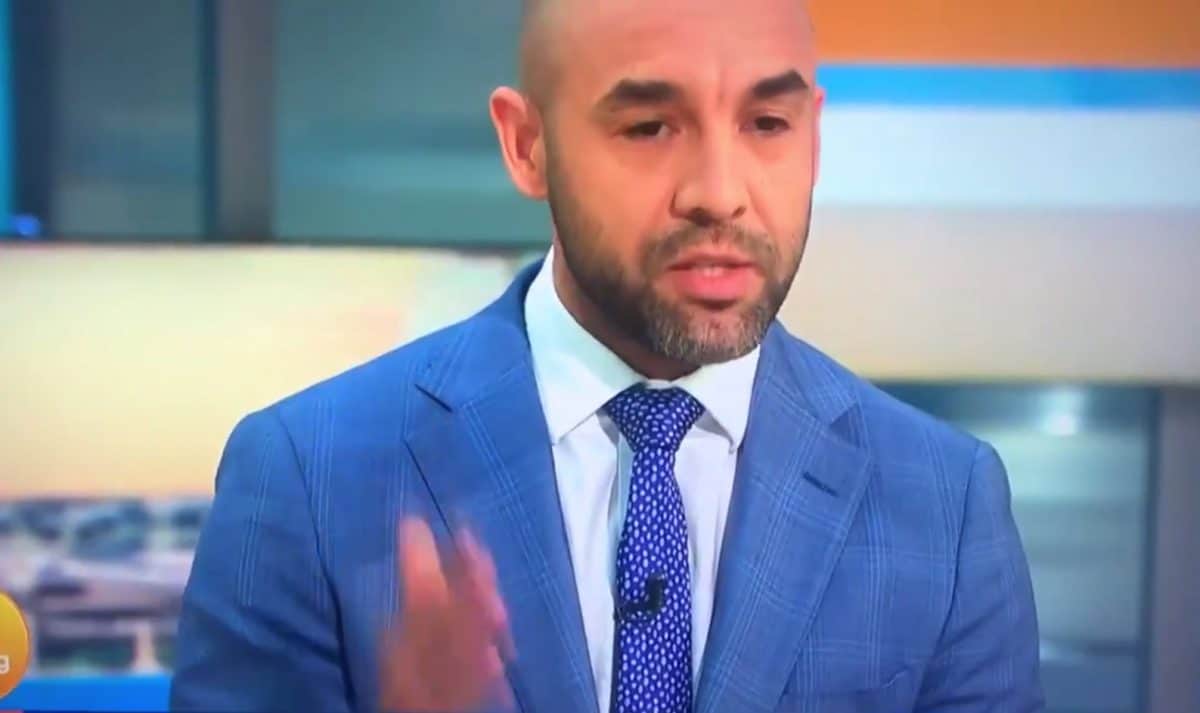 The fall out between Piers Morgan and Alex Beresford threatened to spill over this morning after the Good Morning Britain host walked out on his own show.

The ITV presenters became embroiled in a war of words as Beresford called for Morgan to take a “step back” in the wake of a furious response to an explosive interview Harry and Meghan gave to Oprah.

In it the Duchess of Sussex claimed an unnamed member of the royal family raised “concerns and conversations” about how dark her son Archie’s skin might be when he’s born, something which was later confirmed by Prince Harry.

As the debate turned to racism on GMB, Beresford said sometimes “people don’t want to accept that it is a possibility that something like this has happened”.

“The thing with racism is that it isn’t always caught on camera.

“Racism isn’t always a black man lying on the floor with a white police officer’s knee on his neck.”

He called for the same energy seen in the Black Lives Matter protests this summer to be repeated in response to racism allegations in the UK’s royal family.

ALEX BERESFORD HAS MADE PIERS MORGAN WALK “FROM HIS OWN SHOW!” ???????

Yesterday Morgan asked Trisha Goddard whether conversations around the royal baby should be considered “automatically racist”, to which she responded:

“Why is everybody else such an expert about racism against Black people?”

She continued: “I’m sorry, Piers – you don’t get to call out what is and isn’t racism against Black people. I’ll leave you to call out all the other stuff you want, but leave the racism stuff to us, eh?”

Related: ‘What have they done’: UK press reacts to Harry and Meghan interview