"What is it about Naga Munchetty that riles the angry pink Brexitty old men so much?" 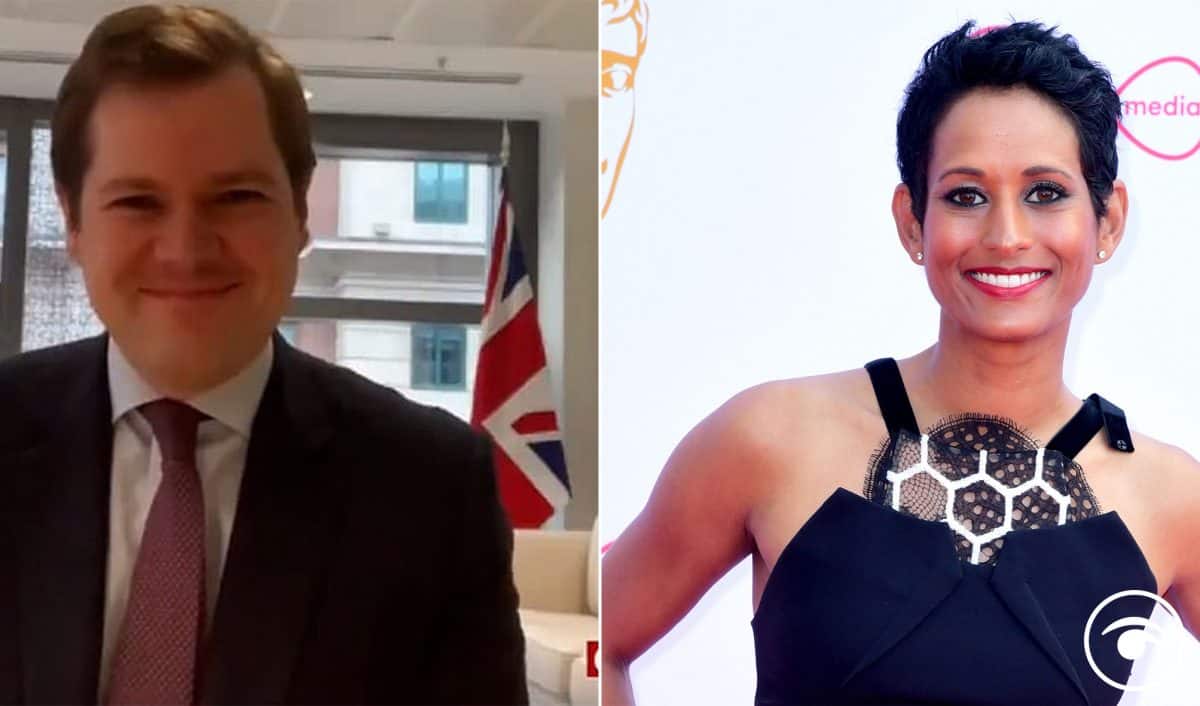 Naga Munchetty has apologised for liking “offensive” tweets about a Government minister’s video call backdrop featuring the Union flag, but it has left many people confused as to why she did.

Munchetty later apologised for liking a series of tweets that referenced their interview and the flag.

She wrote on Twitter: “I ‘liked’ tweets today that were offensive in nature about the use of the British flag as a backdrop in a government interview this morning. I have since removed these ‘likes’.

“This do not represent the views of me or the BBC. I apologise for any offence taken.”

Kate Hoey wasn’t happy with the apology she Tweeted: “Only because there was so much negative publicity to you both being so snidy. Abit late Showed what you both really think of our flag and our Queen.”

Only because there was so much negative publicity to you both being so snidy. Abit late Showed what you both really think of our flag and our Queen

The Telegraph published a piece. angry as ever, with the title “The BBC must stop employing snide mockery of the Queen confirms just how little the BBC stands for Britain.

However a lot of people didn’t think Naga needed to apologise at all.

No-one should ever apologise for liking a tweet. It's the most absurd hyper-sensitive thin-skinned nonsense.

The year is 2034 and OFCOM has received 10,000 complaints about Naga Munchetty after she mocked a Tory MP for failing to complete intercourse with a flag on morning TV

The year is 2034 and OFCOM has received 10,000 complaints about Naga Munchetty after she mocked a Tory MP for failing to complete intercourse with a flag on morning TV

DISGRACEFUL
Making a joke about a flag pic.twitter.com/I2xqr4Tewt

If Naga wants to laugh at a ridiculous man with a massive flag behind him (because it’s ridiculous he’s got one in the first place) she can.

And she certainly shouldn’t be forced to apologise for laughing. https://t.co/HxYXIqaLoh

What is it about Naga Munchetty that riles the angry pink Brexitty old men so much? Fully expect Naga and Charlie Stayt to lose their jobs this week, for being pretty much the only ones on TV to see and call out the ridiculous flag fetishising for the idiocy it is.

The union flag is supposed to be a rallying point for the British people, not a deliberate & divisive distraction from political decisions that have killed tens of thousands of us. But here we are.

Related: Reactions as BBC presenter ‘ordered’ to delete tweet of himself with Welsh flag by TV bosses