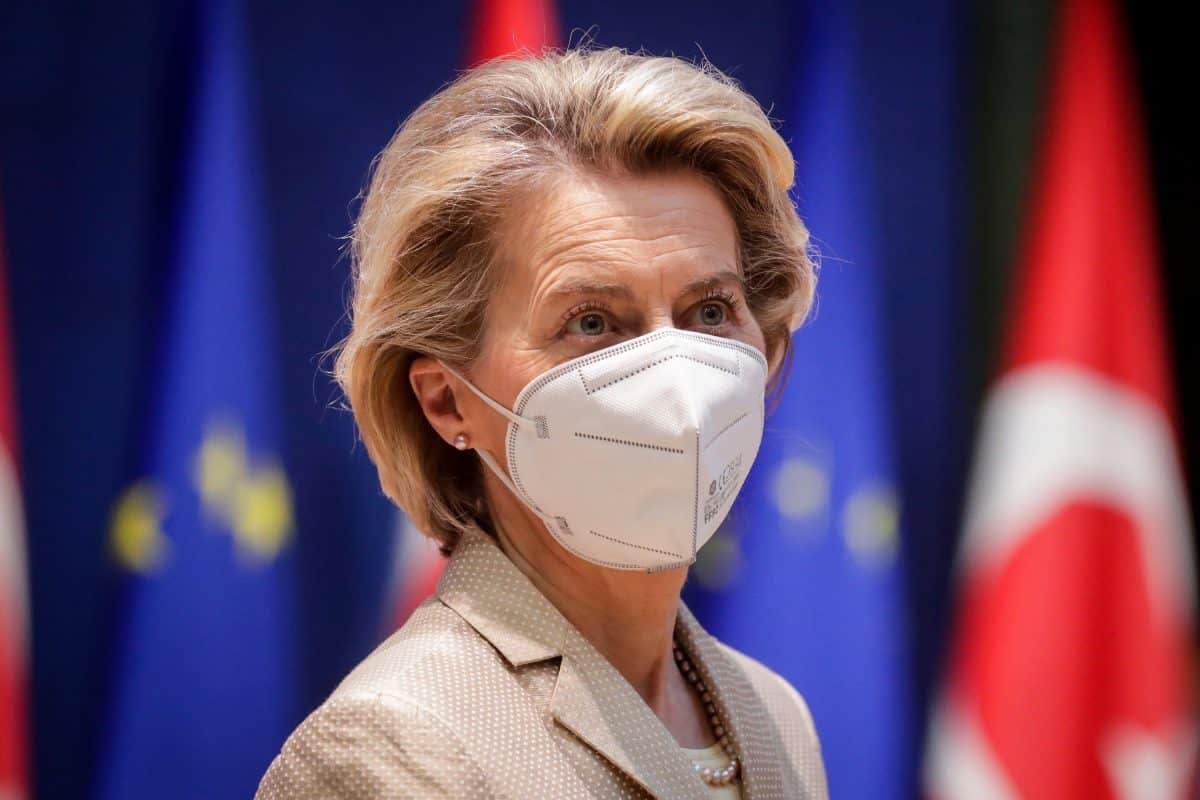 The European Union’s executive arm has said AstraZeneca could face export bans to countries outside the bloc if it does not speed up its delivery of the promised amount of vaccines. It comes as France and Poland have stepped up their lockdown measures.

The move comes as the European Commission increases the pressure on pharmaceutical companies to speed up their vaccine delivery to the continent as virus cases increase in many member countries.

Speaking to German media group Funke, Ms von der Leyen said the contract between the EU and AstraZeneca clearly regulates how much vaccines the EU receives from AstraZeneca’s plants inside the EU and in the UK.

However, Ms von der Leyen added, “we didn’t get anything from the Brits while we are delivering vaccines to them”.

She said the commission had sent a “formal reminder” to AstraZeneca regarding this issue.

Europe is a powerhouse in science.

But while we're good at making science with money, we need to get better at making money out of science.

Today, we launch the European Innovation Council to support researchers and turn their ideas into products on the market. #EUeic

AstraZeneca’s coronavirus vaccine is one of three approved for use in the EU.

However, its usage has been overshadowed by several problems, including a slow start, recurring delivery problems and a temporary ban for several days earlier this week in many EU member countries after reports of blood clots in some recipients of the vaccine.

Most countries in the EU have resumed giving AstraZeneca jabs again on Friday as infection numbers spike across the continent.

The Oxford/AstraZeneca vaccine, which is cheaper and easier to store than others, is seen as critical to ending the coronavirus pandemic.

France and Poland have reintroduced partial lockdowns as both countries battle a sharp rise in Covid infections in recent weeks. Germany has also seen a spike in cases.

Some 21 million people in 16 areas of France, including the capital Paris, are affected as the country fears a third wave.

The country has the highest new daily rates of Covid cases since November.

Parisians packed inter-city trains leaving the French capital and crammed into shops Friday ahead of a new lockdown aimed at stemming a surge in coronavirus infections.

Related: Harry pens foreword of book for children of health workers lost to Covid and reflects on Diana’s death