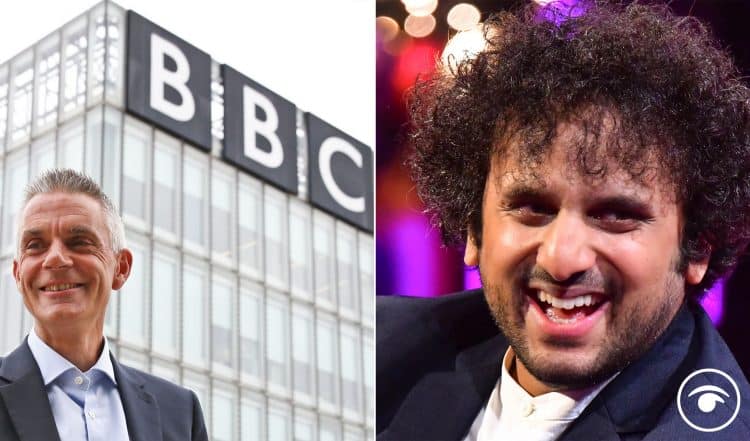 TV channel Dave has picked up Nish Kumar’s The Mash Report after it was axed by the BBC, for apparent ‘left-wing bias’

The BBC confirmed back in March that The Mash Report was not being recommissioned for a fifth series, with a statement reading: ‘We are very proud of The Mash Report but in order to make room for new comedy shows we sometimes have to make difficult decisions and it won’t be returning.

‘We would like to thank all those involved in four brilliant series and hope to work with Nish Kumar, Rachel Parris and the team in the future.’

Gammons are going to be crying! pic.twitter.com/4CAWCfhrYS

Get the band back together!

It was reported that the satirical show’s cancellation was part of a crackdown on the BBC’s ‘perceived left-wing bias’, following the introduction of new director-general Tim Davie.

Now, Dave has announced that the channel will be hosting a version of the series, now called Late Night Mash, after fans of the show begged the channel to pick up the show.

The show will air on Dave later this year.

The comedian shared the video on his own Twitter account adding: ‘We’re back baby’, and said of the news: ‘Mash is rising from the dead. I’m not saying I’m Jesus, I just look more like him than most images would have you believe.’

Dave channel director Cherie Cunningham said: ‘Dave viewers love nothing more than the quick wit of the best comedians in the country and I know the topical nature of this show will really resonate as we watch Nish and the team grapple with the latest sensations, headlines and online chatter.’