Grant Shapps has warned Beijing that there is ‘no excuse’ for the treatment of Edward Lawrence by Chinese authorities. 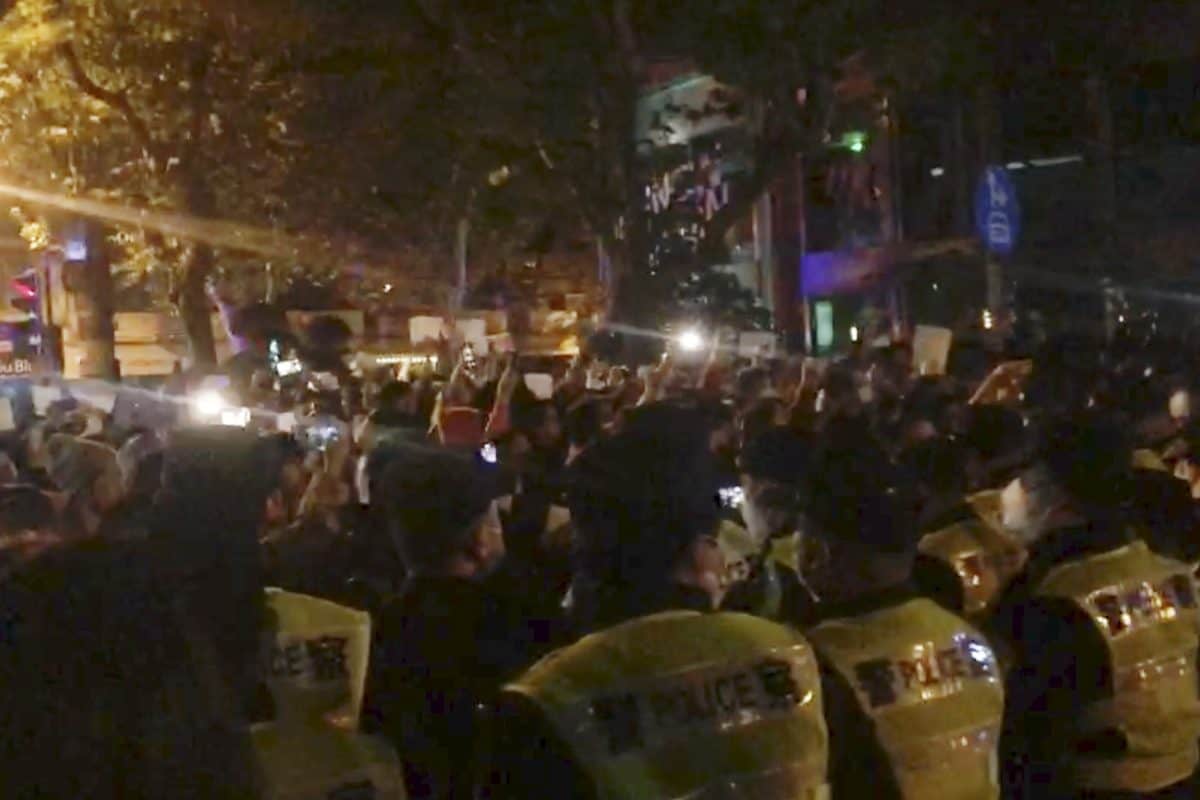 A Cabinet minister has warned Beijing there was “absolutely no excuse” for a BBC journalist covering protests in China to be “beaten by the police”.

Business Secretary Grant Shapps said on Monday that the incident was of “considerable concern” after the BBC said Edward Lawrence was “attacked” in Shanghai.

The broadcaster said it was “extremely concerned” after the cameraman was “arrested and handcuffed” while covering demonstrations over China’s Covid-19 restrictions, and then “beaten and kicked” by police.

Shapps told Sky News: “There can be absolutely no excuse whatsoever for journalists who are simply covering the process going on, for being beaten by the police.

“I know that’s (of) considerable concern.”

The Business Secretary also told LBC radio: “Freedom of press and freedom to report should be sacrosanct.”

He said it was “unacceptable” for journalists to be “caught up and involved and indeed arrested” when they should be “fully entitled to cover things freely”.

He tweeted: “The detention of Ed Lawrence is an echo of the repression the CCP is attempting elsewhere.

“China’s attempts at state repression here in the UK remind us of the urgent need to defend our own freedoms.”

It was reported that China’s foreign ministry contested the BBC statement, claiming Lawrence did not identify himself as a journalist.

Ministry spokesman Zhao Lijian reportedly said the BBC’s account did not reflect what had happened.

A spokesperson for the broadcaster earlier said: “The BBC is extremely concerned about the treatment of our journalist Ed Lawrence, who was arrested and handcuffed while covering the protests in Shanghai.

“He was held for several hours before being released.

“During his arrest he was beaten and kicked by police.

“This happened while he was working as an accredited journalist.

“It is very worrying that one of our journalists was attacked in this way whist carrying out his duties.”

Some footage on social media showed Lawrence being dragged to the ground in handcuffs, while he was seen saying in another video: “Call the consulate now.”

The corporation claimed it had no official explanation or apology from Chinese authorities, adding officials said Mr Lawrence was arrested “for his own good” in case he caught Covid from the crowd.

It said: “We do not consider this a credible explanation.”

Lawrence later tweeted: “I understand at least one local national was arrested after trying to stop the police from beating me.”

Since Friday, people have been staging protests across China, where street demonstrations are extremely rare, over the country’s draconian zero-Covid policy.

Lawrence has been in contact with the Foreign, Commonwealth and Development Office (FCDO) over the matter.