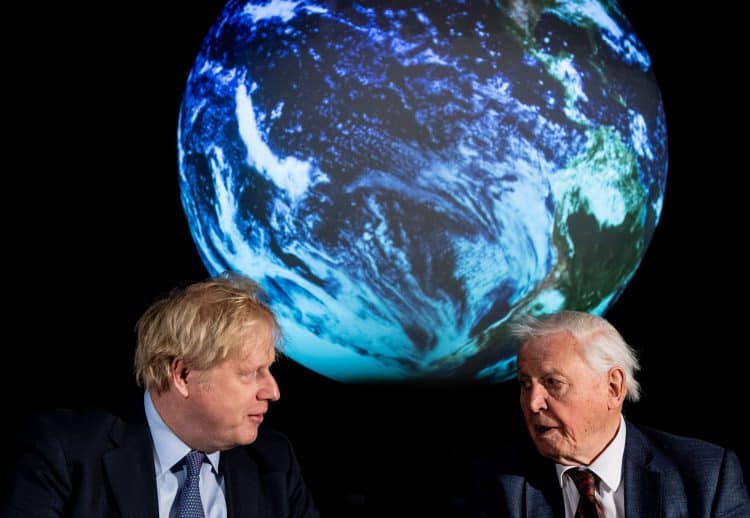 People who want to save the planet should join the Green Party, Boris Johnson’s climate spokeswoman has said.

Allegra Stratton, the public face of this year’s Cop26 climate change summit in Glasgow, made the admission in a newspaper interview earlier this week.

The former Downing Street press secretary – who had initially been hired to front the government’s now-cancelled daily televised press briefings – told The Independent: “When people say to me, ‘What can they do?’, they can do many things.

“So there’s lots of ways they can get involved in politics but for those people who wouldn’t, how do you start to change your life in manageable, achievable, feasible, small ways?”

Jonathan Bartley, the Green Party co-leader, welcomed Stratton’s comments. “After decades of inaction from both the Conservatives and Labour, we would absolutely agree with the government that joining the Green Party is the best thing people can do to help tackle climate change,” he said.

Stratton was responding to criticism from organisations like the Green Party of the government’s campaign to encourage people to take “micro-steps” which help the environment.

She was widely ridiculed this week after writing an article for The Daily Telegraph in which she suggested the public could fight climate change by freezing leftover bread and putting dishes in the dishwasher without rinsing them first.

The ideas are part of a government campaign called One Step Greener, which aims to help raise awareness on how individuals can be more environmentally-friendly.

This summer’s extreme weather has heightened urgency about the need to address global warming.

British summers are likely to regularly see temperatures of above 40C even if humanity manages to limit global warming to 1.5C, the UK’s leading meteorologists have warned.

The UK is already seeing increasingly extreme weather, with 2020 the third warmest, fifth wettest and eighth sunniest year on record – the first ever to fall into the top 10 for all three variables.

‘Our climate is changing’

Data published in the report The State Of The UK Climate 2020 revealed the average winter temperature for last year was 5.3C – 1.6C higher than the 1981 to 2010 average.

That makes December 2019 to February 2020 the fifth warmest winter on record, while the temperature last summer was 0.4C above average at 14.8C.

Early August 2020 saw temperatures hit 34C on six consecutive days, with five “tropical nights” where the mercury did not drop below 20C, making it one of the most significant heatwaves to affect southern England in the past 60 years, the report’s authors said.

Mike Kendon, climate scientist at the Met Office and lead author of the report, said the figures indicated a new normal for the UK.

“In seven out of the last 10 years, we’ve seen temperatures of 34C in the UK compared to seven out of the previous 50 years before that,” he said. “So this is an indication of the fact that our baseline of our climate is changing and what we regard as normal is changing.”