"Next week we will discuss if Kate Middleton is the new Jesus Christ." 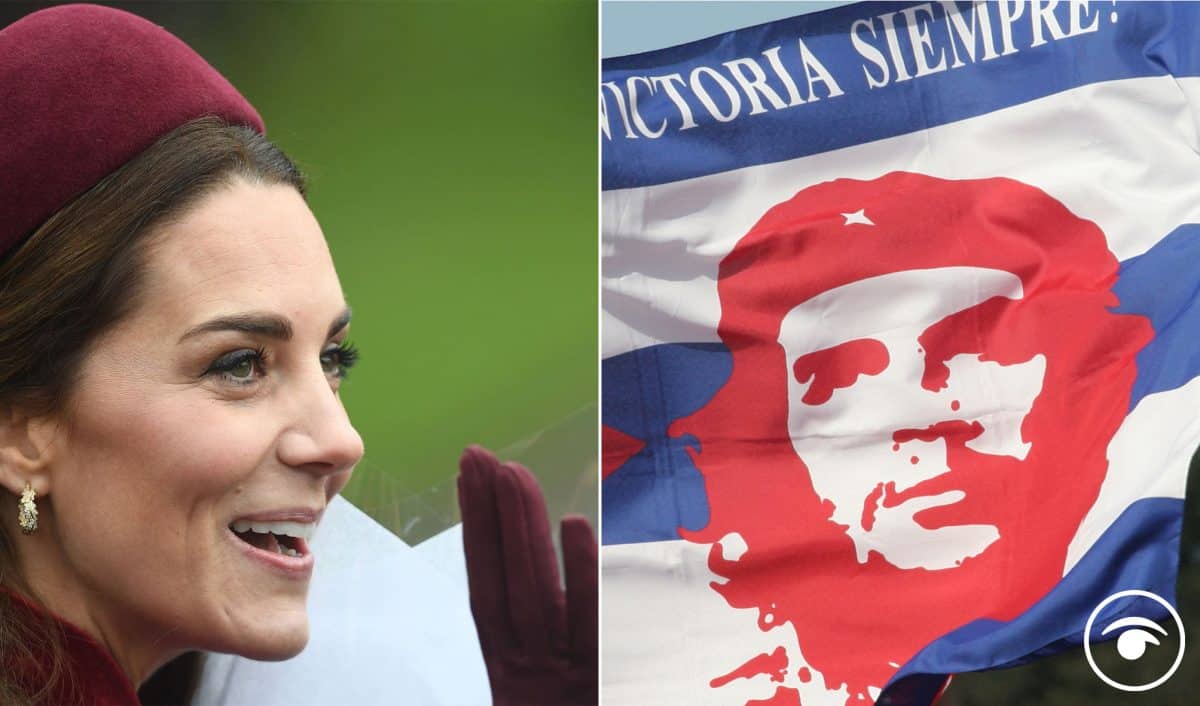 The Prince of Wales has recorded verse by acclaimed poet and Catholic priest Gerard Manley Hopkins to show support for Christians at Easter, Clarence House has said.

Charles has narrated the Hopkins poem God’s Grandeur which will be played during a virtual service on Sunday morning at Stonyhurst College, a Catholic boarding school in Lancashire where the Victorian cleric taught.

Clarence House said: “The Prince of Wales has recorded the Gerard Manley Hopkins Poem, God’s Grandeur, to show support for Christians around the world at Easter.

“Easter is the most important festival of the Christian Church, celebrating the resurrection of Jesus Christ on the third day after his crucifixion, and Hopkins’s poem captures the hope and joy associated with that season.”

So Prince Charles is trying to help out at Easter, but Kate could have been at a military training camp?

As today, The Sunday Times, not known as a friend of socialism, mocked up Kate Middleton, as Che Guevara.

Another day another very strange event in the media.

The sub heading, to the piece, reads: “Forget Harry and Meghan. The Duchess of Cambridge is quietly becoming the Firm’s most effective activist.”

Have a look at the picture (below)

As you can imagine a lot of people just couldn’t get their head around this.

“Their is an invisible contract with the firm & the press” – Prince Harry. pic.twitter.com/1dECNxc51g

Same week that Kate Middleton is awarded the undeserved tittle of revolutionary, Che Guevara hat and all, Meghan is demonised, again, for something that has nothing to do with her.

Does this ring a bell with anyone else? ???. This ever occurred before? Part 1 of 2 pic.twitter.com/kZsw3h7ItX

Just look at the Comments on this vomit inducing puff piece. Ghastly.

Why is the British media so content with praising laziness and mediocrity? Kate Middleton is no activist….she’s not even ACTIVE! Please go somewhere else with this bullshit. Revolutionary? My ass!? https://t.co/5ePqFsQpii

Kate Middleton is an "activist?"

Why have @thesundaytimes doctored an image to make Kate Middleton look like Che Guevara whilst writing articles about him being a homicidal maniac who terrorized his people?. https://t.co/TDLLZetT6X pic.twitter.com/E3RiVGNShs

Newest Report from the Most Reliable Source @thesundaytimes, reveals that it was actually Kate Middleton, Duchess of Cambridge who single handedly killed Osama Bin Laden, we would like to thank Her Royal Highness for her tremendous bravery and service! pic.twitter.com/EWSkBNbR0O

Related: Tory MP says love the flag and Queen or ‘move to another country’