“I wish it was only a one-off but the number of times that’s come across my desk I cannot begin to tell you. It has been pretty widespread.” 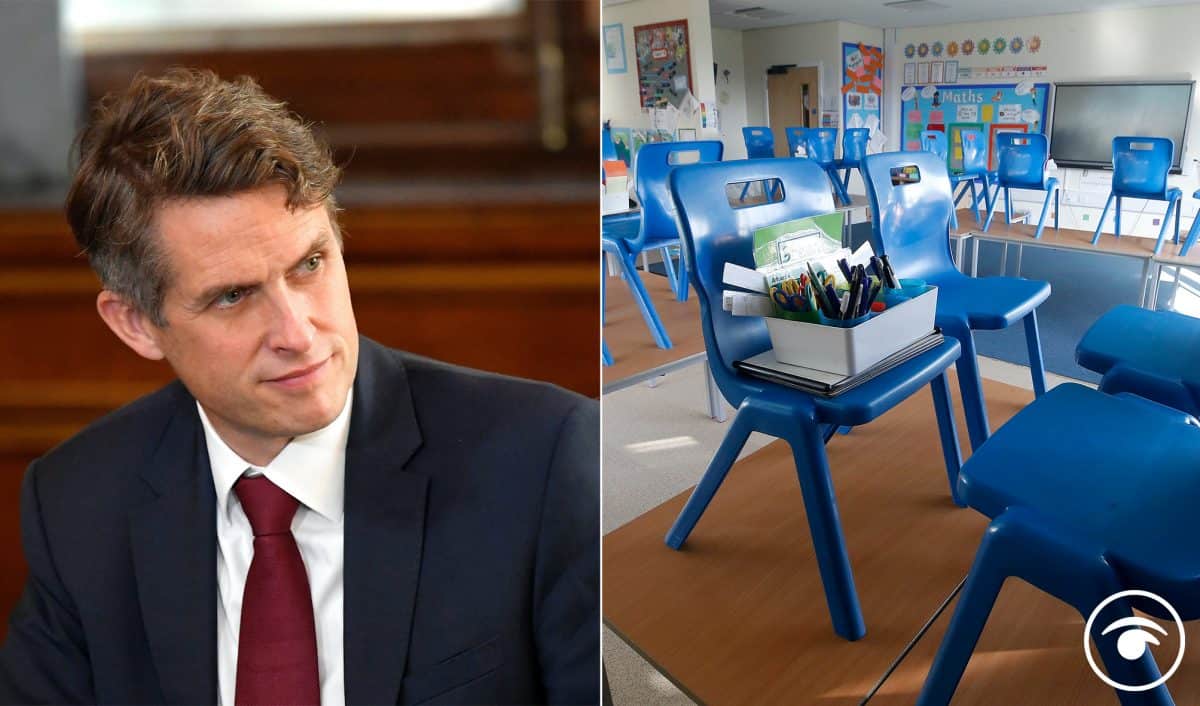 Some schools are not giving teachers time off from work to receive their Covid-19 vaccine, a teaching union leader has said.

Dr Patrick Roach, general secretary of the NASUWT teaching union, has called on ministers to act and “step in” when employers refuse to listen to teachers’ concerns amid the pandemic as he said they “deserve better”.

He said: “Ministers mustn’t only listen to the concerns of the profession – they need to act on them. Listen to teachers’ concerns about those employers who have felt emboldened to pursue ‘business as usual’.”

He added: “Listen to teachers’ concerns about uncaring employers who seek to discipline teachers if they contract Covid, or tell teachers they can’t have time off to receive their Covid vaccine jab.”

Dr Roach said reports of school staff being denied time off to get their vaccination were “widespread”.

Speaking to reporters, the union leader said: “I wish it was only a one-off but the number of times that’s come across my desk I cannot begin to tell you. It has been pretty widespread.”

Dr Roach said the Education Secretary had issued further guidance to schools on the issue after concerns were raised by the NASUWT teaching union.

He warned that such practices could play into issues around “vaccine hesitancy” and “slow down the system for everyone else”.

In his speech to the conference, Dr Roach launched an attack on the Government over its handling of the pandemic and actions towards teachers.

He said staff “must not be coerced into working yet longer hours or delivering summer schools” to deliver the Government’s short-term fixes.

Dr Roach added: “Teachers’ commitment and resilience have already been tested to the limit. They don’t need more exhortation and empty words – they need action by Government which puts teachers first.”

His comments came after the Education Secretary confirmed that a change to the summer holidays and longer school days are being considered as part of long-term recovery plans for pupils who have missed out on lessons.

In his speech on Sunday, Dr Roach said: “Government needs to stop looking for quick fixes and grabbing media headlines – instead of catch-up, they need to catch on, catch on to the long-term damage inflicted by their own policies.

“Catch on to the need for much greater investment in all those services that will provide the foundation for the education recovery that children and young people need.”

He added: “If we are to aspire to have the best country for children to grow up in, we will need more than catch-up and recovery. We need a plan for education renewal. And, we want a recovery, a renewal, that’s teacher-led too.”

On Sunday, Labour leader Sir Keir Starmer told the NASUWT conference: “The challenges of the pandemic have thrown into sharp relief the inequalities that were already embedded in our society.

“That is why there can be no return to business as usual.”

In a video message to delegates, Sir Keir said he knew “first-hand” that teachers had risen to the challenge as his children have been in school throughout the year due to his wife being an NHS worker.

He said: “Their teachers’ and all the school staff’s commitment and dedication has been nothing short of extraordinary. And I know that is the case in schools right across the country.”

Related: ‘No respite from the storm’ as teachers have been treated with ‘contempt’ by Government