The supermarket giant says most of its employees have now signed new contracts. 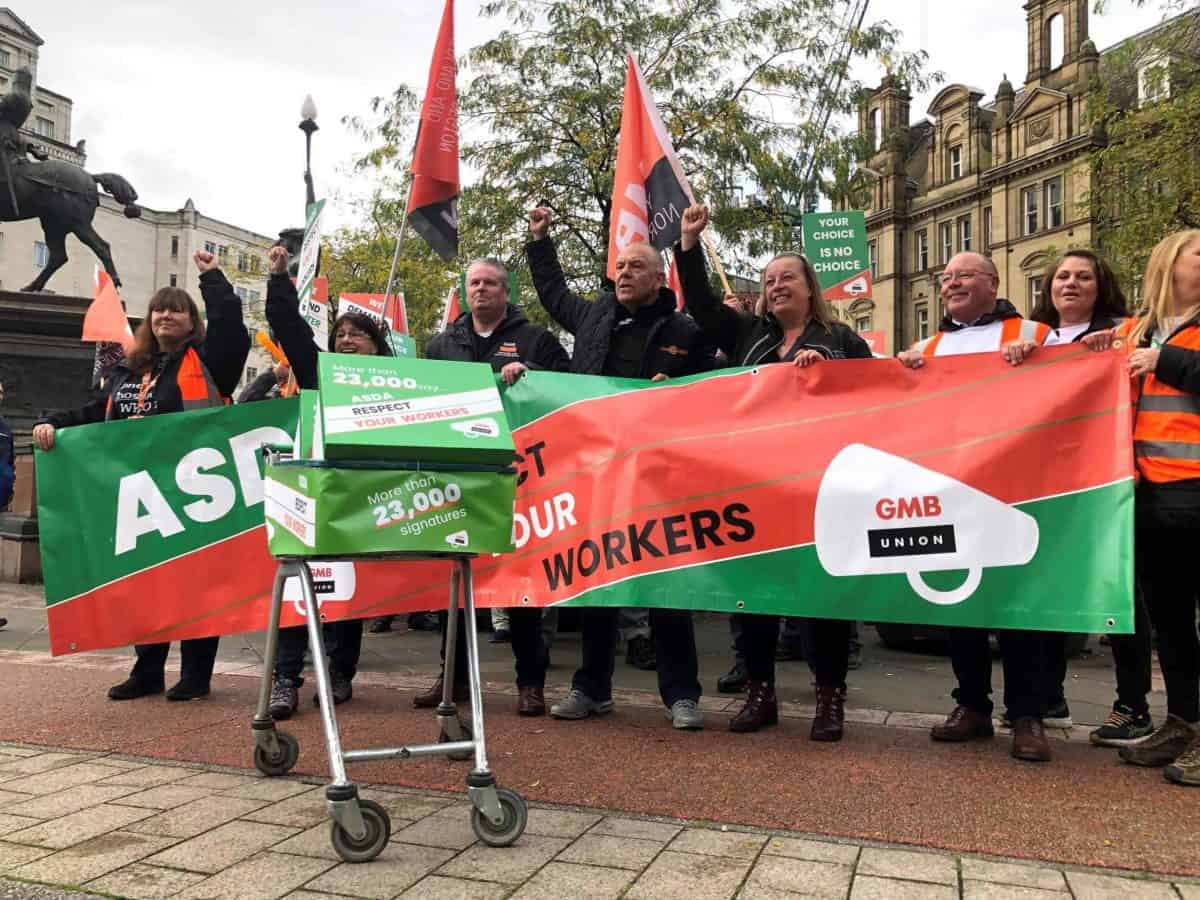 The row over new contracts for workers at supermarket giant Asda could persuade shoppers to go elsewhere, a union is claiming.

The GMB said a survey of 1,000 people it commissioned showed that almost two out of five said they would be less likely to shop at Asda after hearing the terms of the new contract.

The union has been embroiled in a long-running dispute with Asda over the new contracts, which it says removes paid breaks and changes shift patterns.

Asda says most of its employees have signed the new contract, adding that basic pay will increase, while workers will receive an enhanced package including an annual bonus.

“Asda customers overwhelmingly want to be served by people who are respected and treated well in their jobs – no one wants to feel bad about doing their shopping, especially at Christmas.

“GMB don’t take any joy from this, because our members’ jobs depend on people shopping at Asda but people want to feel good about where they shop and clearly could vote with their feet.

“Asda could still rethink their plans and simply stop going down this route of imposing punishing new terms on loyal workers who work hard for them every day. GMB is calling on them to do just that.”

An Asda spokesman said. “We have always been clear that we understand people have responsibilities outside of work and we will always help them to balance these with their work life.

“We will not be asking them to constantly move the time they work, their days or departments.”

Asda pointed out that the survey also found that almost half of respondents felt the contract change would have no impact on their shopping plans and 17% stated they would be more likely to shop with the supermarket.

An Asda spokesman added: “Following a robust, fair and extensive consultation process, we’re pleased that almost 120,000 of our retail colleagues are now working on the same contract, with the same terms and conditions and the same enhanced benefits package, including an increased hourly rate.

“This contract is about fairness for all our colleagues and moves us in line with our competitors. We have always been clear that we understand people have responsibilities outside of work and we will always help them to balance these with their work life; we will not be asking them to constantly move the time they work, their days or departments.

“We do not want anyone to leave us as a result of this necessary change and so we have written to the 250 colleagues who have not signed the contract to offer a little more time to sign up and continue to work with us, should they wish.

“Whilst retail as a whole is under continued pressure, we will do all we can to ensure we have a sustainable business for our customers, our colleagues and the communities we serve.”