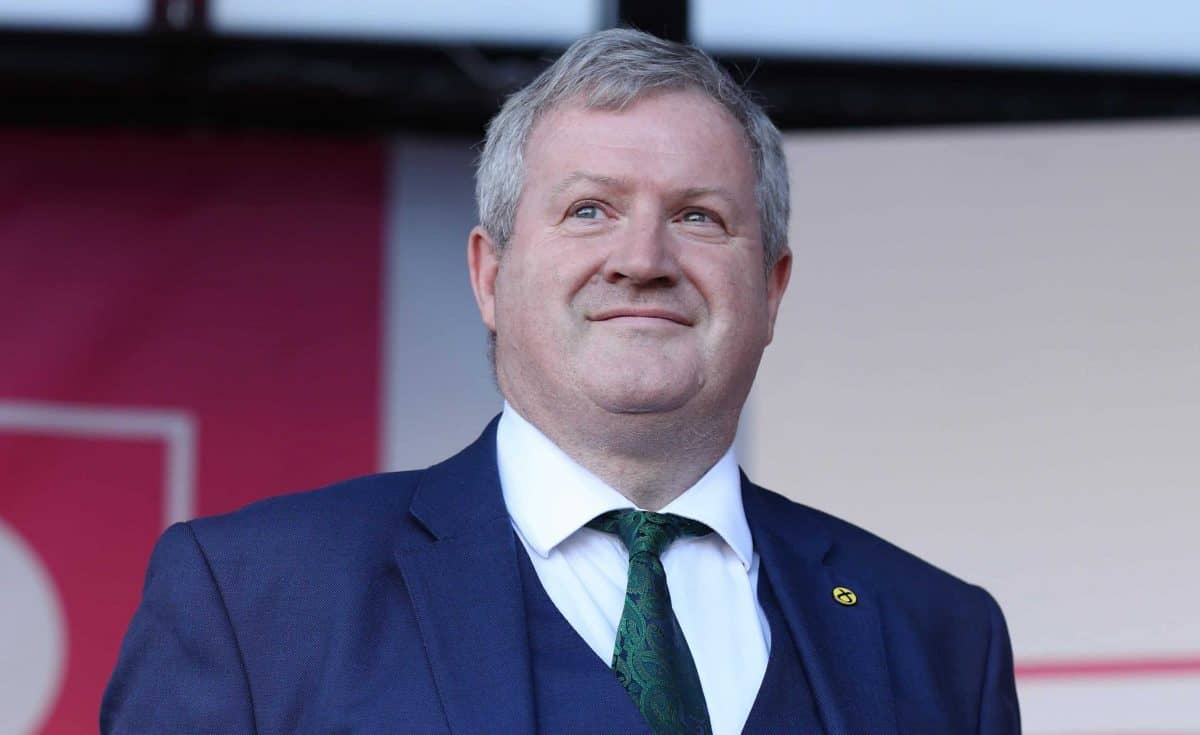 The UK should not be investing in weapons of mass destruction, the SNP’s Ian Blackford has said.

Questioned on whether the issue of Trident would stop the SNP holding negotiations with another political party in the case of a hung parliament, Mr Blackford said his party have been “pretty consistent” that they “don’t wish to see nuclear weapons” on their soil.

He added that the SNP will “come up with a wish list” of policies they want to secure for a potential coalition government to be formed.

Mr Blackford was asked on Sky’s Sophy Ridge On Sunday whether scrapping Trident remains a “red line” for the SNP.

In response, he said: “Well look, we will come up with a wish list of things that we want to see.”

“We’re been pretty consistent down through the decades that we don’t wish to see nuclear weapons on our soil. We want to make sure of course that we take our responsibilities for defence seriously and I think it’s important to say that today of all days when we’ve got Remembrance Sunday to look forward to.

“But we don’t believe that we should be investing in those weapons of mass destruction,” he added.

The SNP’s parliamentary candidate for Ross, Skye and Lochaber added that nuclear weapons “are not fit for purpose”.

He said: “We would simply say that these weapons are not fit for purpose. The simple fact of the matter is I’m not sure that we’re taking our responsibilities for conventional defences as seriously as we should be doing.

“And I think to waste up to £200 billion on these weapons of mass destruction that can never be used is a fallacy.”

Earlier in the interview, Mr Blackford was pushed on whether the SNP would form a coalition pact with Labour after Mr Corbyn said he would not grant a second Scottish independence referendum “in the early years” of his leadership.

Mr Blackford said it should be “the Scottish people, the Scottish Parliament that decides when and how we’re having a referendum”.

He added: “Well, I think what everyone has to recognise, whether it’s Boris Johnson, whether it’s Jeremy Corbyn, is that when the SNP went to the polls in 2016 for the Scottish election, we did that on a manifesto commitment that if there was a change in circumstances then we’d reserve the right to have a referendum.

“We won that election with the Government in Scotland, and any prime minister should respect democracy. It should be the Scottish people, the Scottish Parliament that decides when and how we’re having a referendum, and we’ll not be stopped by Boris Johnson, Jeremy Corbyn or anyone else.”

“Ultimately, we have got that right to choose our own future in Scotland, and choose to become an independent nation in Europe,” he continued.