They claim the Field Marshal was a 'racist' and condemned his part in setting up concentration camps in South Africa during the Boer War. 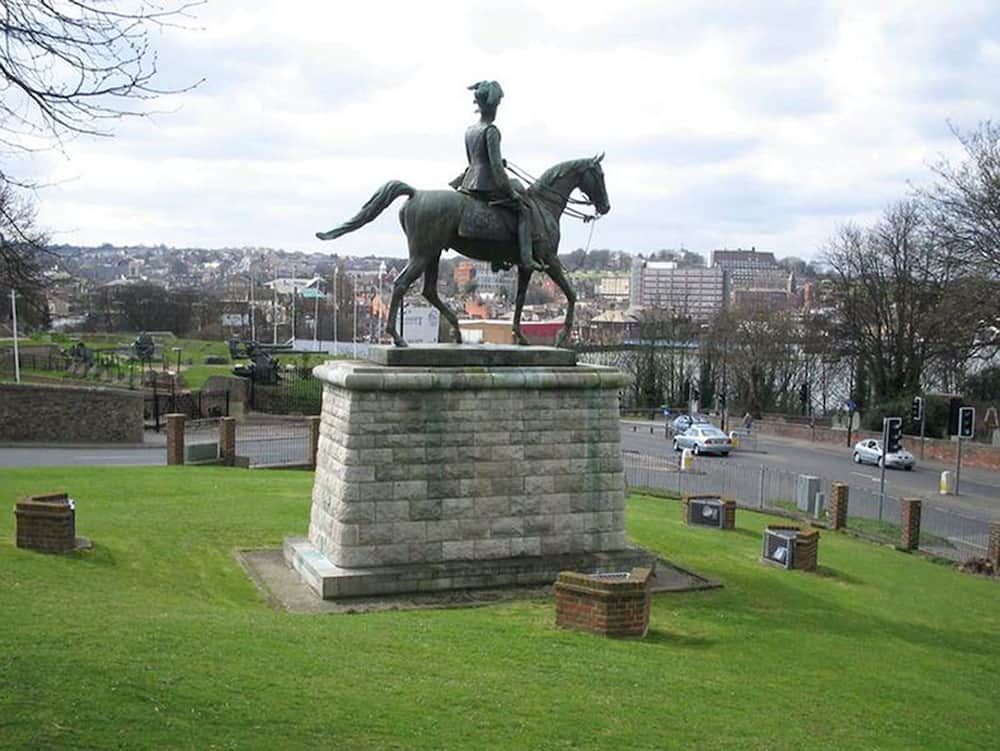 Antiracism protestors want to pull down a statue of military icon Lord Kitchener.

But thousands of people have signed a petition to retain the memorial to one of Britain’s most decorated soldiers whose face and pointing finger famously featured on World War One ‘Your Country Needs You’ recruitment posters.

Protestors are fighting to topple the bronze figure which depicts the former Secretary of State for War on horseback in Chatham, Kent.

However, counter protesters wanting to protect the monument hail Kitchener as a “hero of his time” and a “leading engineer in military innovation”.

It comes after a statue of slave trader Edward Colston was hauled from its plinth and thrown into Bristol harbour during Black Lives Matter protests on June 7.

Opposing groups will argue their views on the Chatham statue to Medway Council.

NHS nurse Jacqui Berry, who works at Medway Maritime’s intensive care unit, is spearheading the move to take down the statue.

The 32-year-old, from Strood in Kent, said: “We should not be putting somebody on a pedestal who oversaw the massive expansion of concentration camps.

“Any reasonable person can see why it’s a problem to have somebody who oversaw such widespread death and destruction on a massive plinth in a town centre in 2020.”

Jacqui said the move to take down the statue was not about erasing history.

She added: “It’s only by drawing attention to this sort of thing that we learn what actually happened.”

Her petition, one of two in circulation, has so far attracted 500 names.

But a rival petition urging for it to remain has drawn nearly 3,000 signatures.

Supporters say to remove it would be “an insult to the local military and their engineering history”.

The petition reads: “We request you save the statue and work with the Royal Engineers Museum to show Lord Kitchener for who he really was.”

Mistakes of the past

Former sapper Steve Craddock, 62, said: “For me, we cannot look back on the distant past through 21st century eyes.

“Kitchener, warts and all, was possibly the most famous Royal Engineer of them all and it is fitting that he should be remembered in Chatham, which has been the home of the Corps of Royal Engineers for over 200 years.

“I also think that remembering history, good and bad, enables us to look back and hopefully not repeat the mistakes of the past.”

The St Mary’s Island resident served in the regiment for 15 years and has raised nearly £500,000 for Help 4 Heroes.

Lord Herbert Kitchener, as Secretary of State for War, played a central role in the First World War. Born in Ireland, he died aged 65 when HMS Hampshire sunk en route to Russia in June 1916.