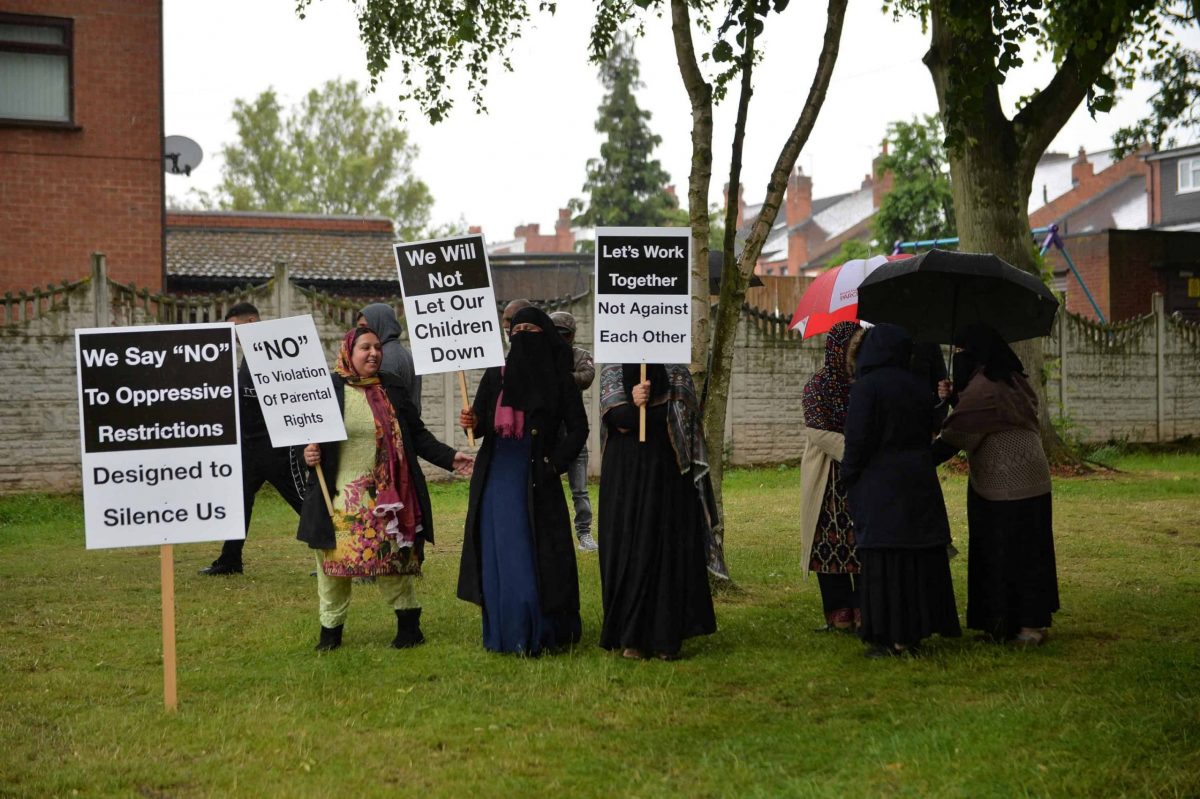 Anti-LGBT equality teaching protests have been permanently banned from outside a primary school which witnessed weeks of noisy demonstrations, a judge has ruled.

The ban, handed down at the High Court in Birmingham on Tuesday, includes an exclusion zone surrounding the city’s Anderton Park Primary School.

The injunction was made against three individuals – the protest’s main organisers Shakeel Afsar and Amir Ahmed, and parent Rosina Afsar, as well as “persons unknown”.

Headteacher Sarah Hewitt-Clarkson had previously described the demonstrations as “awful”, “toxic and nasty”, and has spoken of receiving threats as a result of the gatherings.

The self-styled businessman, who has no children himself at the school, claimed protests were only triggered because the headteacher had not properly consulted parents about relationships teaching.