The Labour candidate for the Uxbridge and South Ruislip constituency laid in front of a bulldozer in opposition to the Heathrow expansion. 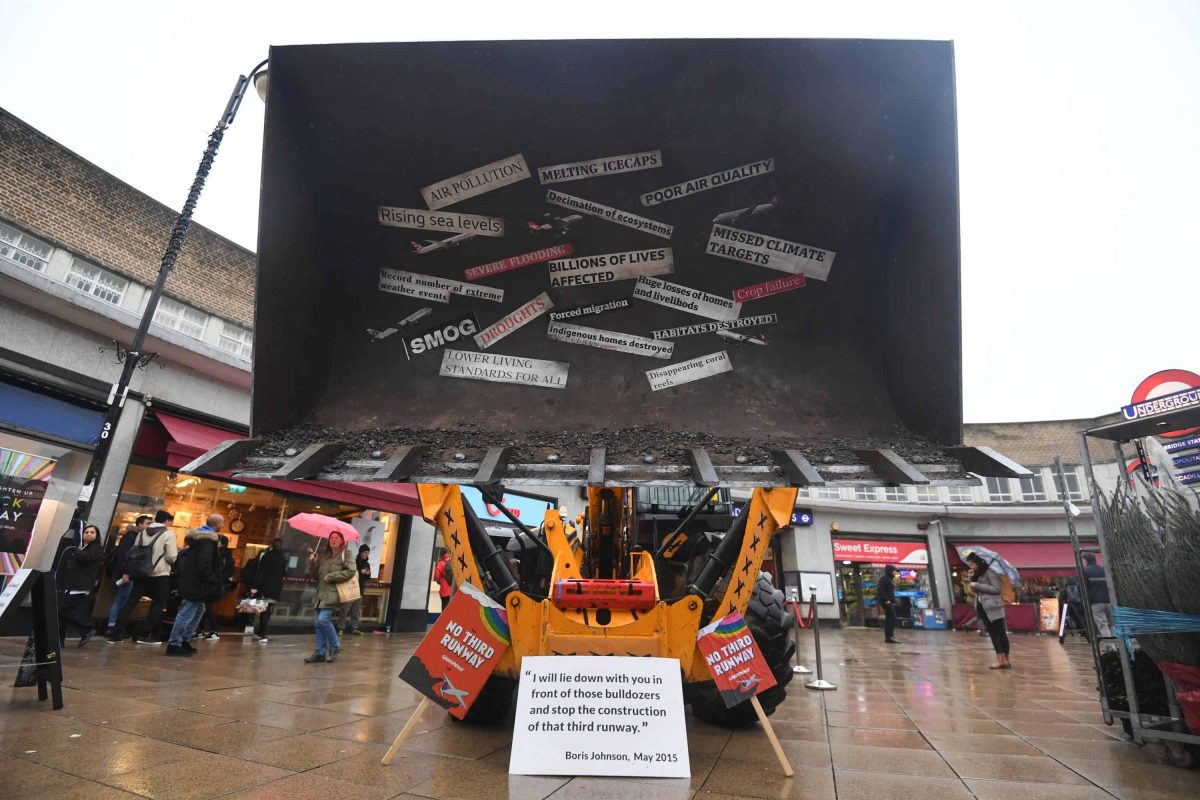 Boris Johnson has been given the chance to make good on his word and lay in front of a bulldozer in opposition to the Heathrow expansion.

A bulldozer was brought to his Uxbridge and South Ruislip constituency on Tuesday to give the Prime Minister the chance to oppose the third runway at Heathrow Airport.

As mayor of London in 2015, Mr Johnson vowed to “lie down in front of those bulldozers” rather than see the airport expand.

Taking on Mr Johnson in Uxbridge and South Ruislip is Labour’s Ali Milani, who laid in front of the bulldozer in opposition to the expansion on Tuesday.

Mr Milani said the bulldozer was a visual representation of how Mr Johnson has let down the community.

“This is a symbolic moment for us and an important moment for us to remind residents that Boris Johnson has failed not only the people of Uxbridge and South Ruislip but great Britain more broadly,” he told the PA news agency.

“With the election just 17 days away we have a unique opportunity here to make history by unseating Boris Johnson and making him the first sitting prime minister to lose his own seat.”

The Labour candidate said he was “extremely confident” he could unseat the prime minister.

“One of the reasons the third runway is so important to us is because the air we breathe is the worst in western Europe,” he said.

“Boris Johnson doesn’t live here. He literally doesn’t breathe the same air as we do.

“He has lied to us on a consistent basis.

“We are confident on December 12 that we are going to make history by unseating a sitting prime minister.”

While the Labour Party has not clearly opposed or approved the Heathrow expansion plan in its manifesto, Mr Milani said as a local candidate he opposed the third runway.

The Liberal Democrat for the nearby seat of Ruislip Northwood and Pinner, Jonathan Banks, also laid in front of the bulldozer on Tuesday.

He said the impacts of the airport expansion are “unacceptable”.

“When Boris Johnson said he was going to lie in front of the bulldozers he was just lying”.

The bulldozer was placed on High Street in Uxbridge by Greenpeace.

“At the moment the prime minister is massively sitting on the fence on this issue,” Mr Chetan-Welsh said.

“Show your commitment to stopping this climate-wrecking third runway.”

The Greenpeace campaign was briefly interrupted by Sarah Green, the Green Party candidate for Ruislip Northwood and Pinner, who was demanding HS2 be scrapped.

Ms Green unfurled a banner calling for the high speed rail to be abandoned and yelled “stop the HS2” during the Greenpeace campaign.

Mr Johnson is going into the General Election defending the smallest constituency majority for a prime minister in nearly 100 years.

Mr Johnson has been the MP for Uxbridge and South Ruislip since 2015.