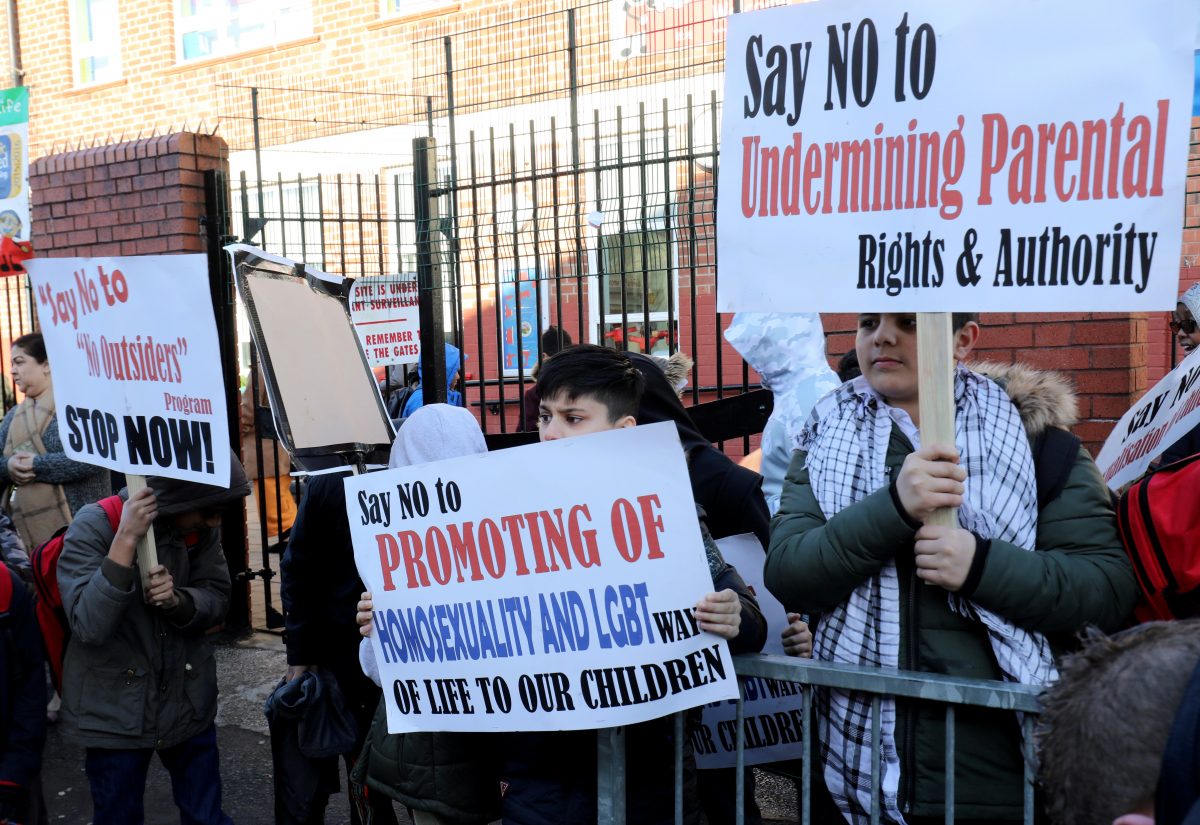 Parents have halted protests against homosexuality being taught at a primary school while talks take place about the future of the lessons.

It was introduced by assistant headteacher Andrew Moffatt, and includes lessons on same-sex relationships.

The group of predominantly-Muslim parents believe the programme does not respect their religious beliefs.

Up to 500 pupils were taken out of school by parents during one protest last month, and parents have staged several demonstrations outside the school gates.

But the Parkfield Parents Community Group announced yesterday (March 22) it would cease protests while a consultation takes place.

A statement posted online said: “Parkfield Parents Community Group has engaged the mediation and consultation to resolve the issues concerning the No Outsiders programme in Parkfield School with the school’s trust, facilitated by the Department for Education.

“During the mediation and consultation process, parents will cease to hold any protests in relation to the No Outsiders programme.

“Parkfield Parents Community Group will not make any further official statement for the duration of the consultation, or mediation, on No Outsiders programme.

“Parkfield Parents Community Group is independent of any other group or person who may speak about No Outsiders in a personal capacity.”

The school has previously stated it will not continue teaching No Outsiders while the dispute continues.

In a statement, a school spokesperson said: “Until a resolution has been reached, No Outsiders lessons will not be taught at Parkfield and we hope that children will not be removed from school to take part in protests.”

Amir Ahmed, 54, a parent and IT consultant, who has spoken at previous protests, said it was too early to say what the parents would want from a new curriculum.

He denied the protests were homophobic, and said the response to the protests from the LGBT community had been “intolerant” of his community’s religious views.

Speaking on Saturday Mr Ahmed said: “We have ceased protests to respect the consultations.

“The consultations are on the basis that No Outsiders will be abolished and a new programme will be introduced, implementing the Equality Act.

“We want to be able to preserve our moral values.

“I don’t think the children should be taught it’s morally acceptable to have a same-sex relationship.

“The children saw a video of two men kissing, and one came home and said ‘can I marry my best friend?’.

“This is not the way you teach equality.

“That is totally contrary to our moral values.

“It is promoting an LGBT way of life.

“We don’t want children to be taught that it’s fine to be LGBT.”

Addressing the issue of children at the school who may already know they are homosexual, Mr Ahmed said: “How would a child know they are gay at that age?

“Making that distinction at that age is not necessary.

“It’s intolerant of our values. We are very tolerant and respectful.

“Homosexuality is only understood by adults and mature individuals.

“There shouldn’t be sexualisation of young children.

“The LGBT community have been intolerant of our values, when they call us homophobic.”