The Conservatives are relying on low turnout and Brits not voting tactically for their predicted majority. 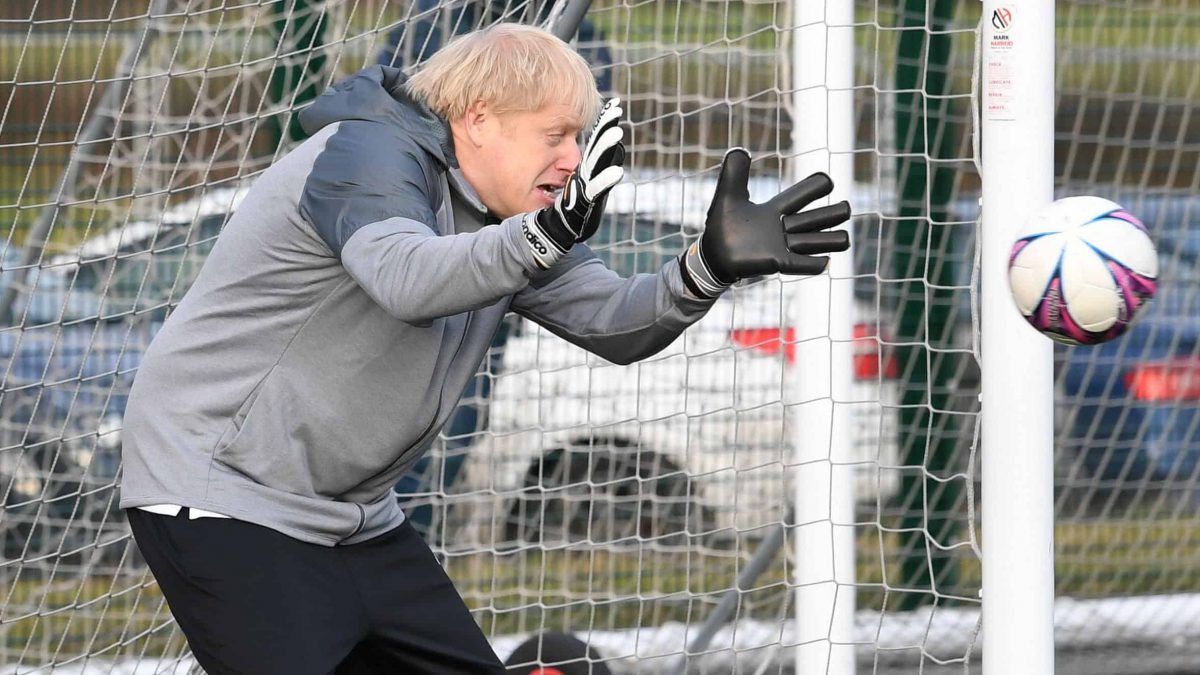 A second survey in the weekend before Britain goes to the polls reveals how the Conservatives’ lead could be torn apart if Brits vote tactically to defeat them.

Yesterday a new poll found the Conservative lead has fallen to 6%. The survey also showed that tactical voting would wipe out a Conservative majority on 12 December.

But with tactical voting, based on Remain United research (Savanta ComRes polling) which found 43% of Remain voters intend to vote tactically, the result would mean a hung parliament which could see Boris Johnson evicted from Number 10.

Now polling of more than 10,000 people carried out last week by Populus Data Solutions (PDS) confirms the Tories’ greatest fear – that Remain-backing voters could switch sides to prevent a Conservative MP being elected in their constituency.

Conservatives are said to be largely confident of winning a majority, but much of that depends whether enough Labour voters who voted Leave in the referendum believe Boris Johnson’s Brexit promises enough to hold their nose and vote for a party that presided over a decade of devastating austerity.

High turn-out is a worry for the Tories too, as many will be turning up to vote them out, but their main fear is Remain-supporters and supporters of a Labour-led Brexit voting tactically to defeat Tory candidates in their constituency.

More than half of Labour Remain voters would “vote tactically” to stop a Tory victory where they live, the latest research by PDS shows.

Independent crossbench peer Lord Cooper of Windrush, the chair of Populus and a former head of strategy for the Conservative Party ahead of their 2015 election victory, said this presents a problem for Boris Johnson.

“As shown powerfully in this big new poll, if those who say they are willing in principle to vote tactically to avert hard Brexit actually do so, there is still a real chance of preventing it,” he warned. Lord Cooper had the Tory whip suspended after he said he backed the Liberal Democrats in the 2019 European Parliament elections.

In the PDS poll voters were asked how they would vote if the “only parties with a realistic chance” of beating the Conservatives were either Labour or the Liberal Democrats.

Of those who said they were certain to vote, 30% of those backing parties other than the Conservatives or Labour – such as the Liberal Democrats or Greens – would switch their vote to Labour in a bid to stop the Tories winning in their constituency. The figure is higher for those who voted Remain in 2016, rising to 37% willing to back Jeremy Corbyn’s party.

The previously unpublished poll, which was fielded between November 25 to December 2 and commissioned by the pro-Remain Future Campaign, also throws fresh light on the views of 2017 Labour Leave and Conservative Remain voters. The two groups make up almost equal slices of around 8% of the electorate.

Currently, the Tories are retaining 64% of their Remain support from 2017 but a third of them are now backing broadly Remain parties such as Liberal Democrats, Labour, the Greens or the SNP. Labour has retained 60% of its 2017 Leave vote, with a significantly smaller proportion – less than 20% – saying their first preference is to vote Conservative.

The Prime Minister had a kick about with children in Cheshire on Saturday, but it was his embarrassing pronouncements that provided an own goal as usual later that evening. Boris Johnson’s long record of racist comments came back to haunt him live on Sky Sports on Saturday night.

Former England and Manchester United defender Neville, now a Sky Sports pundit, has been outspoken in defending the England team and their response to racism. On Saturday Roy Keane appeared to nod approvingly as Neville accused Boris Johnson of fuelling racism in the UK in football as well as in wider society.

Discussing reports of racist monkey gestures during Saturday’s Manchester derby at the Etihad Stadium, Neville said: “You are watching the Prime Minister’s debate last night where he is talking about migration to this country, and people having to have certain levels.

“It fuels it all the time. It has got worse over the last few years in this country and not just in football.”

How voting tactically could unseat some senior Conservative cabinet members

In Chingford and Woodford Green, for example Iain Duncan Smith, the ex-work and pensions secretary, is only four percentage points ahead of Labour challenger Faiza Shaheen. The Green Party have stood aside to help unseat the Tory bogeyman, which could happen if around two out of five of those intending to vote Lib Dem instead decide to vote tactically for Labour.

Conservative MP Steve Baker chairman of the hard Brexit championing European Research Group (ERG) is around 13 points ahead of his Labour challenger in Wycombe. But if just over half of the 22% of voters planning to vote Lib Dem or Green switch to Labour, Baker could be toppled.

Dominic Raab enjoys a healthy majority of 23,298 in his Esher and Walton seat but according to recent polling he is currently on course to win by fewer than 3,000 votes in the Surrey seat where 58% voted remain. Tactical switching by Labour supporters or a higher turnout among the under-40s could hand the seat to the Liberal Democrats and unseat the former Brexit secretary

Even Boris Johnson could be in danger if supporters of other parties put their differences aside and turn up on December 12 to vote for Labour’s Ali Milani in Uxbridge and South Ruislip.