He does have a habit of U-turns... 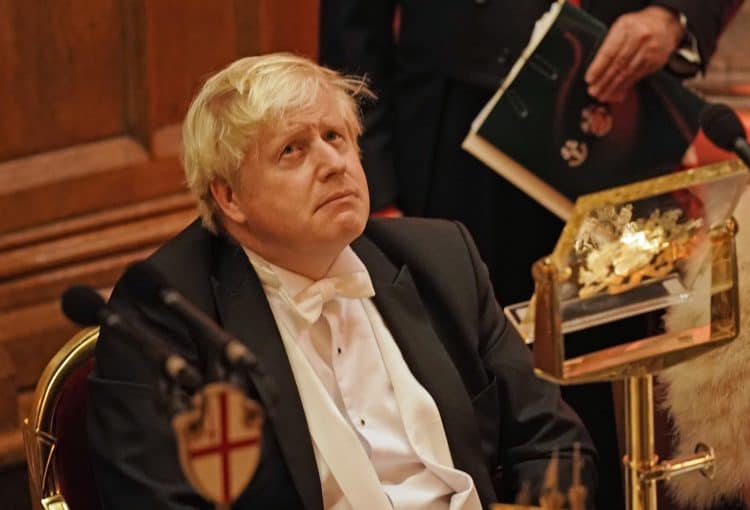 Former chancellor George Osborne has predicted Boris Johnson will U-turn on plans to scale back rail improvements in the North when it comes to a general election.

Transport Secretary Grant Shapps confirmed on Thursday that the eastern leg of HS2 was being scrapped while the planned Northern Powerhouse Rail (NPR) project was being curtailed.

At the same time, he said people could not have “everything at once” while going ahead with the HS2 extension would mean “smashing through unspoilt countryside and villages”.

Mr Osborne, who was chancellor between 2010 and 2016 and spearheaded the Northern Powerhouse project, said he thought electoral pressures would force the PM to change his mind.

Speaking to the Financial Times’ Payne’s Politics podcast, he said: “Frankly, I don’t think high speed rail in the east of England, up to Yorkshire, is dead yet.

“You’ve had the Labour Party commit very quickly to build it, I think the pressure will grow on the Conservatives because, actually, there are quite a lot of marginal seats around Bradford and Leeds.

“I think the politics of that over the next two years, we’ll see – and it wouldn’t be for the first time – our Prime Minister execute a U-turn and come back to promising an eastern leg of HS2, just over a longer period of time.”

Mr Osborne said the Prime Minister “lacks ambition” over the rail plans, adding: “It’s not often you can say this about Boris Johnson.”

He said the programme proposed was “pretty much the same” as had been in front of ministers for a decade.

The main elements of the £96 billion IRP released on Thursday were:

The Northern Powerhouse Partnership lobbying group, which Mr Osborne chairs, has claimed its analysis of the changes represented a £36 billion cut compared to what was initially promised for the various schemes.

Mr Osborne described the fallout from the announcement as a “terrible reaction” and said: “They spent £100 billion and got a massive raspberry from everyone.”

Asked what he thought would make Mr Johnson change his mind, Mr Osborne said: “I think the economics of it and the benefits it brings the north of England, both the eastern leg to Leeds but also, crucially, the east-west link from Manchester across Leeds and Bradford, are very self-evident.

“The business community in the north, the council leaders – both Conservative and Labour – in the north, are absolutely clear that it would create the connectivity to allow these metropolitan clusters to grow and bring economic growth to the north.”

He added: “In politics therefore, often these are not sort of settled positions if something hasn’t worked and people haven’t really bought it.

“I think the pressure that the Labour Party is applying by committing particularly to the east-west line, HS3 or Northern Powerhouse Rail depending what you want to call it.

“You know, all of these things will work away and fundamentally you’ll get into a general election period and it’ll be like, what can you do for the North?

“You know, the other side is promising further rail improvement, high-speed rail, and I suspect the Conservatives will end up recommitting to it.”

It comes as business leaders from across the north wrote to Mr Johnson urging him to reconsider.

On a visit to a Network Rail logistics hub near Selby on Thursday, Mr Johnson dismissed the charges of broken promises as “total rubbish”, insisting the Government would deliver on them “eventually”.

“Of course there are going to be people who always want everything at once. And there are lots of people who are [going to] say, ‘look, what we should do is carve huge new railways through virgin territory, smashing through unspoilt countryside and villages and do it all at once’,” he said.

“The problem with that is those extra high-speed lines take decades and they don’t deliver the commuter benefits that I’m talking about. We will eventually do them.”