"Thoughtlessness, arrogance, complacency, being tone deaf to public opinion – in the past few days, the Tories have exhibited the traits of an exhausted government in its dying days," said the...Telegraph. 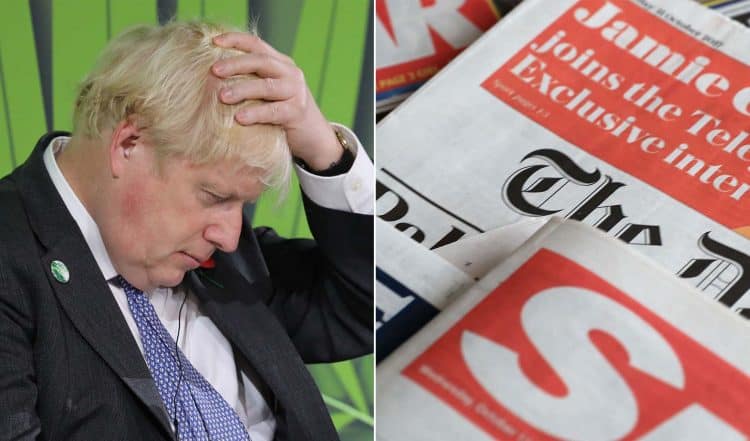 The nation’s papers are led by almost wall-to-wall coverage of Owen Paterson’s exit from Parliament.

The Daily Telegraph reports former Cabinet minister Mr Paterson resigned as an MP amid anger at No 10’s handling of “sleaze” allegations against the Conservative, in what the i calls a “day of chaos in Downing St”.

They also published an opinion piece by Fraser Nelson who wrote: “Thoughtlessness, arrogance, complacency, being tone deaf to public opinion – in the past few days, the Tories have exhibited the traits of an exhausted government in its dying days.”

The Independent, Metro and The Times lead with a U-turn on plans to establish a new committee to rewrite Commons standard procedures sparking “Tory fury”.

The Guardian says the saga has plunged the Conservatives into “crisis”, while the Daily Mail asks “Is anybody in charge”?

Meanwhile, the Daily Star takes a typically sideways view of the events.

Elsewhere, the Daily Mirror reports murderer David Fuller sexually assaulted “at least 100” dead women and girls in hospital mortuaries, with concerns the final figure could be even higher.

The Daily Express leads with the world’s first at-home pill to fight Covid-19 being granted approval for use in the UK.

And the Bank of England’s decision to keep interest rates on hold has left markets “confounded”, according to the Financial Times.