"From one of his long suffering constituents - THANK YOU! Brilliant" wrote one fan of the video. 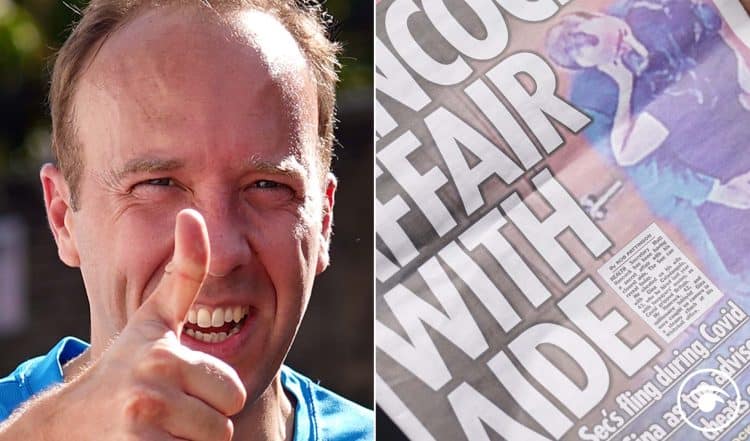 Recently Matt Hancock said the United Nations had written to him to explain that a technicality in its rules meant it could not offer him a special representative role as planned.

The former health secretary had been due to take up an unpaid post in the UN Economic Commission for Africa to assist countries on the continent to recover from the coronavirus pandemic.

But, after a UN spokesman was quoted saying the job was “not being taken forward”, Mr Hancock released a statement to clarify why the offer had been withdrawn.

Reacting to the announcement that Mr Hancock would no longer be taking up the post, Nick Dearden, director of campaign group Global Justice Now, said: “It is right for the UN to reconsider this appointment.

“If Matt Hancock wants to help African countries recover from the pandemic, he should lobby the Prime Minister to back a patent waiver on Covid-19 vaccines.

“If he’d done that when he was in government, tens of millions more people could already have been vaccinated across the continent.

“The last thing the African continent needs is a failed British politician.

Labour said a book by the former Cabinet minister about his handling of the pandemic would be a ‘tasteless cashing in on tragedy’.

Labour deputy leader Angela Rayner said on Twitter: “It is absolutely disgusting that Matt Hancock gets to put his spin on events – and his failures – for a bumper pay day before bereaved families get the truth about the government’s failures and mishandling of the pandemic in a public inquiry.”

In a separate statement, a Labour spokesman said: “The Cabinet Office should block the publication of this tasteless cashing in on tragedy.”

The Covid-19 Bereaved Families for Justice UK said any memoir by Mr Hancock would “inevitably cause pain and hurt” for those mourning people who died after contracting the virus, and urged a rethink by the potential publisher.

So it’s not going great for Matt Hancock at the minute and now Alisitir Green has made a viral video of a ‘day in the life of Matt Hancock.’

The clip has gone viral as it is very funny

Have a watch here…

Related: Another Johnson U-turn? After PM gets ‘massive raspberry from everyone’