It comes as a Ukrainian sailor partially sunk a Russian arms tycoon’s yacht. 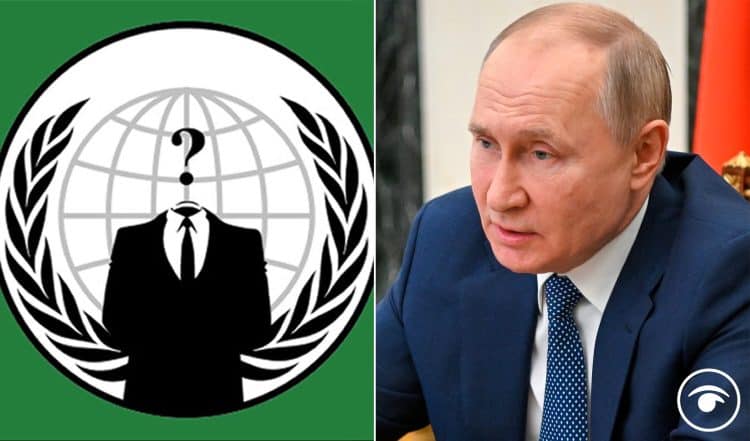 Russian media sites appeared to have been hacked in a cyber attack by Anonymous, with a message warning readers of “certain death” for troops in Ukraine.

They also changed its location information to make it appear that it crashed into Snake Island in Ukraine.

The hackers then renamed its destination to “anonymous” and “anonleaks”, before finally settling on “hell”.

Want a look aboard his yacht? Where did he get the money for this!

The home page for Fontanka, a news outlet based in St Petersburg, was replaced with text reading “Putin makes us lie” and urging citizens to “stop this madness”.

Fontanka and Tass were running normally again shortly after midday while Kommersant appeared to remain offline.

The message on Fontaka read in full: “Dear citizens. We urge you to stop this madness, do not send your sons and husbands to certain death. Putin makes us lie and puts us in danger.

“We were isolated from the whole world, they stopped buying oil and gas. In a few years we will live like in North Korea. What is it for us?

“To put Putin in the textbooks? This is not our war, let’s stop it! This message will be deleted, and some of us will be fired or even jailed. But we can’t take it anymore.

It bore the mark of Anonymous, the activist collective known for cyber attacks against some governments and corporations.

It came after a post on the group’s Twitter page declared “cyber war” against the Russian government following its invasion of Ukraine.

Other posts on Saturday evening announced the collective had taken down the Russian government website and hacked Russian state TV to broadcast “the reality of what is happening in Ukraine”.