"The owner of this ship is a criminal who makes his living selling weapons and now they kill Ukrainians," he told a court in Spain. 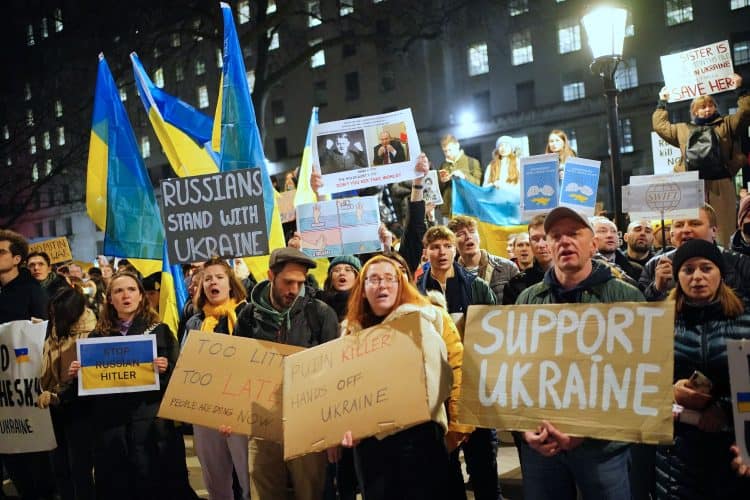 A Ukrainian sailor in Mallorca has been arrested for trying to sink a €7 million yacht owned by a Russian arms tycoon.

The yacht, named the Lady Anastasia, is a 156-foot-long boat with five cabins – and is owned by Alexander Mijeev, a former head of the Russian Helicopter Corporation.

In 2016, he took over Roster, a Russian state-owned weapons supplier.

The sailor, who has not been named, reportedly opened the ship’s valves – causing it to partially sink, according to Spain’s Ultima Hora newspaper.

He allegedly opened one valve in the engine room and another where the crew lives, before asking three other crew members – also Ukrainians – to abandon the ship.

Later, when he was arrested, he said: “The owner of this ship is a criminal who makes his living selling weapons and now they kill Ukrainians.”

Appearing in court, the sailor – who has been working aboard the yacht for a decade – pointed the finger at Mijeev for producing weapons used to attack Ukraine.

He reported witnessing news on television of a Russian cruise missile hitting a block of flats, and assumed the weapon had been made by his boss.

“The warhead did not explode, but more than five floors were still destroyed,” he said in his statement in court.

And the 55-year-old told a judge that he has no regrets – and “would do it again”.

“I watched the news about the war. There was a video of a helicopter attack on a building in Kyiv. The armaments used are produced by the yacht owner’s company. They were attacking innocents,” he said, according to the Majorca Daily Bulletin.

‘Just save your lives’

Ukraine’s president says 16 Ukrainian children have been killed and another 45 have been injured in the Russian invasion.

President Volodymyr Zelensky said in a video message that “every crime, every shelling by the occupiers bring our partners and us even closer”.

He hailed the sanctions that the West slapped on Russia, saying they have brought the Russian currency down.

He added that over 4,500 Russian troops have been killed and called on Russian soldiers to lay down their guns and leave.