She also hinted that he should perhaps look next door for the person who leaked his tax affairs. 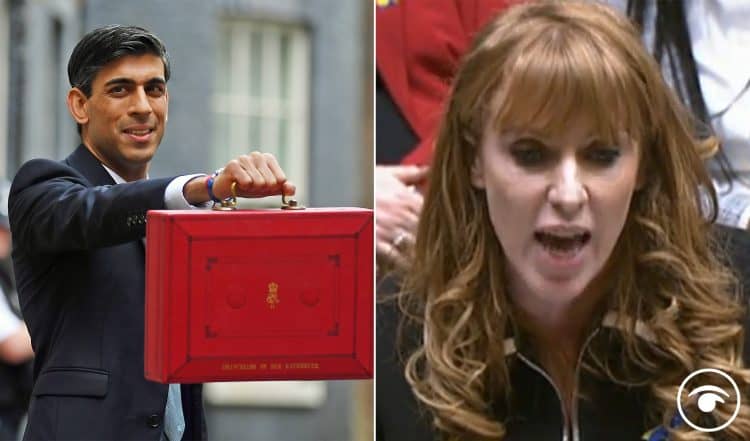 Embattled Rishi Sunak has “paid all of his taxes” and been very candid about his financial arrangements, a Cabinet colleague insisted after the chancellor requested an investigation into his own actions.

But not everyone agrees with this claim, including Angela Rayner.

Mr Sunak referred himself to Boris Johnson’s independent adviser on ministerial interests as he sought to fend off questions over his family’s finances.

In a letter to the prime minister, Mr Sunak asked that Lord Geidt should review all his declarations of interest since he became a minister in 2018 to ensure they had been properly stated.

He said he was confident he had acted appropriately at all times, but his “overriding concern” was that the public should have confidence in the answers.

Cabinet colleague George Eustice said Mr Sunak was the Chancellor “at the moment” and had paid all relevant UK taxes.

Mr Sunak’s political career is at risk of being derailed by the row over his wife’s non-domiciled status and his own former holding of a US green card.

The Chancellor’s decision to request an investigation by Lord Geidt was the latest attempt to defuse the political storm that has engulfed him.

“Keep my wife’s taxes out of your mouth?” Rayner tweeted, referring to actor Will Smith‘s words during his now-infamous Oscars ceremony appearance where he shouted at host Chris Rock: “Keep my wife’s name out my f****** mouth,” then went on to slap him in the face.

She then wrote a cheeky line tipping off the Chancellor as to who might have leaked his wife’s tax details. She said: “The leaking of any member of the public’s tax affairs is of course very serious, but he might just want to ask next door?”