The queues have been blamed on P&O, storms at sea, snow and "the customs process, etc". 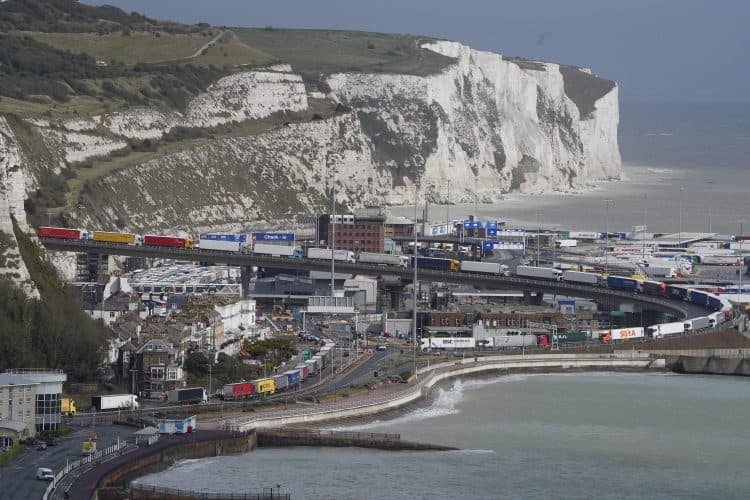 Brits travelling to France through the Channel Tunnel have been advised to bring food and drink, as lengthy queues persist at the Port of Dover.

Roads in Kent have been plagued by long delays in recent days due to a shortage of ferries, caused by the suspension of sailings by P&O Ferries after it sacked nearly 800 workers without notice.

Toby Howe, tactical lead at the Kent Resilience Forum, warned travellers to France to “allow a lot of extra time”.

He told BBC Breakfast that delays had been sparked by “the perfect storm”.

“Yes, we had the P&O issue,” Howe said. “We then had a storm at sea which meant that a lot of the ferries couldn’t cross overnight. We had a few problems with the customs process, etc.

“We then had some snow. We then had a train in the tunnels, so all of these things had added up to culminate in the problems that we have got for poor Kent at the moment.”

There had also been an IT issue with processing documents, he added. “Luckily things have been put in place now so that isn’t a delay but that was something that contributed to those initial delays.

“So last weekend Dover really suffered because of all of that congestion.

“But we have put traffic management plans in place now so that things can flow through Dover [which] can still function as a town, and Eurotunnel and the Port of Dover are able to operate as they need to.”

He added: “Make sure you have got some food and drink because there will be delays. A lot of the minor roads, therefore, are chock-a-block.”

It comes amid calls from British hauliers of perishable goods to be prioritised at the port crossing into Europe, complaining that long wait times are causing products to go bad.

According to the British Meat Processors Association, some members have had to wait for over 24 hours to cross, causing meat and other perishables to go bad.

A spokesperson from the organisation said that the suspension of the ferries had combined with other issues to create a “perfect storm” of problems with the export process.

“The priority for the authorities should be to help lorries with perishable goods get through as quickly as possible.

“Shelf life is being lost which costs money and creates waste and business will be lost if this continues,” he said.

“We need the authorities to review the situation as soon as possible and take some appropriate actions.”

One meat haulier, Eardley International, told the BBC lorries were experiencing delays of “20 to 25 hours to cross the Channel”.