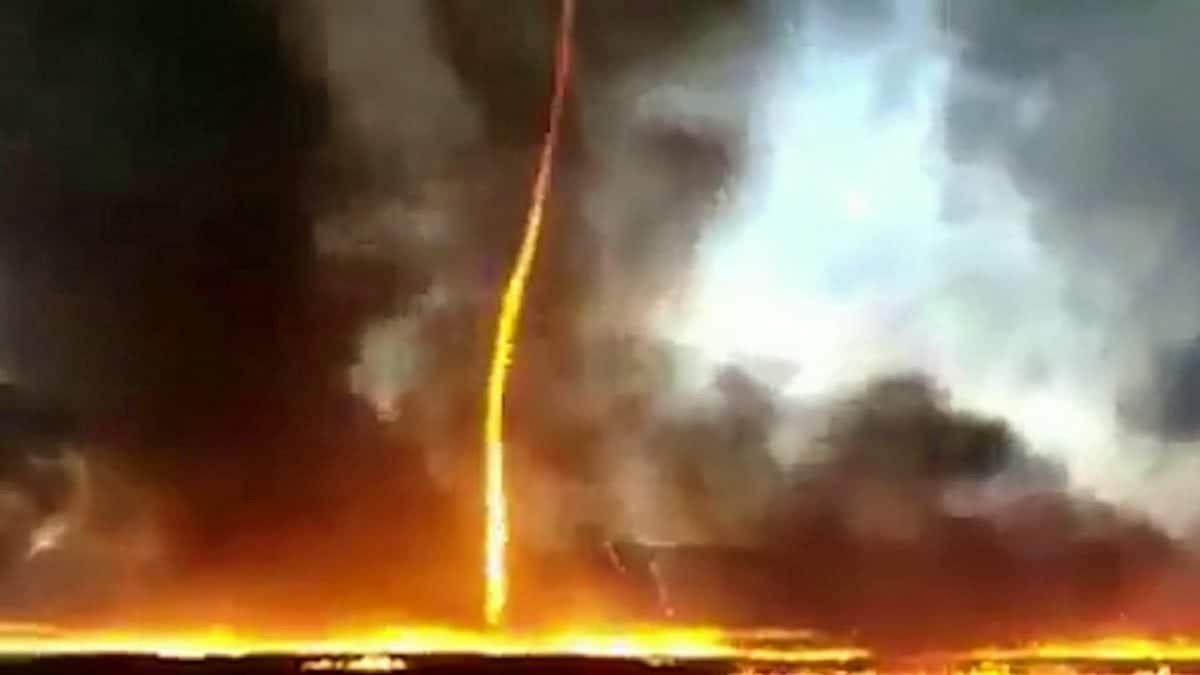 Extraordinary footage shows the moment a giant spiral of flames known as a “firenado” broke out during a factory blaze.

The 50ft-high column of swirling fire could be seen up to 26 miles away after the inferno broke out in the early hours of Tuesday (7/8).

Fifty firefighters dashed to Ravensbourn plastics factory in Swadlincote, Derbys., just after 1.40am. 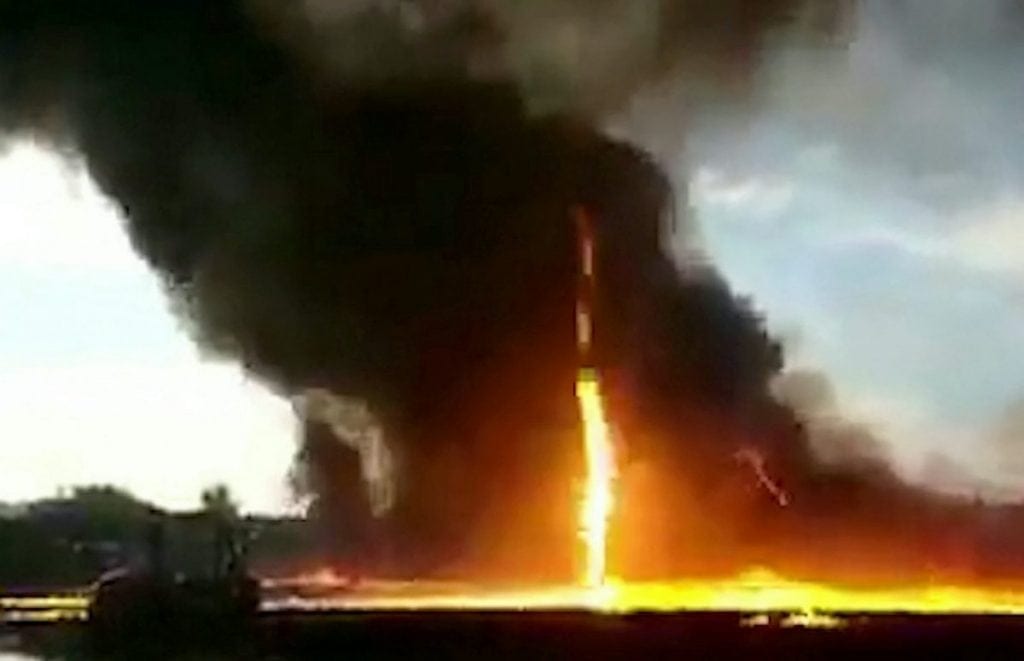 Leicestershire Fire and Rescue Service filmed the mesmerising moment a 50ft “firenado” spiralled into the air from the centre of the blaze.

The phenomenon, also called a “fire whirl”, occurs when cool air enters the top of an area of hot air.

The road was closed in both directions while fire crews battled the blaze. East Midlands Ambulance Service attended but no injuries were reported.

A spokesperson for Leicestershire Fire and Rescue said: “In the early hours of Tuesday, firefighters from Ashby Station were called to a large fire at Occupation Lane, Swadlincote.

“Whist we were firefighting at Occupation Lane we witnessed a firenado or a fire whirl.

“It’s created as cool air enters the top of the hot air causing a swirl similar to how a tornado is formed.”

“At the height of the fire, ten fire engines, crews and specialist appliances from across Derbyshire, Leicestershire and Staffordshire had been at the incident.”

Fire investigators are still trying to establish the cause of the blaze. 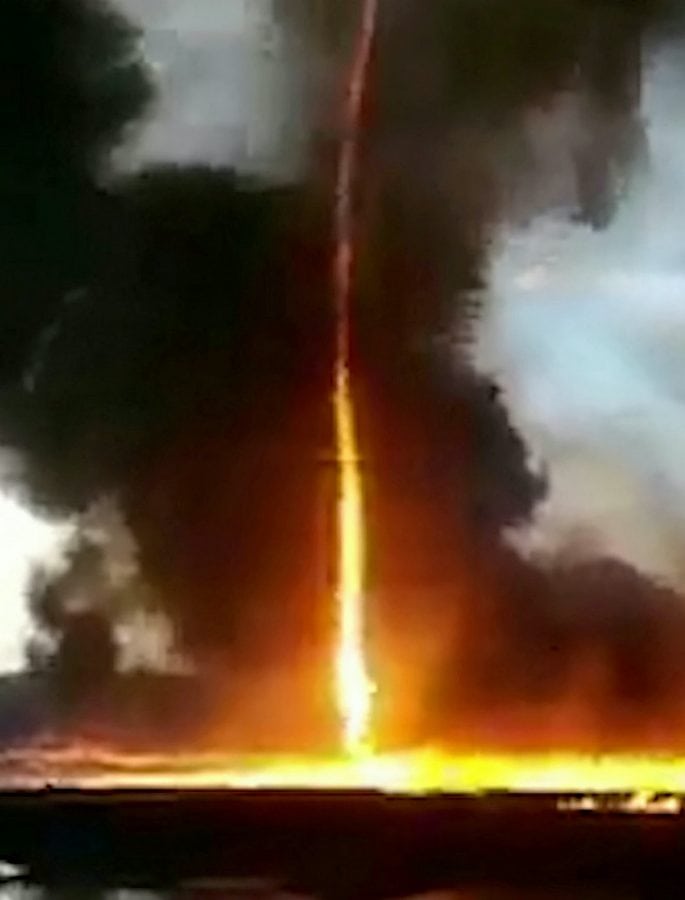 The film of the firenado was posted on Facebook and quickly went viral with thousands of people sharing and viewing the footage.

Facebook user Rob Higham said: “It was me who called 999 and I smashed the locks off both sets of gates ready for you guys.

User Val Ingram said: “Thanks for all you do that looks like a scene from a horror film.”

User Anita O’Connell said: “Hope everyone (including fire service) are all okay.” 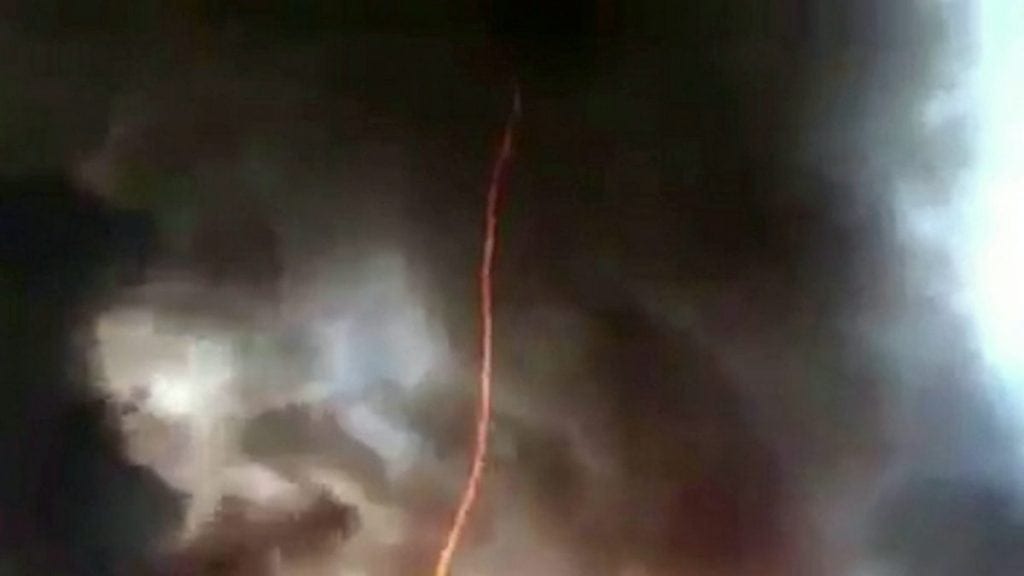 Factory owners David Meredith, 74, and his son Russell, 36, said three members of staff were in the factory at the time of the blaze but they escape unharmed.