Joshua Emden, a senior research fellow at IPPR, said: “At a time when people’s incomes are being squeezed, stripping protection from their homes, children and our energy system would be alarming and dangerous. 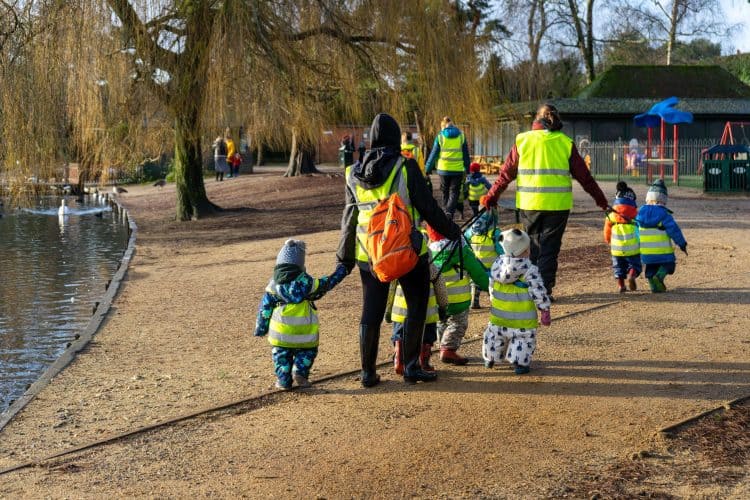 The next prime minister should cut red tape for housing, childcare and energy to help counter spiralling costs for households, the Institute of Economic Affairs (IEA) has said.

In a new report, the free-market think tank argues that cash handouts “act as mere sticking plasters” and drive up inflation.

Instead, the Government should focus on deregulation, the IEA said, in proposals branded “alarming and dangerous” by critics.

The IEA said that childcare costs, which in the UK have risen to one of the highest levels in the developed world, could be cut by around 40% – or more than £300 per child per month – by relaxing staff-to-children ratios and other rules.

It said easing land use planning restrictions could see private sector rents in England drop by 35%, saving the average household around £250 per month.

Deregulation of the energy market and tax cuts, including removing VAT on fuel, could reduce transport costs for the typical consumer by £200-250 a year, and energy bills by around £240, the IEA added.

Matthew Lesh, IEA head of public policy, said: “The cost-of-living crisis is an ideal opportunity to reconsider the underlying policies that are driving up costs for families.

“Britain needs a serious supply-side reform agenda that would significantly boost quality of life for millions, make life easier for entrepreneurs and unlock our stalled productivity”.

Dr Kristian Niemietz, head of political economy at the IEA, said: “In a number of important sectors, Government policy is systematically driving up the cost of living for no good reason, and has been doing so for a long time”.

But representatives from the progressive think tank the Institute for Public Policy Research (IPPR) criticised the IEA’s suggestions.

Joshua Emden, a senior research fellow at IPPR, said: “At a time when people’s incomes are being squeezed, stripping protection from their homes, children and our energy system would be alarming and dangerous.

“For example, removing planning permissions leads to poor-quality housing and energy bills that can be as much as £500 higher than they need to be.”

Rachel Statham, an associate director at IPPR, added: “The notion that our childcare crisis can be resolved by slashing staff-to-child ratios – a key marker of quality in the sector – is a fundamental misdiagnosis of the problem.

“In order to deliver on the promise of levelling up on children’s outcomes we need to see efforts to improve affordability alongside measures to improve the quality of early years education, or else we can expect to see gaps between disadvantaged children and their peers widen further”.