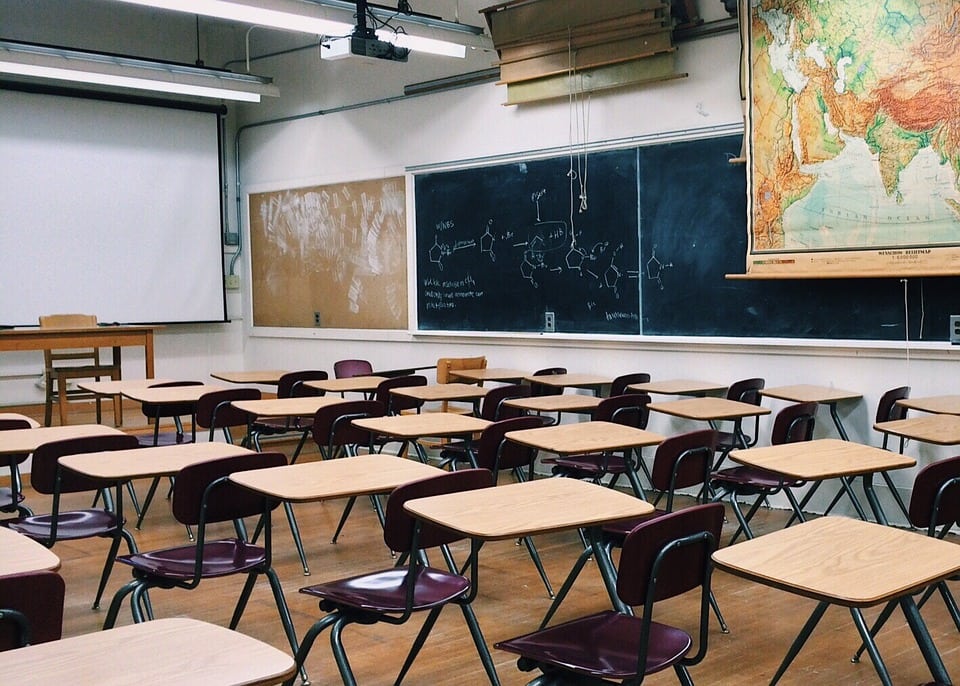 It was reported earlier this year that London schools will face losing up to £333 per pupil in cuts. Justine Greening, Education Secretary, has highlighted an attempt to “rebalance” school funding, which will ultimately have a huge impact on pupils throughout the capital. However, it is not only the students whose education will be negatively impacted, but the livelihoods of teachers across the UK will be at risk.

Teachingjobsinlondon.co.uk has investigated this issue of teacher job cuts across the capital, to ascertain who will be the most affected.

The findings were analysed using Department for Education data by School Cuts, and overall found a disturbingly high figure of 17,645 job losses for teachers which will take affect by 2020.

Those who are being knocked the hardest through teacher job cuts, are the London boroughs of: Newham (1074), Tower Hamlets (891), and Southwark (808). Those who are to be least affected by teaching cuts will be Richmond Upon Thames (249), Kingston Upon Thames (249), and Merton (204). Astonishingly, those with the highest cuts, seem to be those schools in the most deprived areas. The map produced by Teachingjobsinlondon.co.uk, highlights that the inner-city London schools are to suffer the most critical consequences. In contrast, those situated in more affluent areas, such as Richmond-upon-Thames, will have the least teacher job cuts implemented. 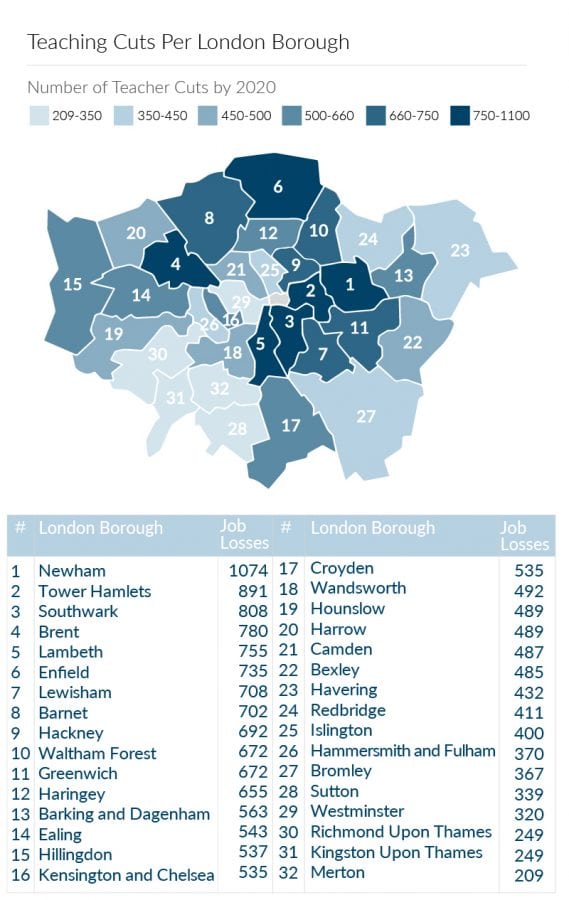 Dr Mary Bousted, general secretary of the Association of Teachers, highlights that these cuts will result in “increased class sizes (with) fewer teachers and support (for) less vulnerable children”. As a direct result, education in England is to experience one of the largest and detrimental cuts on a large scale, since the 1980’s.

Teachers and parents are now being forced to lobby against these cuts, to save the education of their children, and the livelihood of thousands of teachers whose jobs are on the line. The National Union of Teachers is “calling on the Government to increase school funding by at least three billion, which would be cut by 2020”.

Additionally, Andrew Lynch, managing director of Teachingjobsinlondon.co.uk, has commented on: “With the impending snap election, teachers will largely base their decisions on what party leaders promise regarding education. The system cannot afford these cuts. It is not only damaging to the lives of teachers but the future of children currently in education. Our research highlights ludicrous plans to cut jobs in the most deprived areas, risking future hope and social mobility for those children who need it the most.”