This is the moment a male stripper proposed to his tribute act singer girlfriend – on an Easyjet flight to Benidorm. Christine Surgenor and Trevor McFarland met ten years ago when she appeared on the club circuit as Shania Twain – and he wowed hen parties with his physique. They had booked a trip to […] 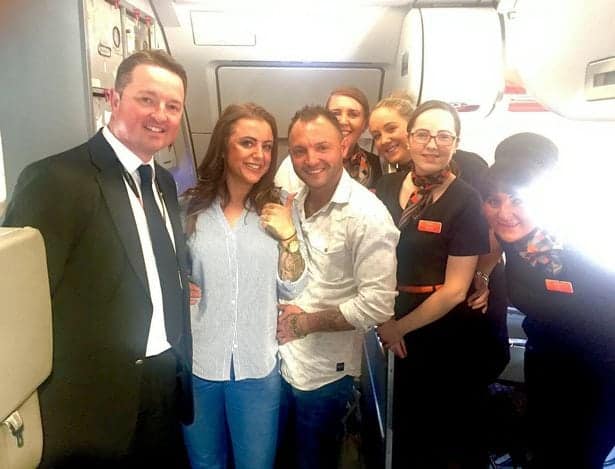 This is the moment a male stripper proposed to his tribute act singer girlfriend – on an Easyjet flight to Benidorm.

Christine Surgenor and Trevor McFarland met ten years ago when she appeared on the club circuit as Shania Twain – and he wowed hen parties with his physique.

They had booked a trip to the Spanish resort but when the high-flying couple boarded the jet Christine noticed her partner was acting strangely.

Christine, 37, was confused when her former hen-do stripper beau disappeared into the toilet for a long time.

But the penny dropped when she heard the captain say: “We have got a passenger on board who has got a very special announcement.”

From her window seat, Christine was astonished to see her boyfriend of one year get down on one knee and present her with a huge aquamarine-and-diamond ring.

Holidaymakers clapped and cheered as former male stripper Trevor, 36, asked mum-of-one Christine to marry him and made a speech in front of hundreds of passengers. 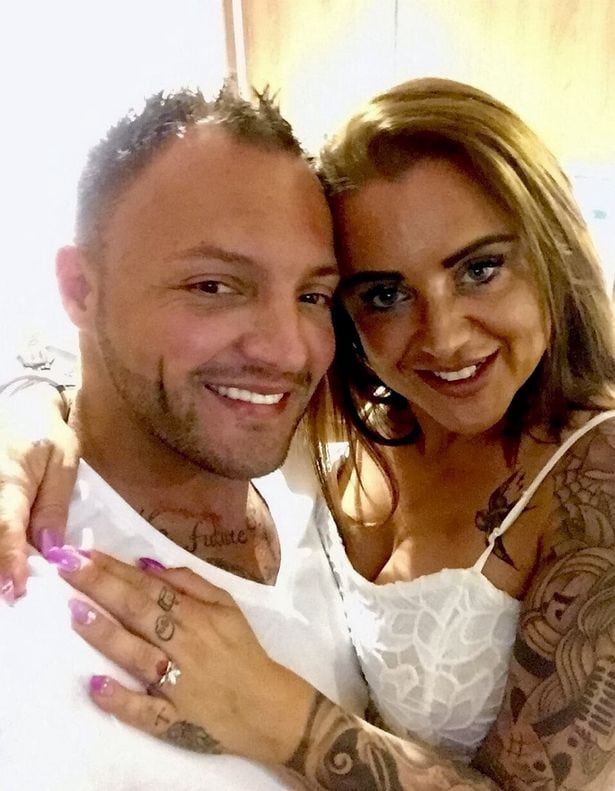 Christine, a singer who performs as a Shania Twain tribute act, said: “We’d talked about getting engaged but I didn’t know he was going to do it so soon.

“We were just going away for a few days before setting up a business together, to get some R and R.

“We thought we’d probably not be able to go on holiday for a bit.”

The Airbus was packed with tourists flying from Belfast to Alicante, and Trevor had been knocking back whiskeys in the airport lounge before they took off.

Christine said: “We were about 30 minutes into the flight when they came round with drinks and Trevor said he needed to go to the toilet but he was taking forever.

“He’d been not himself recently but I thought it was stress. In fact he’d been having a chat with my best friends and my son, discussing it for ages.”

All eyes were on Row 20 of the packed flight as the couple agreed to tie the knot. 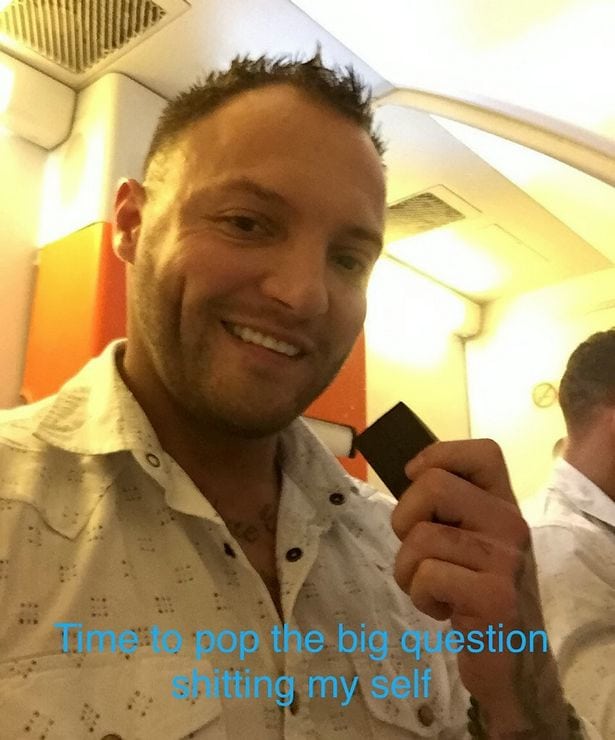 Christine said: “They are going to come to the wedding next year.Everybody has just been amazing.”

The holiday was only booked about a month before, and Trevor had been struggling to think of the right location.

He said: “I finally paid for the ring on our anniversary and I’ve been carrrying it around in a rucksack ever since.

“It’s been hard to keep a secret from her. I’ve been engaged before but there was no romance in it, no feeling in it.

“Since I met Christine it is like they never existed – she’s the only woman I’ve ever really loved.”

His fiancée added: “I actually think we are made for each other.”

Their romance began with a holiday, when the pair, who were friends at the time, agreed Christine would take the place of one of Trevor’s pals who pulled out. 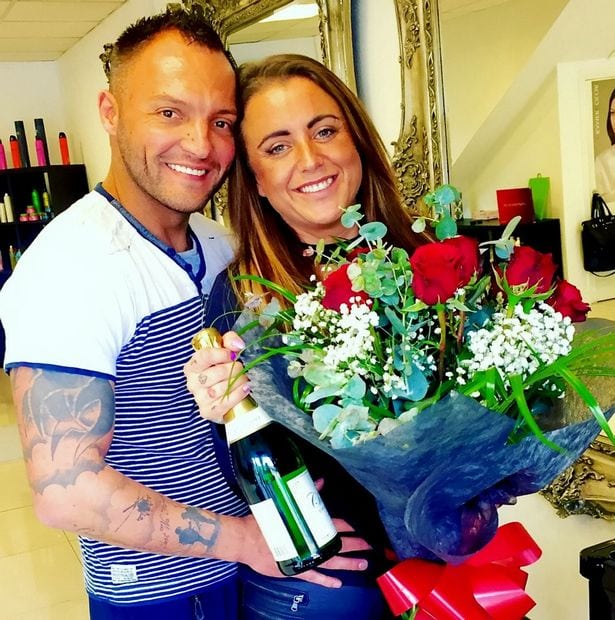 Christine said: “I’ve known him for about ten years but he was a stripper and I thought ‘he’s probably a sleaze.’

“It all changed when I met up with him a year ago. When you see someone on the circuit you don’t really know them.

“He’s one of the most professional male strippers I’ve ever seen.”

She added: “He always fancied me, apparently.”

Dad-of-two Trevor gave up that line of work at the time the couple got together, and dedicated himself to building a personal training business with his new partner.

To cement his commitment to her, he got Christine’s initials tattooed on his neck after four months.

They each have matching tattoos – he has a ‘K’ for king, and she a ‘Q’ for queen. 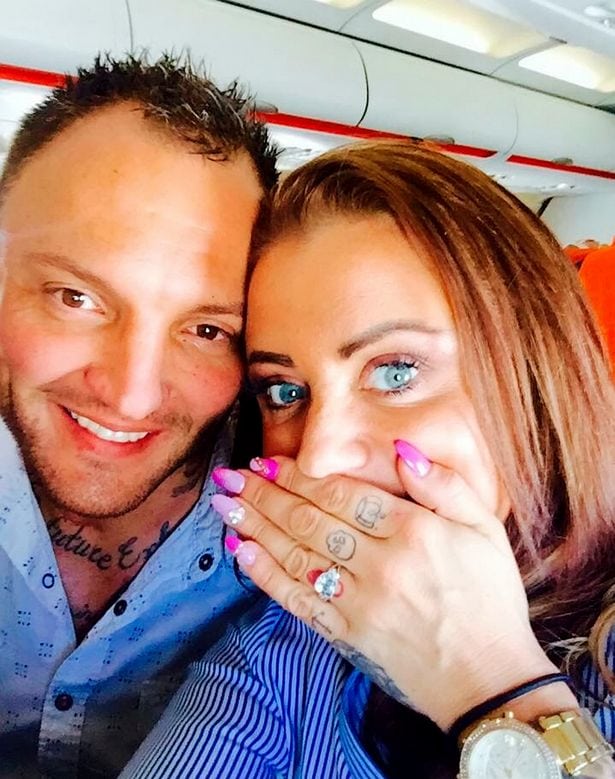 Christine said: “It all started when he booked a holiday and a friend had let him down.

“I thought ‘we could go as friends’ and we met up a couple of times, but by the time we went away we were a couple.

“I can’t believe how everything has turned out.”