Graham Ascroft, 60, was ordered to pay back a total of £90,665 at Maidstone Crown Court on May 31 - just over four years after he was found guilty of stealing an entire lorry filled with the tasty treat.

by Ben Cusack
in Broken Britain, Must Reads, Weird News 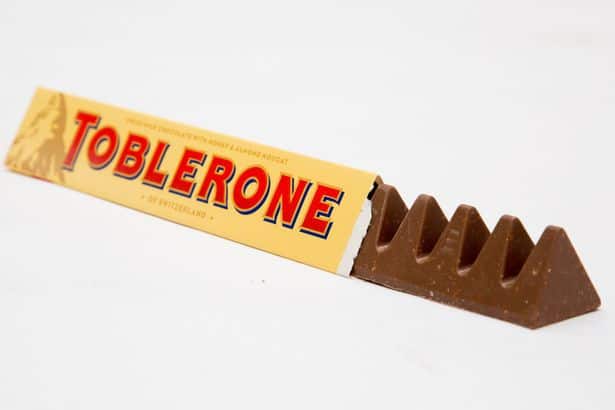 A sweet-toothed swindler has been ordered to pay back his ill-gotten gains after stealing £80,000 worth of TOBLERONES.

Graham Ascroft, 60, was ordered to pay back a total of £90,665 at Maidstone Crown Court on May 31 – just over four years after he was found guilty of stealing an entire lorry filled with the tasty treat.

He was also jailed for four years and eight months for his part in the plot to steal a £12,000 refrigerated unit containing £79,264 worth of the Swiss chocolates.

Police have not released what size bars they were, but assuming they were the standard, £3 Toblerones, there would have been almost 26,500 of them.

When stretched end-to-end, the haul of chocolates would be 14,260 feet long – almost as tall as the mountain on the packaging – the 14,692ft Matterhorn.

Ascroft, from Preston, Lancs, and his five co-conspirators also stole a pallet of whisky worth more than £8,000 and a HGV tractor unit worth £14,000.

The gang were said to have travelled down from Merseyside to Dover, Kent, to steal from the lorries in April 2013.

Jurors at the trial in May 2015 heard that after they were caught, detectives found pictures of the stolen whisky on one of the gang member’s phones.

Speaking after the hearing, Detective Chief Inspector Patrick Milford said: “Graham Ascroft and his associates were organised, professional thieves who stole lorries and their loads in order to sell them on.

“Our financial investigators work hard to ensure offenders like him are not allowed to live off money that has not been earned via legitimate means, using legislation under the Proceeds of Crime Act to ensure they must repay what they are not entitled to.

“This is another fantastic result for the team and further evidence that we simply will not allow offenders to reap the financial rewards of their crimes.”

MORE CRIME NEWS: Man found with staggering stash of cannabis spared jail after judge agreed he intended to smoke it himself