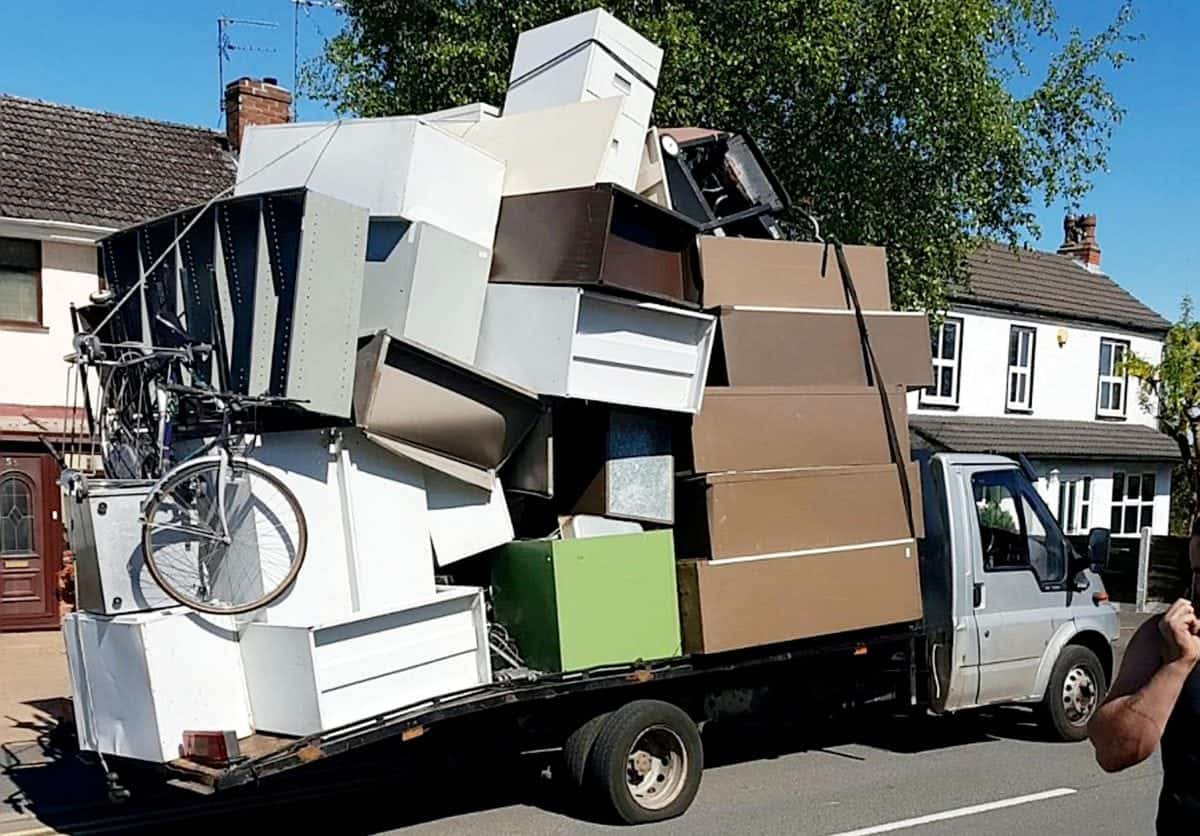 Traffic cops were stunned when they pulled over a flatbed truck which was carrying furniture and bicycles piled 20ft high.

A picture taken of the vehicle shows dozens of bookcases, filing cabinets, shelving units and a barbecue causing the back of the truck to begin to buckle.

The overloaded truck was spotted by officers in the Central Motorway Police Group on Monday.

The driver was pulled over in Cannock, Staffs., after driving around with just a few straps to hold the huge down.

CMPG tweeted at 9.34pm: “B unit supported Cannock LPT officers in taking this dangerously overladen vehicle off the road today, we were working with colleagues from DVSA who found multiple defects.

Twitter users expressed their disbelief at the dozy driver.

Russ R tweeted: “Just when you think you’ve seen it all.” 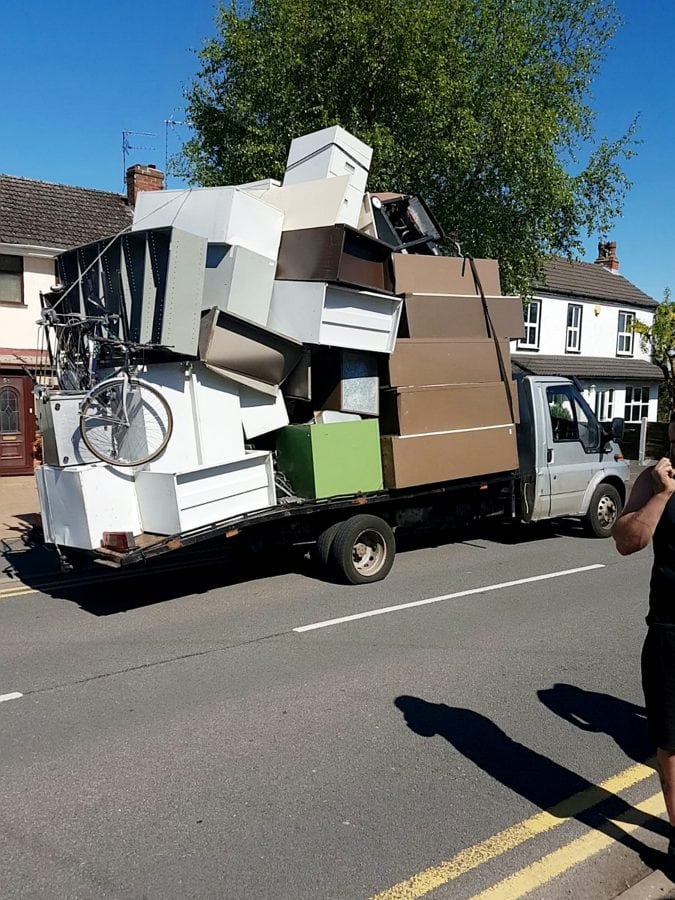